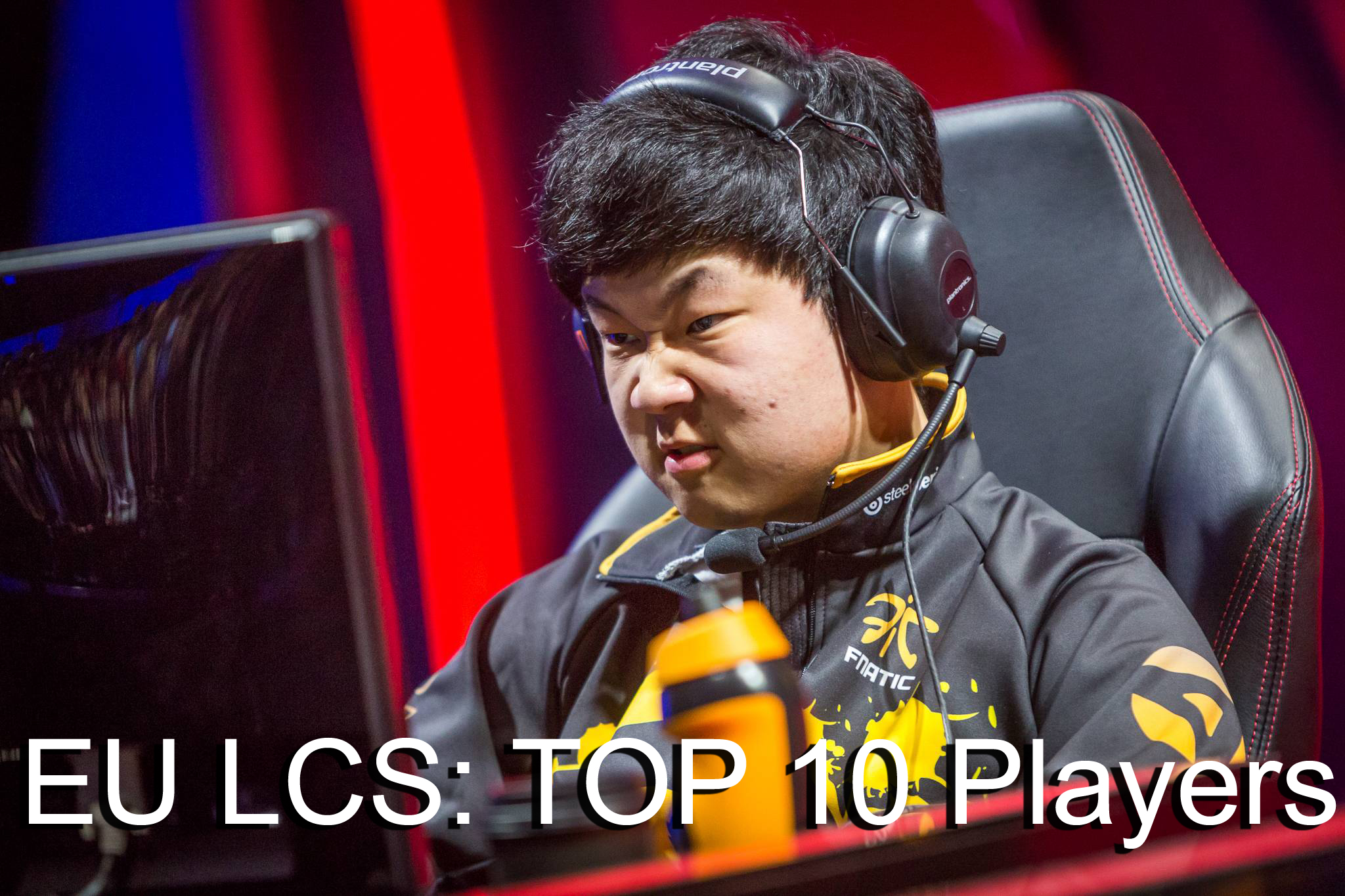 So, I should start by introducing myself… in a manner of speaking at least. I work full time in eSports, but I’m primarily from a writing background, though I have written very little over the past few years. Typically I would write about philosophy, sport and of course my foremost passion, eSports.

Because of the position that I hold within the League of Legends scene however, I am unfortunately unable to reveal my identity. Instead I will simply use the pseudonym ‘Mr_Anonymous’. My position allows me to access information that others do not have, and while it will never be my intention to use this information in a damaging way, I believe it’s best if I remain unidentified.

As an example, in this my first article, I reference (albeit very sparsely) scrim performance, but I would never talk specifically about any individual’s picks or bans, or anything else that could potentially disadvantage them or their teams. It is my goal to provide an alternative perspective with an ‘insider’ aspect. If there is ever a point where I feel I have overstepped my mark I will terminate this project without hesitation.

Now to the subject matter: The Top 10 players in the European LCS.

What do I mean by this and what is my criteria? While I am not totally ignoring player achievement and reputation prior to this season, my primary focus will be on those that have been performing at an ‘elite’ level this season. I place slightly more weight on the level of impact a player has on his team’s victories, rather than just matching a certain level of play or consistent laning for example. For those reasons, players that might still be ‘top 10’ such as Rekkles, Fredy and Froggen, do not make this list.

There is no doubt that ReignOver has gone above and beyond what most of us expected to see from a player that lost out to Bengi in a brief trial with SK Telecom. His Rengar in particular has been outstanding in a region that generally seems to struggle with the stealthy kitty. fnatic as a whole have been championing the hyper aggressive team fighting style, and no one has benefitted more from it than jungler ReignOver. He typically dictates the tempo from the early game, setting up kills around the map from which his relatively inexperienced teammates are able to snowball from.  However ReignOver’s weakness is also his team’s weakness. Up until now, player and team have both been very one dimensional. Despite an impressive dismantling of SK Gaming, Fnatic and ReignOver are beginning to get caught out and unless they diversify, I can see ReignOver and his team drifting down the standings towards the end of the split.

What can you say about KaSing? The only remaining undefeated player in the LCS, KaSing has been outstanding in all but one of his team’s 6 wins since Week 3. The only minor gripe being questionable positioning during H2K’s latest victory against Giants, a game in which he still made one of the best plays of the season so far – impossibly saving his ADC while simultaneously setting up a kill for Ryu. He seems to have revolutionized every player on a team that was still searching for its identity. Arguably no one in the LCS has made a bigger impact on the success of their team than KaSing. At this point however, I can’t place him any higher, having only played 6 games thus far.

Another member of fnatic that has exceeded most people’s expectations is Huni. Like his jungler, he thrives on aggressive early game plays. When playing on hard engage champions Rumble and Lasiandra, fnatic have dropped just one game (88.8% win rate). However, he is yet to really perform on a tank, having subpar performances on both Gnar and Maokai.

Huni is a skilled, playmaking top laner that I’d like to have higher on my list if it was not for a couple of shortcomings. Firstly his performance against Gambit was just embarrassing, going 1-9-6 on Maokai. His constant poor positioning was a legitimate case of feeding that totally hamstrung his side and squashed any chances they had of getting back into the game. Now of course, even the best players can have a bad game and if he had been on Rumble that game I might have put his performance down to just having a ‘bad day’. However having seen Huni play frontline tanks 3 times this season, I am more of the view that he just can’t play them, or at least I have seen no evidence to suggest that he can. It is my opinion that a well prepared team and coach could quite possibly nullify the threat of Huni during the ban phase.

Super talented with a taste for the unusual, PowerOfEvil is a star in the making. It was always a mystery to me why the highly mechanical, highlight-reel mid laner wasn’t taken in by NiP after mercing for the Swedish organization at Dreamhack summer. But NiP’s loss was Unicorns’ gain, and the 17 year old German has never looked back. Re-popularizing champions such as Casiopia and Syndra during his time in the challenger scene, his stock has only continued to grow.

It’s a shame perhaps that both PoE and UOL have started experimenting less with unique picks and have settled into a more ‘Meta’ game, but we’re still treated to a Unicorn’s special every now and then. Notably PoE taking Kog’Maw mid, albeit against Meet Your Makers in Week 4. It remains to be seen whether or not PoE will be ever be a serious threat on the world stage, but he’s certainly making waves in a region famed for its highly skilled Mid Laners.

A player who along with his team, has dropped off just recently, Svenskeren is still the only legitimate ‘world class’ jungler in EU right now. Up until the loss to fnatic, Sven, not FORG1GEN, was the primary play maker in that undefeated SK Gaming side. Sven has always had a decent champion pool but also seems to adapt to new Meta faster than the majority of his competitors. His blind pick Nidalee in Week 3 was beautiful, showcasing genuine, jungle innovation which is a rare commodity, being as deep into League’s life cycle as we are. Rather than nRated, Sven has in actuality been the guy who has more often than not helped to snowball the beastly FORG1VEN.

The most talented of the new breed of EU midlaners, febiven, unlike his contemporaries has been consistently excellent throughout. Posting a KDA of 8.1, the scariest stat is actually the fact that 3 of his best games have been on Xerath, a champion not heavily associated with febiven who is typically more comfortable on mobile assassins. The young Dutchman has often sacrificed his playmaking role this split to help his overall team composition, while still consistently posting big numbers. While community comparisons to Faker are perhaps still a far cry away, he’s certainly someone I can say is continuing to live up the his hype.

The Wolves impressive upswing since Freeze’s arrival is not down to luck or coincidence. It comes down to 2 main factors, a team who are beginning to embrace their limitations but also realizing that they have a real star in their ADC.

There is no doubt that Freeze or no Freeze, the Copenhagen Wolves have come far as a team in the last few months, replacing a skill reliant skirmishing style with a more methodical objective and team fighting orientated style. However, it is really Freeze who has facilitated that progress as an omnipresent threat in the bot lane. Perhaps now even to the same extent as Froggen’s Anivia, Freeze’s Draven doesn’t need to be understood, it just needs to be respected.

The only true Top lane carry in the West, Odoamne is a human wrecking ball and the spiritual brother of Gogoing. There will be those who might criticize this comparison but allow me to apply some context. He is a top laner that is consistently the main carry on his team. Who else in EU or NA can you honestly say that of? Win or lose he is the driving force of H2K, capable of single handedly carrying team fights on a plethora of different champions.  You have to trace his career back a little further to see the full extent of the Romanian’s diversity and champion pool, but he has always drawn bans yet has never been banned out. He is the front line, the playmaker and the shot-caller, and like his Chinese brother, he absorbs it all on his manly chin.

What is there really left to say? Konstantinos ‘FORG1VEN’ Tzortziou is an absolute tour de force in the bottom lane. I don’t think I have ever seen a western player with such a relentless, aggressive pushing style. He pushes his opponent out of lane by 6 minutes, takes tower and continues to push until the whole of the enemy team is forced to react; abandoning their game plan and leaving themselves open around the rest of the map. There is no doubt that SK’s lack of wards would have been punished even further this season if FORG1VEN hadn’t been constantly drawing so much attention down the bottom side of the map. Every bit as feared in scrims as he is in LCS, ‘consistency’ and ‘talent’ should both be synonymous with FORG1VEN this season. My only criticism of such a stellar split would be that he hasn’t shown a great deal of diversity. But hey, if you’re that good at what you do, why bother.

The smartest player in EU – by far. What Yellowstar has accomplished this season is simply incredible. The term ‘from scratch’ has never been more applicable than with fnatic this season. Yellowstar has single-handedly taken a combination of unknown foreign talent and unproven EU talent and forged a top 2 team in less than 2 months. Heading up his team’s unique strategy and shot-calling while also carrying an inexperienced ADC through every laning phase seems almost fictitious. On top of all of that I would also argue that he has been the biggest factor in the majority of fnatic’s team fights this season, bar perhaps some of Huni’s Rumble Equalizers. I would go so far as to say what Yellowstar has accomplished this season is perhaps his greatest achievement since he started playing League back in Season 1. But is the team’s surprising success enough to delay his planned retirement at the end of the split?