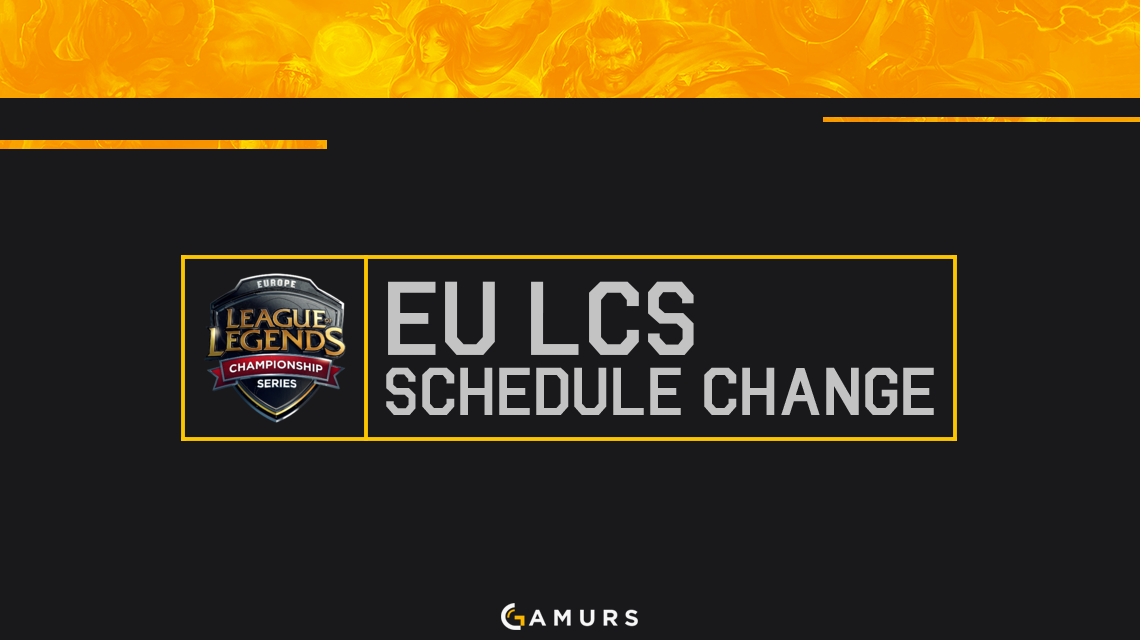 The actual schedule will stay the same, with G2 Esports kicking off the week with a match against Vitality on EULCS1, while on EULCS2, Fnatic and Team ROCCAT will play first. Both of these matches will begin their respective streams at the same time at 12:00 p.m. CEST on Saturday. Matches will continue to be played from there, with Origen vs. Splyce, and Unicorns of Love vs. H2k-Gaming being the other two matches on EULCS1. EULCS2 will end after just two matches, with FC Schalke 04 vs. Giants closing that stream out.

Riot’s goal for this new stream schedule is to have the EU streams done and over so they can throw it over to the North American stream by 9:00 p.m. CEST. It is worth noting that if all goes well on the European side, the North American schedule should not be affected.

It will be the same start and end times on Sunday, with Giants vs. Team ROCCAT opening EULCS1, and what is probably the best and final match of the European LCS for the 2016 Summer Split between Fnatic and G2 closing that stream out. FC Schalke 04 and Vitality will lead off EULCS2 and Origen vs. H2k-Gaming will end it before it is tossed over the pond to the NA LCS in Los Angeles.

This gives those of you who play fantasy sports a couple of extra days to make those tough decisions on who to start in the final week of play. Look out for our Start ‘em, Sit ‘em article, which will be published sometime in the coming days, for advice on who is going to provide the most for you in the final week as thousands of fantasy players battle for their league championship.

The real LCS teams will also be fighting for position as they head into the playoffs. A couple of the notable battles in the standings are as follows:

So remember to adjust your schedules if you want to catch all of the EU LCS action in their final week of play.