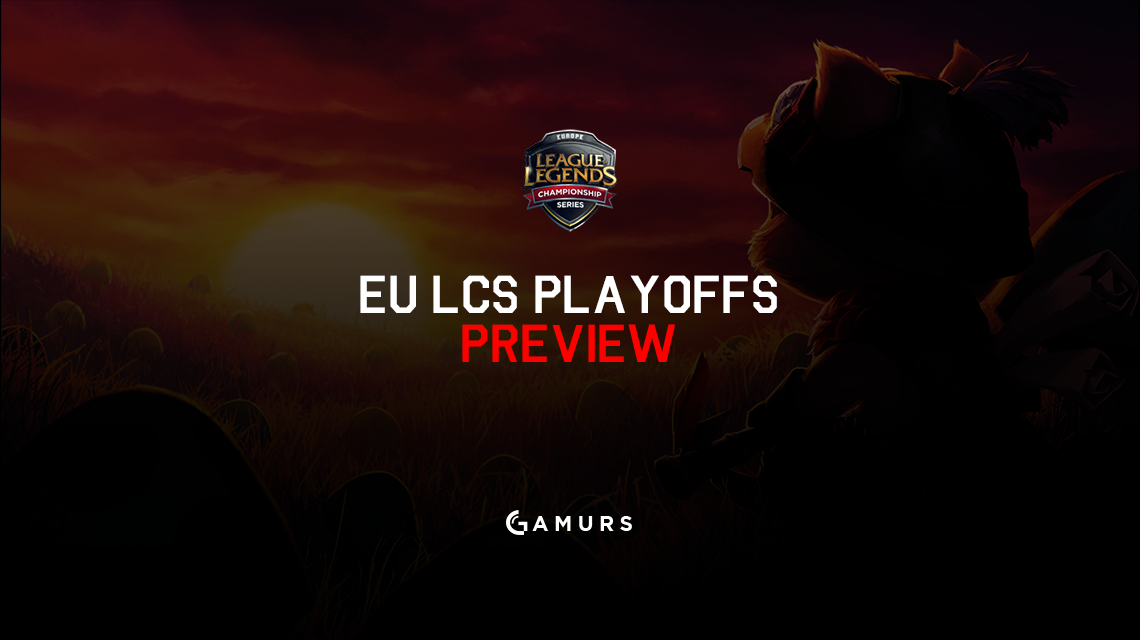 The European League Championship Series is preparing to crown the champion of their 2016 Summer Split. Six of the top teams from the European region will battle it out in Krakow, Poland for the title. In this article we will look at those six teams, how they got here, and what they bring to the table. We will also touch on the matchups that the teams will play through to have a chance at hoisting the trophy by seasons end.

First we will look at the No. 1 seed, G2 Esports. This team took home the trophy last split, and are looking to repeat. Their lackluster performance at the Mid-Season Invitational is behind them, and they looked very good all throughout the regular season. Plus the collapse of their main competitor, Fnatic has made this team look even better. Look for them to shine brightest in Poland. They have a first round bye and will be playing the lowest seeded team advancing from the first round of play.

The No. 2 seed is Splyce. This team was on fire late in the split, charging through the standings and the competition. In week two this team was in sixth place, but they constantly rose up as the season progressed. That includes a two place jump between weeks five and six. By week eight they were in second place and remained there until the end of the season, securing their first round bye. Splyce will be matched up against the highest seeded team that advances from the first round of play.

The No. 3 team is Giants, who capitalized on the stumbling Fnatic in week nine to secure third place. Giants has seen a little bit of everything this split. Starting the season off poorly with an 0-2 record lleft them in ninth place after week one, but things slwoly improved. They teetered on the relegation line but eventually found some momentum in week five and have been on a steady climb since then. They play Unicorns of Love in the quarter-finals with a match against G2 or Splyce waiting on them if they win.

H2k, by way of an outstanding week nine performance that included a win in a tiebreaker match against Fnatic, secured themselves the No. 4 seed. Their AD Carry, Konstantinos “FORG1VEN” Tzortziou was put back into the starting lineup for week nine after Aleš “Freeze” Kněžínek was diagnosed with tendonitis. This move proved successfully and, with very little practice, H2k still managed a perfect weekend. They announced on Thursday that FORG1VEN would be staying in the lineup for playoffs. A perfect weekend with no practice leads you to believe a week with practice promises good things for this team. They play Fnatic in the quarters with a matchup against G2 or Splyce in the semi-finals if they win.

Speaking of Fnatic, the No. 5 team has seen their lows recently parting ways with their head coach Deilor, and dropping all the way from second to fifth in two weeks. This team desperately needs to find the right road and get back up to speed, or these playoffs are not going to be fun to remember for Fnatic and their fans. Fnatic have not won a series since week seven when they beat their quarter-finals opponent H2k, though it has been a long few weeks since then and H2k has gotten their revenge, beating Fnatic in a tie breaker. It’s going to be an interesting series that will prove if Fnatic can rebound from their woes.

The final and No. 6 seeded team is Unicorns of Love. A team that squeaked through into the playoff picture in week seven and have managed to stay in since then. The team has had some low points, dropping down into tenth place in week three, but managed to rebound from there and secure the final spot in the playoffs. They play Giants in the quarter-finals and will then have to play G2 in the semi-finals if they win.

So there are the six teams that will all fight for a chance to hoist the trophy at the end of the tournament in Poland. All of the action begins when Unicorns of Love plays Giants on Aug. 13, which is followed up by the H2k-Gaming and Fnatic match a day later on Aug. 14.

All the action wraps up on Aug. 28 when the finals are played, with the winner of that finals match being crowned EU LCS champions and automatically receiving a spot in the 2016 Worlds tournament.