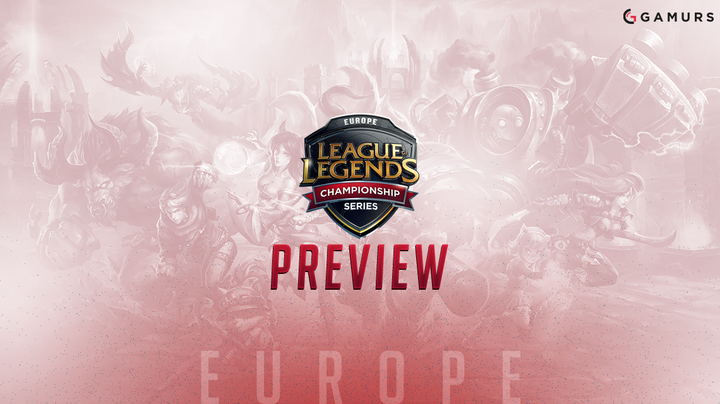 For those looking to get an overview of the current rosters and some insight on each team, you have come to the right place. The starting rosters below are the ones posted by lolesports, the official eSports website for LoL. Here is a preview for each EU team going into the Summer Split:

Schalke acquired Elements’ EU LCS spot in May. Despite finishing in seventh place last split, the team did not make many changes except bringing in mid laner Fox from the Unicorns of Love. The team started off the Spring Split 3-3, but finished 3-9. Looking to change their fortunes, Schalke is likely aiming to bolster team chemistry and synergy instead of buying a new team.

One of the most notable moves in all of the EU LCS for the upcoming split is the return of all-star support and shotcaller YellOwStaR to Fnatic from NA LCS organization Team SoloMid. Fnatic finished the group stages in a measly sixth place but ended up finishing third overall. Fnatic ended the split strong, beating Team Vitality (13-5) 3-1, but then they lost 1-3 to eventual Spring Split champions G2 Esports (15-3) and then finally they beat H2K (14-4) 3-2. Fnatic looks to reclaim the EU LCS crown after braving an unusual split for the organization. To most, Fnatic looks to be early favorites to win the Summer Split due to how they finished the Spring Split in addition to the relentless bot-lane duo of Rekkles and YellOwStaR.

The changes for G2 lie in the bottom lane, where Zven and mithy (from Origen) will try to keep the mishaps of the 2016 Mid-Season Invitational from becoming a weekly occurrence. In the other three lies a group that dominated the EU LCS during the last split. After finishing 15-3 in the Group Stages, G2 continued to rampage through the Spring Playoffs, beating Fnatic then Origen both 3-1. G2 looks to be among the top three teams going into the summer due to their previous split finish and the team chemistry among the three veterans and bot-lane with experience together.

To sum up Giants previous split shortly, take the record and play of G2 and flip it upside down. Giants had a rough split, nearly being relegated to the Challenger Series due to a 2-3 loss to Splyce, but Giants was able to retain their LCS spot by beating Team Huma 3-2. The team has had hard times, so hard, that a ninth place finish would be a good start. Despite being considered an easy win for many teams, Giants does not give up. For a team that has constantly been in the face of relegation, they always maintain an LCS spot. For all we know, they could be the eSports version of Leicester City.

The departure of AD-Carry Konstantinos “FORG1VEN” Tzortziou to Origen seemed like a heavy blow to the mechanical skill and overall prowess of H2k, but that blow was quickly resolved and potentially overlooked due to the acquisition of Freeze from ex-NA LCS team Renegades. In the NA LCS, Freeze finished with the fifth best KDA (4.0) despite being on the eighth place team, Renegades. H2k saw their finish as a bit of a disappointment due to finishing second in group stages, only to fall 2-3 to Origen and then 2-3 to Fnatic. For H2k, the Summer Split is a new chance for redemption and the EU LCS crown.

Origen saw their previous bot-lane duo go to G2, but Origen was able to pick up top tier bot-laners in FORG1VEN (from H2K) and Hybrid (from G2 Esports). FORG1VEN finished the previous split with the best KDA (7.2) among all ADC’s and second among all players in the EU LCS group stages. Who did FORG1VEN finish second to? His new support, Hybrid (7.9). The organization has seen two second place finishes in the EU LCS since its inception, and Origen has made the moves to poise them for the first place finish they have been fighting for.

This split sees a fair amount of changes for ROCCAT in the joining of Steelback (from Unicorns of Love), Raise (from Star Dust) and Parang (from Star Dust). ROCCAT’s previous split went much like Giants’, take one loss. However, the team is aiming to field something new, something different than before. Steelback fielded the second highest KDA (6.8) during the group stage of last split. For Parang and Raise, not much is known other than they hail from South Korea, which is considered the best region for LoL talent.

The only change for Splyce coming into this split is Milkyx (from Fnatic) joining the team. In their rookie split, things did not go as planned for Splyce as they were sent to the relegation tournament where they beat Giants 3-2. However, Splyce does have experience under their belt along with a new support from one of the best LoL organizations in the world. Given this, Splyce could sneak into the playoffs at sixth.

The changes for Vitality this split come in Mightybear and Police (from NA organization Apex Gaming). The previous jungler, Ilyas “Shook” Hartsema, remains under contract and the previous ADC, Petter “Hjarnan” Freyschuss, wants to take a break from the pro gaming life, according to a Team Vitality’s statement. Despite finishing the group stage in third, Vitality fell 1-3 to Fnatic. The team hopes to quickly bounce back from the heartbreaking loss with these new acquisitions due to the fact that momentum in the EU LCS is important. Since many teams in EU are strong, momentum could easily be the determining factor in finishing a week 2-0 or 0-2.

UoL has three new players for this split in Move, Exileh and Veritas. The fact that these players do not have extensive background follows the pattern of unusual picks and plays. As a team, UoL does not use the meta champs all the time like most teams do. This high-risk, high-reward gameplay comes into effect with these relatively unknown player pickups. For UoL, this split could either be something great or a blunder.

Overall, the EU LCS is looking very strong this split. The EU LCS begins on Thursday, June 2 at 10:00 a.m CST with the matchups of Origen vs Fnatic and H2K vs ROCCAT.

What are your thoughts on the EU LCS for the Summer Split? Who do you think will the eventual Summer Split Champions? Let us know in the comments or on our Twitter – @GAMURScom