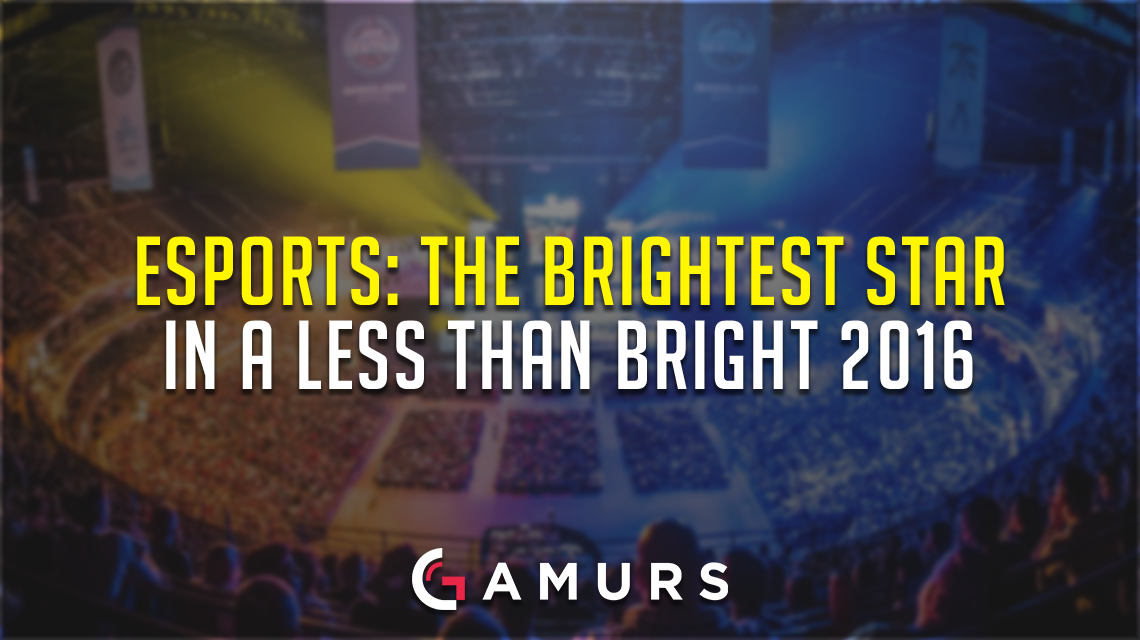 I was watching a video from NerdCubed, a video gaming YouTuber with over two million subscribers and not one to hold back his thoughts. He often includes political and current event related jokes into his videos, which are always fun to pick up on. The United States recently went through one of the most divided elections in its history, while the United Kingdom, in a similarly heated vote, decided to move forward with plans to sever its ties from the European Union, one of the strongest economic alliances in the world.

Both of these, and many other recent events, have divided people around the globe, taken people who are in minorities and made them the target of attacks and insults. Dan, the man behind NerdCubed had a simple message in his video, “Nerd³ Welcomes Everybody.” It was: “You’re welcome here… this isn’t a place where you’ll ever be turned down.” In a world often dominated by hatred and violence, esports is the haven for everyone and anyone to come and just enjoy a similar passion.

Dan went onto say that, “This is the part of the world [his YouTube channel] that I control… this is the point where I say come here, enjoy this stuff… You are welcome here… you can lose yourself from the world for 20 minutes or so, that’s a thing you can do, you will always be welcome here.” Dan’s channel and his videos (which I highly recommend) do the same as esports for some people; like those who may live extremely difficult and less fortunate lives, but can forget all of these issues and just enjoy their passion with others who also enjoy it.

Now to address the title, 2016 has been one very interesting year, full of it’s ups and downs, but perhaps most dominated by its lows. It has seen the world lose David Bowie, and the G.O.A.T, Muhammad Ali. It’s seen another year of violence in places that so desperately need peace, and attacks in places that see them more than some places see rain. It has seen elections and the definition of democracy drive a country into two. There is even a subreddit page entitled r/F**k2016 that has just over 14,000 subscribers.

Yet, in between all of this, there are people whose hobbies and free time land them in front of a computer or console, be it on the Summoner’s Rift or Inferno, and it provides them with a place to forget the negativity around them, rejoice with friends and just have a good time through esports.

2016, in the public world, has been generally negative, while 2016 has been yet another record breaking year for esports and those who enjoy it.

In Dota 2, The International 6 broke (yet again) the record for largest esports prize pool at over 20.7 million USD. Commentators and players from over a dozen different countries gathered together to play one game, a game that they all enjoyed. Thousands watched and discussed the actions, and beside from the usual back and forth trash talk between people who favor opposing teams, the discussion was civilized. American sports broadcasting channel ESPN broadcasted the tournament to those unfamiliar to esports, and helped expose new people to the wonder of competitive gaming.

In League of Legends, the World Finals saw SK Telecom T1 take home their third world championship, a record they hold all by themselves at the top of the League of Legends planet. Eighteen different countries were represented by at least one player in the Worlds tournament, with competitors coming from places like Canada, stretching to Poland and Romania, and all the way to the continent of Asia with players from South Korea and Taiwan. At a time when it’s so easy for people of different backgrounds to get into a scrap, esports brought together the entire world once more and put on a show that bolstered a positive vibe with great competition and fun.

Counter-Strike: Global Offensive had perhaps the greatest leap among the top games with ELEAGUE. Thanks to the folks at Turner Broadcasting and through TBS, CS:GO was brought to the TV screens of people all across the United States, exposing yet another massive group of people to esports. ELEAGUE provided yet another realm for fans of esports to gather and enjoy their common passion.

Dan’s YouTube video that I mentioned earlier currently sits at about 255,000 views, slightly above his average. The video has just over 25,000 likes, which is roughly three times the average amount for his videos with similar numbers. Perhaps most impressively is the amount of dislikes; 907 at the time I’m writing this, which for a video on a channel with over two million subscribers, is amazingly low. It speaks to prove that no matter where you are from, what language you speak, or what religion you believe in, you are welcome here.

There are not many communities that can say that, and I really am proud that esports is one that can.

What are your thoughts on the past year of esports action? Let us know by commenting below or tweeting us @GAMURScom.