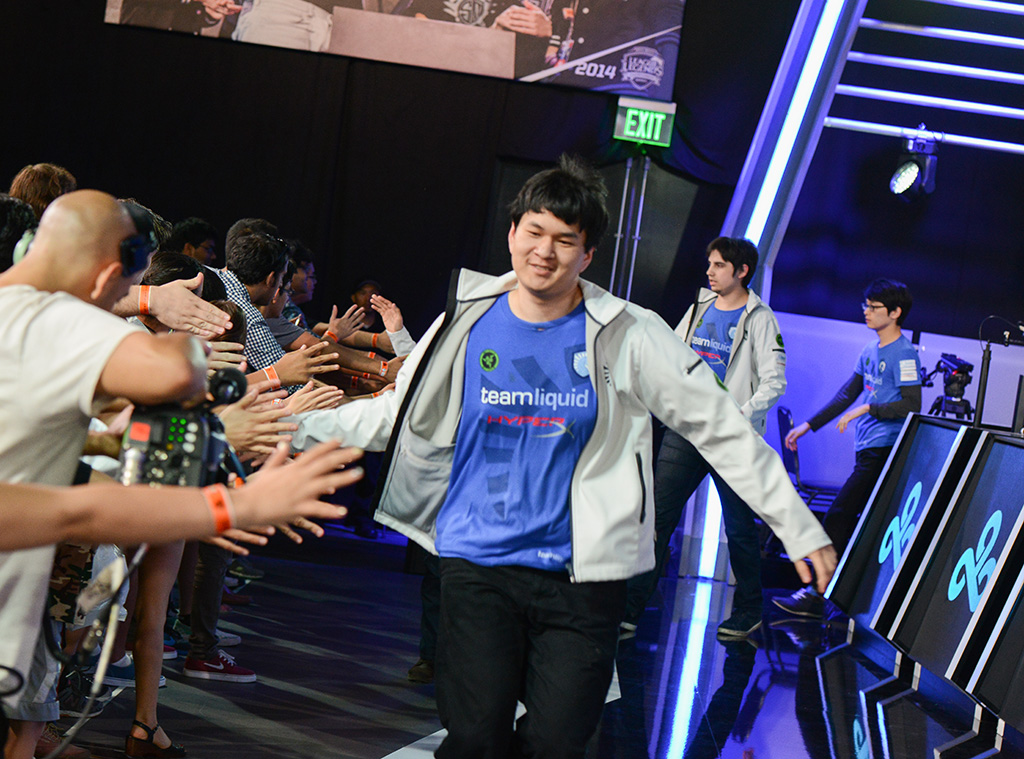 Enhanced Recall is an article taking a quick [look] back at the biggest stories from the week’s LCS matches with reaction and analysis.

The match of the week headlined Team Liquid and Team SoloMid, two teams that represented the old guard of the NA scene and went into the match tied for second place in the standings with a 9-4 record.

The first one came from TSM’s LustBoy. As his team attempted to initiate a teamfight at TL’s blue buff, LustBoy whiffed and failed to connect Shen’s taunt and instead gave up first blood.

The next error then came from Liquid, who after picking off Dyrus’s Maokai in the top lane, attempted to sneak a baron in the 26th minute. TSM quickly guessed TL’s intentions, saw that TL took too much baron aggro, and engaged on its low health opponents, killing Liquid’s Quas, Fenix, and IWDominate  with no TSM casualties in return.

Piglet steals baron. Some might say it was all luck. Piglet will probably tell you it was all skill. Sometimes you need a little bit of both.

After a clean teamfight, baron was free for TSM’s taking. With a 5-2 advantage, no opponent with smite alive, and no opponent vision of the baron bit, this was as easy of a baron attempt you could dream up in the professional scene.

Piglet on Corki, who managed escape the previous team fight, hid in the brush adjacent to red buff and threw a blind Hail Mary Missile Barrage into the baron pit, shocking the crowd with a baron steal. This was an egregious mistake from SanSmitetorin on Gragas as he did not even cast the smite spell. At the same time, Piglet saved his team from a costly mistake and snatched all the momentum that had shifted in TSM’s favor.

Fenix does some heavy lifting. Reminding fans that his name should be in contention for best midlaner in NA, Fenix finished the match with a 8/2/6 slash line. Not only did he make game-winning plays with his Azir, but he also did the most damage to champions in the game (46.1k), which was more than the combined damage from TSM’s two carries, Bjergsen and WildTurtle (41.3k).

After Xpecial joined the mistake parade, failing to hit anyone on an awkward Annie Flash + Tibbers attempt, Fenix helped turn around what appeared to be a losing teamfight by connecting on a  3-man Azir Shifting Sands ultimate, putting out a ton of DPS to secure a double kill and forcing the rest of TSM back to mitigate the loss from a 3-2 exchange in favor of TSM.

Then, in the 43rd minute, Fenix landed another clutch 3-man Shifting Sands ultimate and secured a 5-for-1 ace, leading his team to a huge victory over TSM. Fenix carried Team Liquid, who also defeated TDK on Day 1, helping his team finish the week 2-0 and in sole possession of 2nd place at 10-4.

TSM fans are probably on the ledge after TSM dropped both matches this week against Team 8 and Team Liquid. WildTurtle got the start both games this week over Keith, but his play was far from the biggest problem. The list of issues range from a questionable picks and bans phase against T8, their dependency on Bjergsen to carry every game, and just straight-up bad gameplay including Santorin’s inexcusable bronze mistake forgetting to smite baron. He made now-retired Saintvicious look good as “Smitevicious” was notorious for casting smite early, but at least he used his spell.

This week’s episodes TSM: Legends is going to be worth watching as TSM has now dropped 3 of its last 4 matches and needs to quickly right the sinking ship. Now in a three-way tie for third place, TSM will have to put this week behind them and focus on next week’s crucial matches against Team Impulse and Team Dignitas.

Few would have predicted at the beginning of the split that Gravity would sit alone at the top of the North American standings with two weeks remaining. This week Gravity defeated Cloud9 and Enemy, clinching a spot in the playoffs as it sits in first place atop the standings.

Gravity is on a hot streak, pushing all the right buttons at the right time. In his first season as head coach, Cop is in line to win coach of the split and continues to have a strong picks and bans phase. Team captain BunnyFuFuu has stepped up and shown his leadership with strong shotcalling. Keane continues to show off his eclectic and diverse midlane champion pool, adapting to various compositions to help his team. Altec, who just joined Gravity this split, is ranked among the top NA ADCs in most statistical categories.

Throttling on all cylinders, Team Gravity has been fun to watch and proven that it is force to be reckoned with.

Man, that was fast. After winning its first match in Week 5, the hype train that came with Team Dragon Knight’s Emperor and Ninja has disappeared in just two weeks later, and all the bandwagon fans have deserted. TDK has gone 0-4 since its first win, losing to TL and CLG this week. The new TDK lineup has shown flashes of brilliance in each match but continue to make too many sloppy mistakes that have cost them games.

Now with a 1-13 record for last place, TDK sits 3 games behind Cloud9 and Enemy in the win column. TDK will need to play near perfect over the final two weeks for any hopes of avoiding automatic relegation.

What to watch for in Week 8: