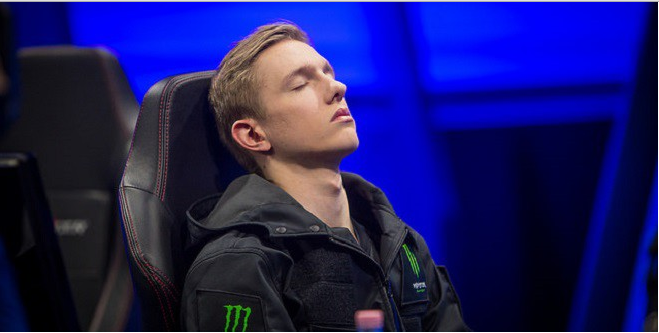 After a few struggles and many roster swaps, the team formerly known as Alliance, and now known as Elements, find themselves in a very delicate and difficult situation in the League of Legends Championship Series (LCS). Currently sharing 7th place with Team ROCCAT, Elements is not only fighting for a playoff spot, they are also fighting to avoid dropping out of League through relegation.

Hype for the LCS Spring Season started when the ex-Fnatic star, Martin “Rekkles” Larsson, joined Elements as their new AD Carry. Fans had a lot of expectations after a lackluster performance by Elements at the Season 4 World Championships.

However the team wasn’t able to live up to their hype before the season, where they managed to win the European League of Legends Championship Series (LCS) Summer Split.

Even though Elements has been facing mostly the same problems they had last season, they decided to make some lineup changes once the season got started. First, the team benched veteran Top Laner Mike “Wickd” Petersen for Kevin “kev1n” Rubiszweski.

Elements started to see some better results, but that didn’t stop them to fiddle with their lineup.They added a few new substitute players with some familiar names, such as Marcel “dexter” Feldkamp, former jungler for Counter Logic Gaming, , and their old AD Carry Erik “Tabzz” van Helvert.

Elements now have a substitute for almost every lane, and a clear lack of inhibition when it comes to changing their lineup.

What kind of benefits does this strategy create

If one thing is obvious, it is that the coaching staff want to pressure their players to keep motivated and play at their best. This might cause additional stress on players, but will result in overall better play, since managing stress is an important part of each player’s job.

At the moment, Elements have basically two teams they could let play around mid laner Henrik “Froggen” Hansen, full of LCS and ex-LCS players. This strategy both allows them to remain flexible when solving in-game issues, while adding new strategies to the mix by changing up players and their specific skills.

Another possibility would be the smart use of substitutes to change players, while recording their playstyles and strategies. SKT1 has been doing it in the LCK with their mid laners Faker and Easyhoon. It seems to work for them, why shouldn’t it work for Elements as well ?

Adding their old shotcaller Tabzz or adding an aggressive jungler are definitely possible solutions. Additionally, a playmaker and shotcaller like Dexter would definitely bring some new ideas to solve the team’s problems. However, they still have to face the other problems: their Top Laners and jungler underperforming and ego issues.

Wickd has shown better performances since he returned to the starting Lineup, but he is clearly not as good as he was at his peak in Season 2 and 3 and this might continue to be a problem for following weeks. He is a very smart and experienced player, who definitely can fix these problems with motivation, training, time and hard work.

Jungler Shook has also not performed consistently. Sometimes he plays out of his mind and sometimes he simply doesn’t perform at all. He stepped up his performance a lot recently, but he still isn’t playing as good as his performance in last year’s LCS Summer Split.

Elements also have to face themselves to be able to become better as a team. A lot of times people mentioned this issue in social media that Elements have a big ego problem.They lack motivation and struggle to listen to each other, and results show us that it is hurting their team spirit and performance.

Elements have been working on their strategical issues bywatching replays and working on their communication.However players will need to step up individually to be able to make Elements work as a team.

My Elements lineup would be :

The reason I would prefer to see this lineup is that

the aggressive and playmaking playstyles of Dexter and Krepo would fit the passive playstyles of their carries, Rekkles and Froggen, extremely well. And these changes might already solve some of their other problems since dexter and Krepo could dictate apace of the game that the others could follow.

The same goes for Wickd: I still believe he is a good player with a lot of experience, though he is clearly struggling with motivation. Despite this, he plays whatever his team needs and does whatever his team needs.f he can get back to his old peak and perform at his best, he will be a strong force in the frontline for Elements.

All in all, I think Elements will benefit a lot from the substitute additions. They will not only get some motivation, but they will also bring out some new tactics by changing their players and playstyles after every game. Only time will tell if Elements will be able to get back to the top.