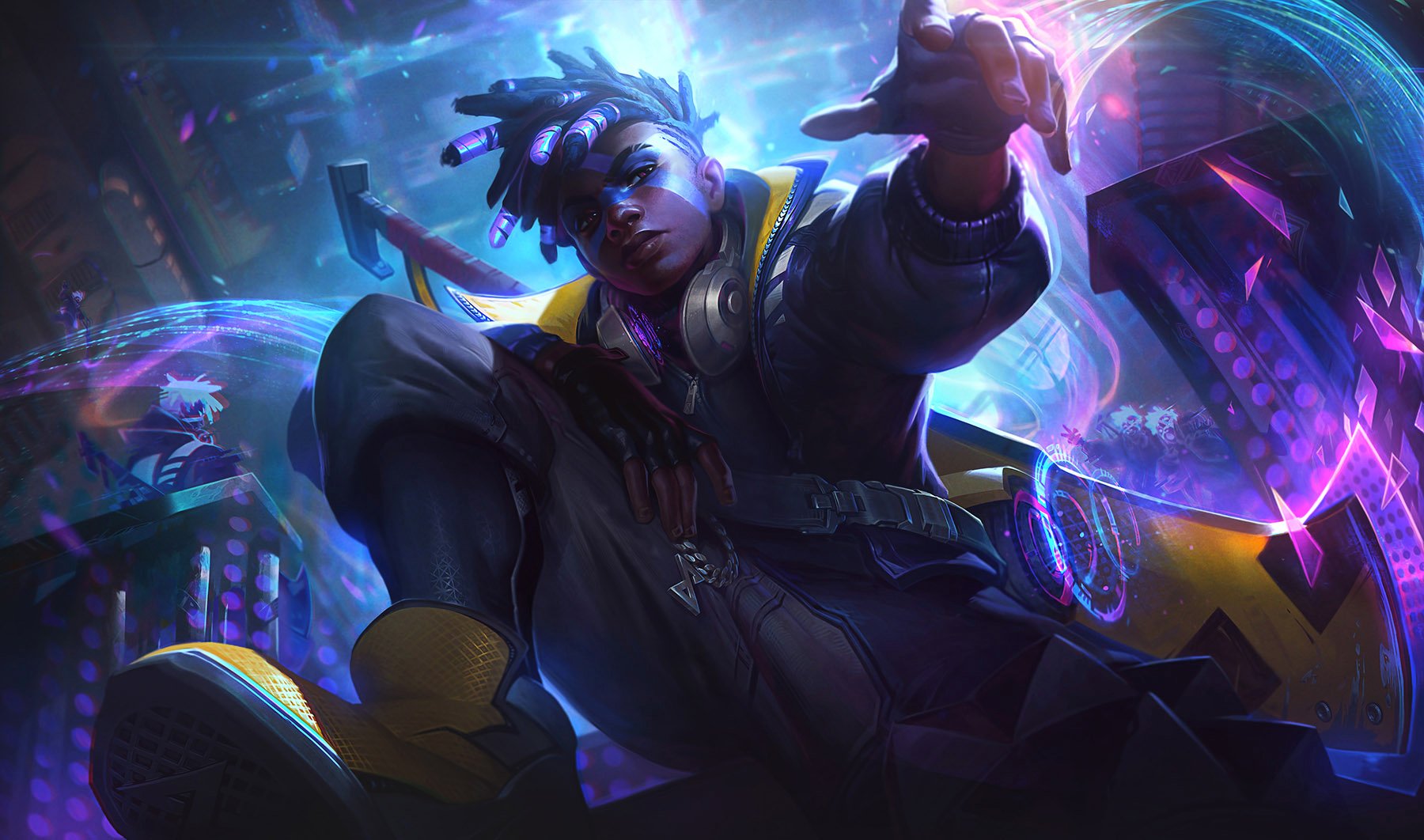 When the 2019 League of Legends World Championship began, there were two champion picks we thought might make new appearances: Ekko and Pantheon. That assumption was proven correct, but only one of them survived long enough to actually matter.

Both champions hadn’t been played on the professional stage all summer, but they had been some of the most popular and successful solo queue choices in the handful of weeks leading up to Worlds. Pantheon’s late rise probably came about due to his major redesign, which launched in Patch 9.16, one patch before the Worlds update. And Ekko’s was due to a rather hefty buff in the same patch.

As soon as the tournament began, it looked as though our guess would be right. Ekko and Pantheon were being picked or banned left and right, with Pantheon receiving far more of the latter than the former. What we didn’t predict, however, was that only one of these champions would remain popular. If you watched the semifinals last weekend, you probably noticed that Pantheon was banned a lot, maintaining his trend of professional popularity.

Ekko, however, was nowhere to be seen. In fact, he’s been missing since the play-in stage, which is where he made his debut and then fell out of the pro meta all within the same week.

He was picked in five games, all of which were nearly back-to-back. And out of these five games, he lost all but one. Since then, no team has even given him a second glance, while Pantheon has continued to scare the living daylights out of nearly every team in attendance. So what happened? Why did Ekko fall flat, but Pantheon carried on strong? The answer is a little complicated.

A strong and independent jungle meta

It mostly comes down to self-reliance, which isn’t something that’s taken into consideration a lot in solo queue. That sounds like it counters logic since solo queue is where solo carrying is more possible and prominent, but self-reliance as a champion isn’t the same as solo carrying.

Ekko is quite good at solo carrying. With a couple of kills, he can snowball and carry a game to the end better than most junglers right now. He has great damage, robust utility, and his mobility allows him to gank from unexpected angles—all great things in solo queue. But he can’t rely on himself.

To hit his first major power spike, the one that allows Ekko to do anything important as a champion, he needs to get his Lich Bane. Unlike other junglers, though, he can’t pass up building his jungle item to completion first, which means finishing his Lich Bane is a several-thousand-gold investment. It takes time, and up until that point, his damage is nothing impressive. If he falls behind, gets invaded by the enemy team, or just loses resources somehow, that time window gets pushed further back. And without the damage to compete in fights, Ekko becomes a non-factor very quickly.

On the pro stage, that means Ekko’s team would need to help him at every turn to get to the point of being able to stand on his own. And in the current pro meta, that’s just not possible.

In the pro meta, a jungler needs to be self-reliant. They need to be able to bring something to the table throughout the whole game, whether they’re behind or super fed. Pantheon has point-and-click crowd control, high damage, and damage mitigation that’s all incredibly easy to execute. And all of that damage and utility sticks around even if Pantheon is behind or forced to build like a full tank. Ekko can’t say the same. He needs items and time, and it’s too easy to take that time away from him.

Pantheon is in a lane, too, so he gets a relatively safe path to gold. Ekko needs to be able to live on his own in the jungle, which is much easier to exploit for a coordinated enemy team.

Look at the rest of the pro jungle meta. It’s been pretty robust so far, with 19 champions selected, according to stats site Oracle’s Elixir. The most popular options—Lee Sin, Gragas, Elise, Jarvan, and Rek’Sai—are all incredibly self-reliant champions. They have utility, mobility, and crowd control, all of which are easier to pull off and less item-dependent than Ekko’s. None of them can solo carry as hard, arguably, but solo carrying matters a lot less in professional play. Once teams tried him, they figured out rather quickly that the investment into Ekko isn’t worth taking attention and resources away from the other carry roles (mid and bot lane), and he was abandoned.

So while Ekko may reign as a king in the solo queue jungle, it’ll take a considerable shift in the meta for him to be viable on the big stage. Luckily for him, the preseason is right around the corner, and that may actually happen. But if it doesn’t, expect him to carry on primarily as an amateur comfort pick.