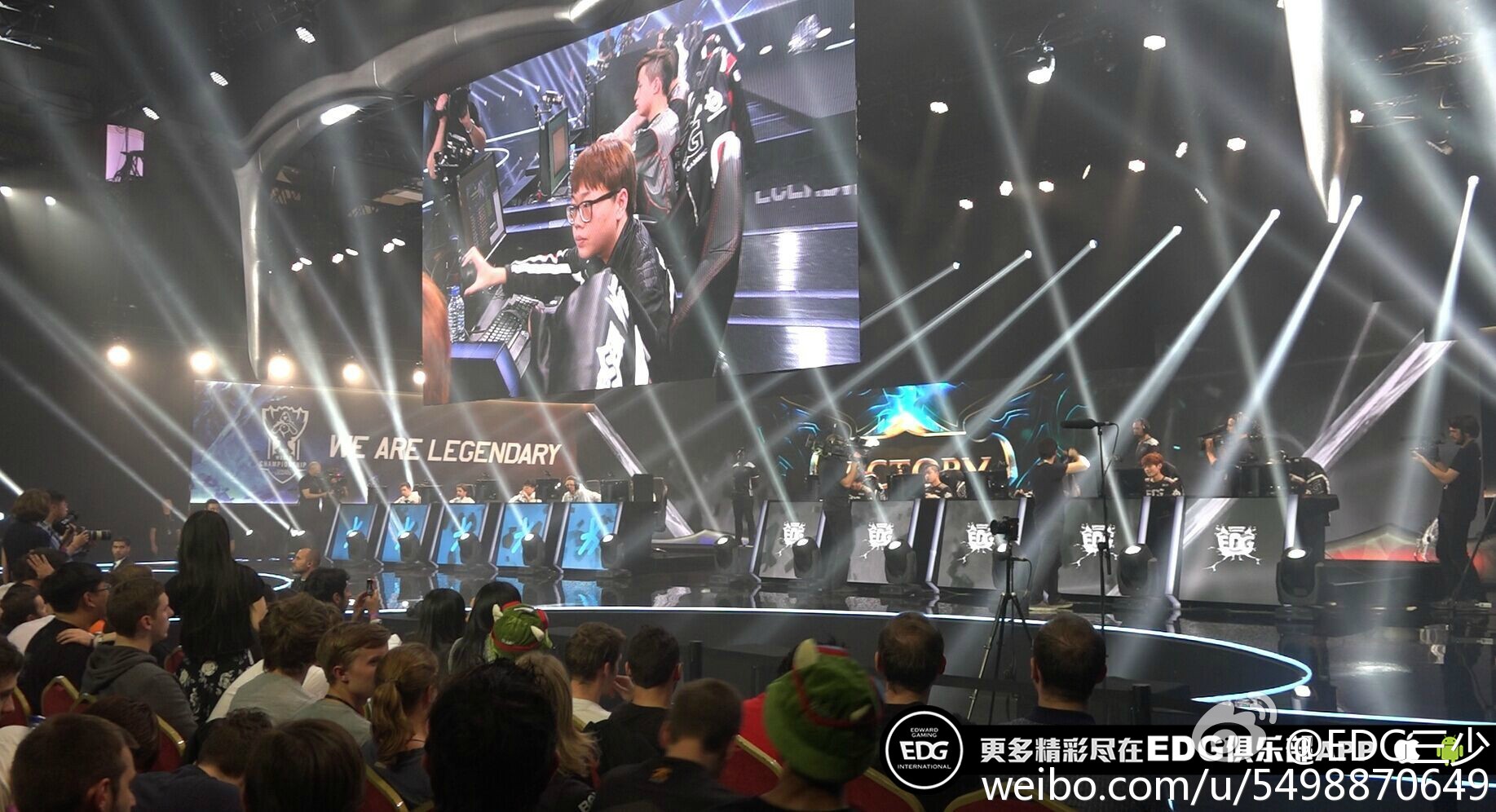 Today is the second day of Worlds. With the collapse of LGD, the atmosphere at the venue was incredibly tense. The LPL region has yet to win a single game against a real opponent. As for H2K, we’ve done our research beforehand and they’re definitely not a team we can take lightly. Even though the eventual victory was through a splendid performance by us, I was incredibly nervous before the game began.

This time around, we’re a lot more nervous compared to MSI or Season 4 Worlds. At Worlds last year, we were considered newcomers and could be excused for blindly charging forward. At MSI, even though we lost two games in groups, we were still able to make it into the knockout stages. Group C, at first glance, may seem already set in stone. On paper, EDG and SKT are much stronger compared to the other two teams. However, after two days we can see that the Western team’s form and match performance are both on the rise. So even though it may seem like we can relax, we’re actually rather worried. The more clear-cut the groups are, the less room there is for mistakes. If anything goes wrong, it would not only mean a single loss, but would also negatively affect our future performances.

Therefore, when we made the mistake trying to steal the enemy Blue Buff, miscalculating the opponents damage and losing 3 for 1, my heart would not stop pounding.

Well, we all know what happened later so there’s no point going over the match in detail. Tomorrow we will face our strongest opponent in the group: SKT. After a simple dinner, we held a meeting discussing our strategy against them and finalised our preparation.

Tomorrow, all three LPL teams will play. Every match will be incredibly important for each of the clubs. If we can achieve our third victory, we will find ourselves in a very comfortable position within our group. The current atmosphere in our team is very healthy. We’re focused, eager, and calm. Hopefully we can put on an exciting match for you guys tomorrow.

The match today was played in front of H2K’s home fans. However, among the incessant cheering and screaming of the home crowd, the voices of our fans could still be heard.

Despite H2K’s best efforts, we were able to stand our ground. To hear fans screaming our name away from home is the best form of support. With your voices behind us, we won’t let you down!

This morning, Clearlove took the role of the pizza delivery boy. He even tried to be funny by signing the pizza box!

It’s pretty rare to see him like that. Also, I’d like to make an announcement. The instant noodles have arrived!

I’d like to thank the leader of the French fans for organising this! This time around the amount should be enough. Besides instant noodles, they even got us pickled vegetables. This is truly amazing! On behalf of every member who ate the instant noodles, thank you for the hard work!

After iG and LGD’s losses, fans have been openly criticising them for their poor performance. The World Championships are not as simple as everyone thinks. Every team capable of qualifying are incredibly strong. Each team has endured a year of struggle and hard work to get here. Therefore, please give these warriors fighting on the world stage your encouragement and support. It’s fine if you guys don’t love them but please don’t hurt them.