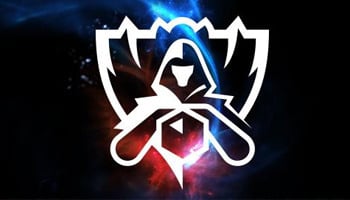 IG and LGD both lost to European teams. Did you think you might have a chance of losing today?

Pawn: Before the game started, we knew H2k was a strong team. We had some apprehensions since we’ve played them before. But after playing them for real, it turned out much easier than expected.

H2k posed a threat in the early game–since you and Clearlove made a mistake early on. You had a bit of a disadvantage. How did you try and analyze your opponents?

Pawn: By blue buff, we predicted we’d have a skirmish there. That’s why we called our top laner to help us out. But our top laner was a little too late–to the point where we ended up losing that skirmish.

It seems IG and LGD had problems in their preparations against the teams. Their players look pretty week. Even though EDG brought on Meiko, a relatively new support when MSI took place, and even though EDG now has a new starting top laner–AmazingJ, you all know how to perform really well. What kind of preparations did you make, in this aspect?

Pawn: I feel like–whoever looks strong will win. Whoever looks weak will lose. Whether AmazingJ is our opponent (he was once on Energy Pacemaker, a former team in the LPL) or is our teammate, he always performs exceptionally well.

Faker thinks that he’s the best mid laner in the world. What do you think about this title?

Pawn: I don’t know if we can win the World Championship this time around. If we win, then that should prove that I’m the world’s best mid laner.

Talk to us about SKT’s performance these past few days. Do you have confidence playing against them?

Will SKT play Faker or Easyhoon? What do you think about these two players?

Recently, China has been underperforming. Could you tell us why that is?

Let’s talk about SKT right now, compared to how they looked at MSI. Are they stronger now?

Pawn: I think all their players look the strongest right now.