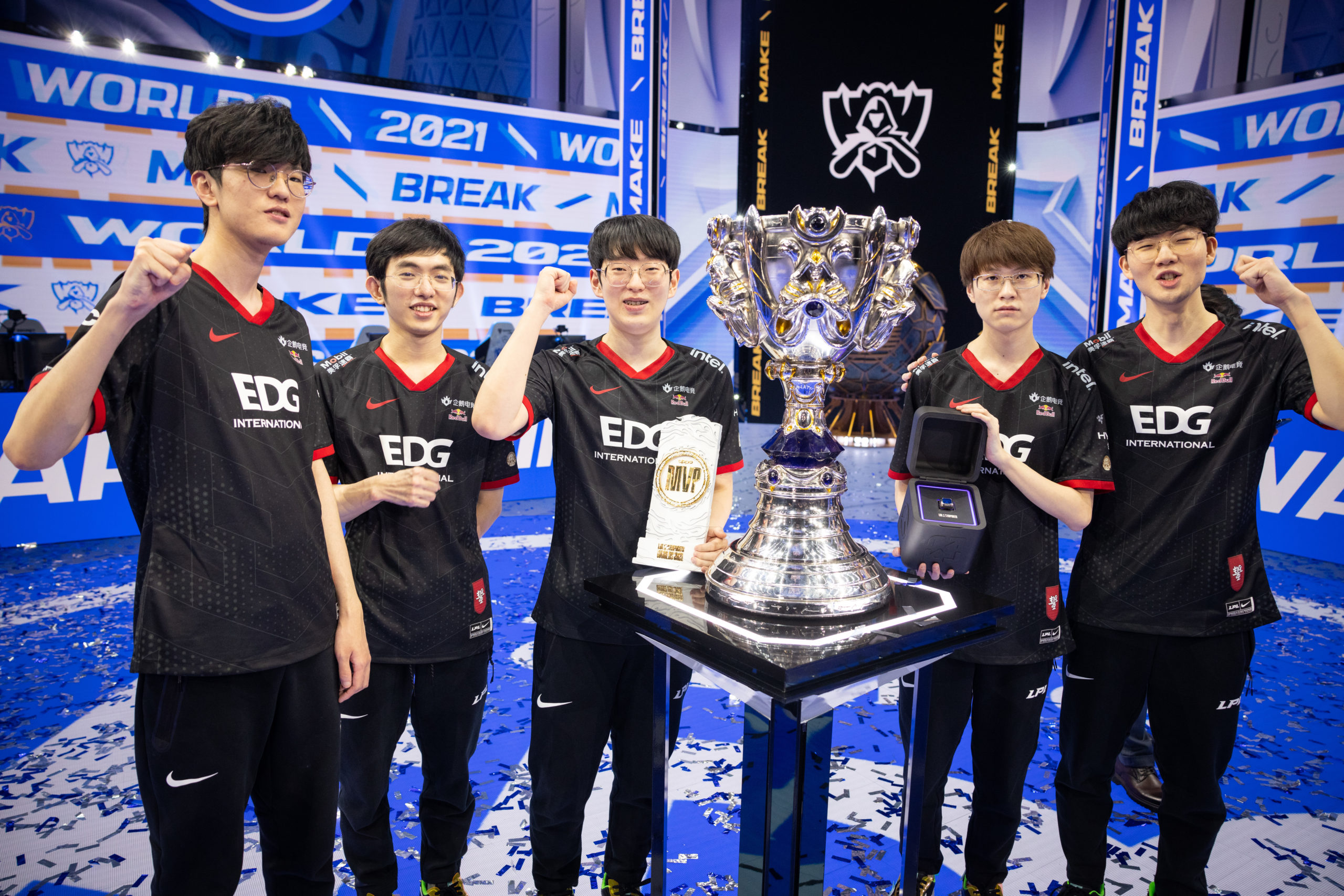 EDward Gaming were challenged for the first time in the 2022 LPL Spring Split today. Ultra Prime handed the 2021 League of Legends world champions their first game loss of the season before EDG eventually won the series 2-1.

Looking unstoppable early this year, EDG entered the series against UP with two series wins and a 4-0 record for singular games on the season. And the first game went the way many expected for the reigning world champions. In the first game, we saw both of EDG’s carries, Scout and Viper, run rampant on their signature picks of Ryze and Jhin, respectively, en route to a 30-minute stomp.

But in the second game, UP showcased a different setup, opting for the early Jinx pick that’s been dominating the competitive League scene in 2022, boasting a high win rate. Throughout the game, UP AD carry Elk was unstoppable on Jinx in the 35-minute victory. Toward the end of the game, he was even one kill away from grabbing his second pentakill of the 2022 LPL season. Elk finished game two with a 10/1/3 scoreline on Jinx to lead UP to victory and force a game three.

The deciding game of the series was all about comfort picks for both sides. EDG’s Viper was placed back onto his signature Jhin while UP’s Elk opted once again for the dangerous Jinx pick. As the game progressed, it was UP who gained the upper hand in early-game tempo and trades as the Jinx built an early lead. It wasn’t until a few mid lane skirmishes onto the UP side that EDG were able to mitigate the early-game lead and have a clean slate in the mid game.

In the mid game, everything began to pick up once again for EDG. They were able to gain a slight tempo advantage to eventually build up to a Dragon Soul. This eventually led to EDG blowing up UP’s Nexus a few minutes later. The reigning world champions move to a 3-0 match record in the 2022 LPL Spring Split, with one game loss tarnishing an otherwise flawless start to the year.

While UP eventually lost, this was a promising match for the bottom-dwelling LPL team. They showed signs of life, particularly on that Jinx pick. Jinx continues to become one of the most popular picks for AD carries in 2022 and boasts an 84-percent pick and ban rate, according to Oracle’s Elixir, just behind Caitlyn, who’s rarely seen play as an auto-ban for most teams.

As for EDG, the one-game loss is the first crack in the otherwise impenetrable start to 2022 that viewers have seen. The top LPL team will be back in action when they take on the undefeated OMG on Jan. 22.