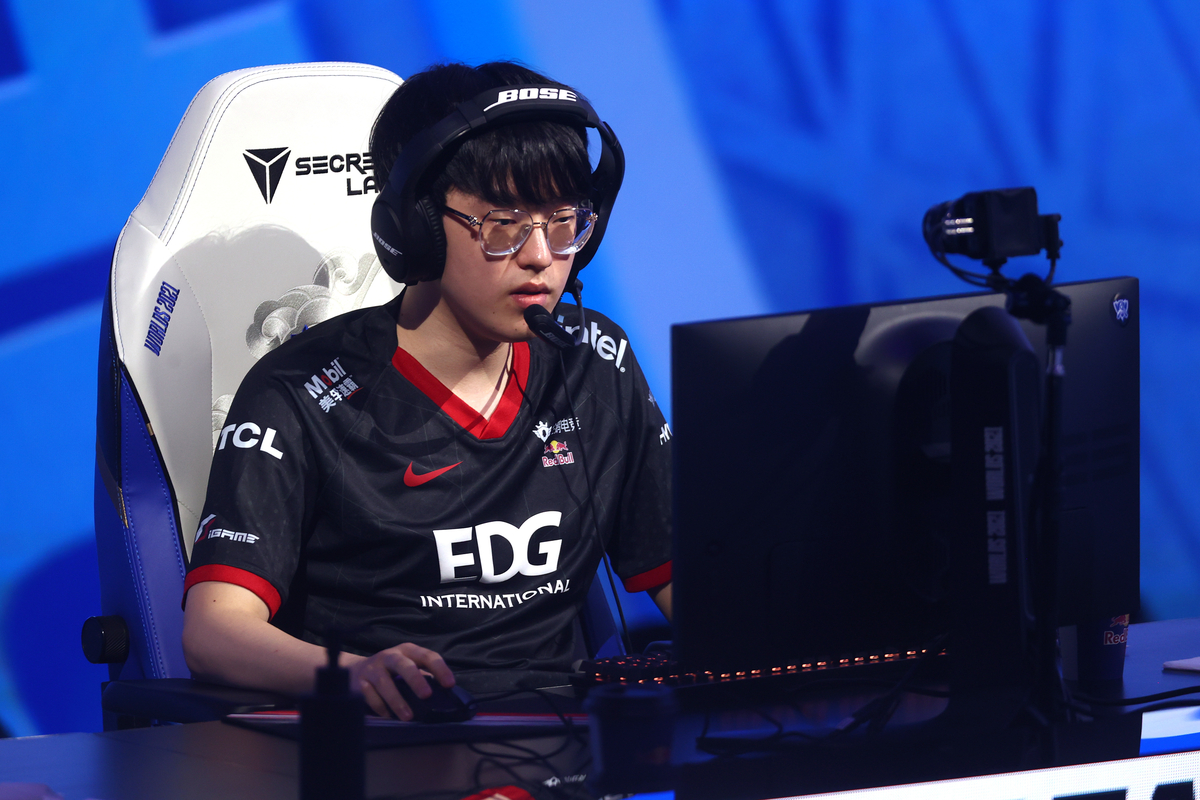 Defending League of Legends world champions EDward Gaming faced off against LNG Esports, who had a somewhat miraculous run so far in the playoffs (at least until they got crushed 3-0 by JD Gaming). Both teams were fighting to keep their 2022 LPL Summer Split playoff journey alive, but it was EDG who came out on top with a 3-1 victory today.

It looked like EDG had done their homework before coming out on stage. Scout’s Sylas took game one away from LNG single-handedly. He was able to jump directly into the enemy formation in teamfights and eliminate the squishy champs with their hijacked ultimates.

By the time EDG secured the game, Scout had built up an impressive 10/2/6 KDA. It spoke volumes to the terror he had unleashed on the Rift.

To counter EDG, LNG decided to focus on a macro playstyle in the next game. They took down EDG’s turrets to open up their base. In the late game, a successful flank by Ale’s Camille was able to take out the enemy AD carry, helping LNG almost bag the game.

Even when EDG tried to counterattack, Ale’s Camille was able to slip into their exposed base and took down the enemy Nexus successfully, giving his team their first victory in the series.

Learning from their mistakes, EDG played more patiently in game three. The entire team showed top-class teamwork as they were able to take down LNG champions with spot-on rotations. From Flandre to Meiko, the entire five-man team executed their roles perfectly, helping EDG to come back from their loss and gain a 2-1 lead in the series.

Being just one game away from winning the series, EDG decided to end things with a show of complete dominance. From ganking to team rotations, they outplayed LNG in every department.

It was a completely one-sided game. EDG secured all jungle objectives and finished the game with none of their champions dying even once. It was a clean, surgical, and perfect performance that one would expect from a world championship winning team.

This victory should pump up EDG’s morale and also provide them a chance to fight for a spot in the grand finals of the 2022 LPL Summer Split playoffs.

They will face the loser of Top Esports vs. JD Gaming next on Aug. 28.