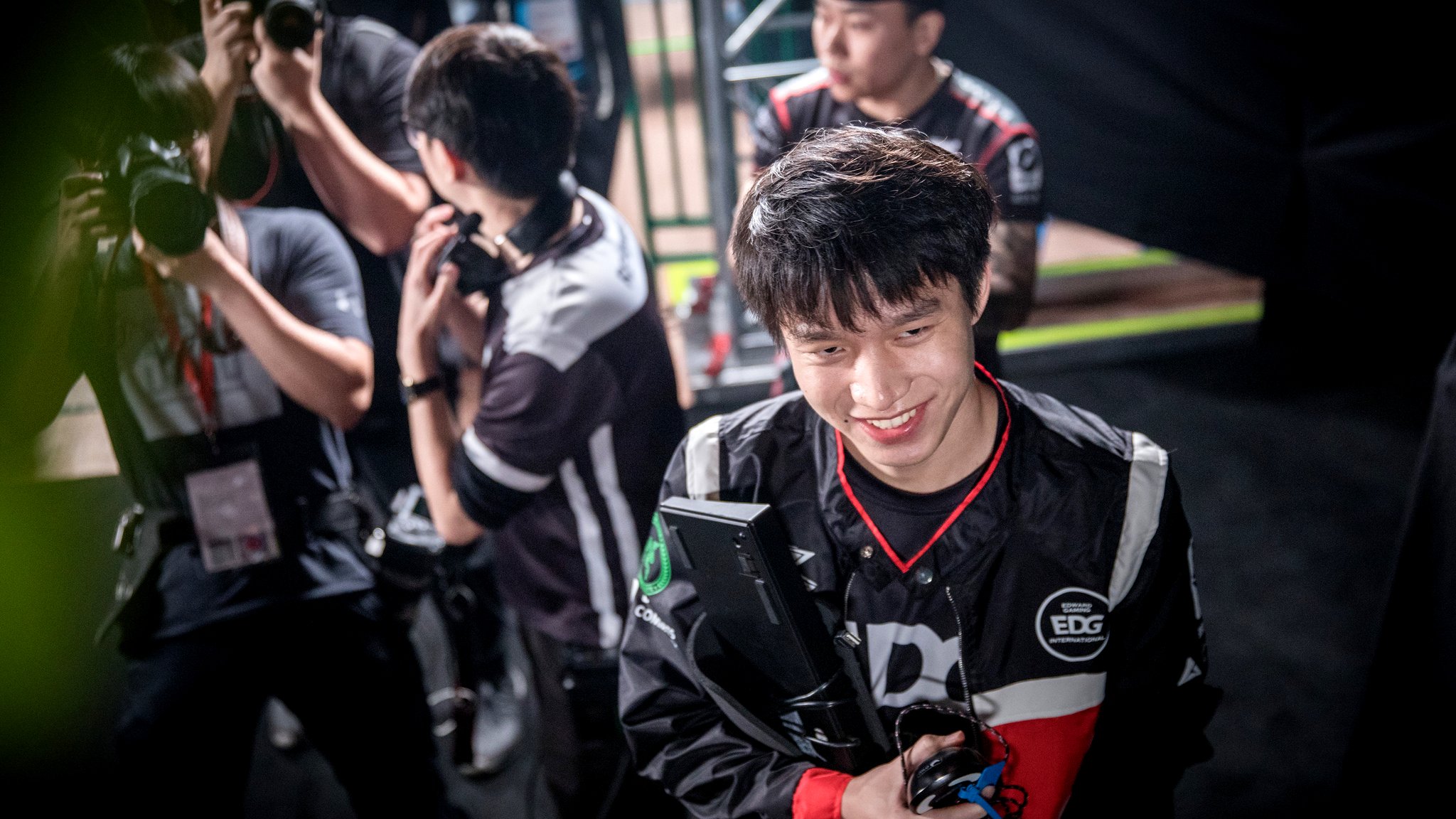 EDward Gaming tower-dove their way to a victory against Cloud9 on day eight of the League of Legends World Championship.

Without a win at the World Championship thus far, EDG had a tough road ahead of them if they wanted to advance past the group stage. Forced to win all three matches of the day after ahq e-Sports Club’s upset win against SK Telecom T1, EDG’s road to redemption started with a match against North America’s last hope, Cloud9.

And like Team WE yesterday, EDG pulled off the composition beautifully. EDG’s bot lane duo pushed in their North American counterparts, and proceeded to dive them in a play that gave EDG two free kills. Cloud9, confused on how to deal with EDG’s strategy, were later dove under their top and mid turrets for even more kills.

EDG had successfully snowballed their early game team composition, and were ready to take C9’s inhibitors by 25 minutes. And aside from one slip-up during a top lane siege, EDG controlled every skirmish and teamfight. Cloud9, whose champions still needed time to scale, couldn’t withstand EDG’s relentless push.

Now 1-3 in the standings, EDG look to continue their rise through Group B. If EDG win their next two games, get ready for some exciting tiebreakers.