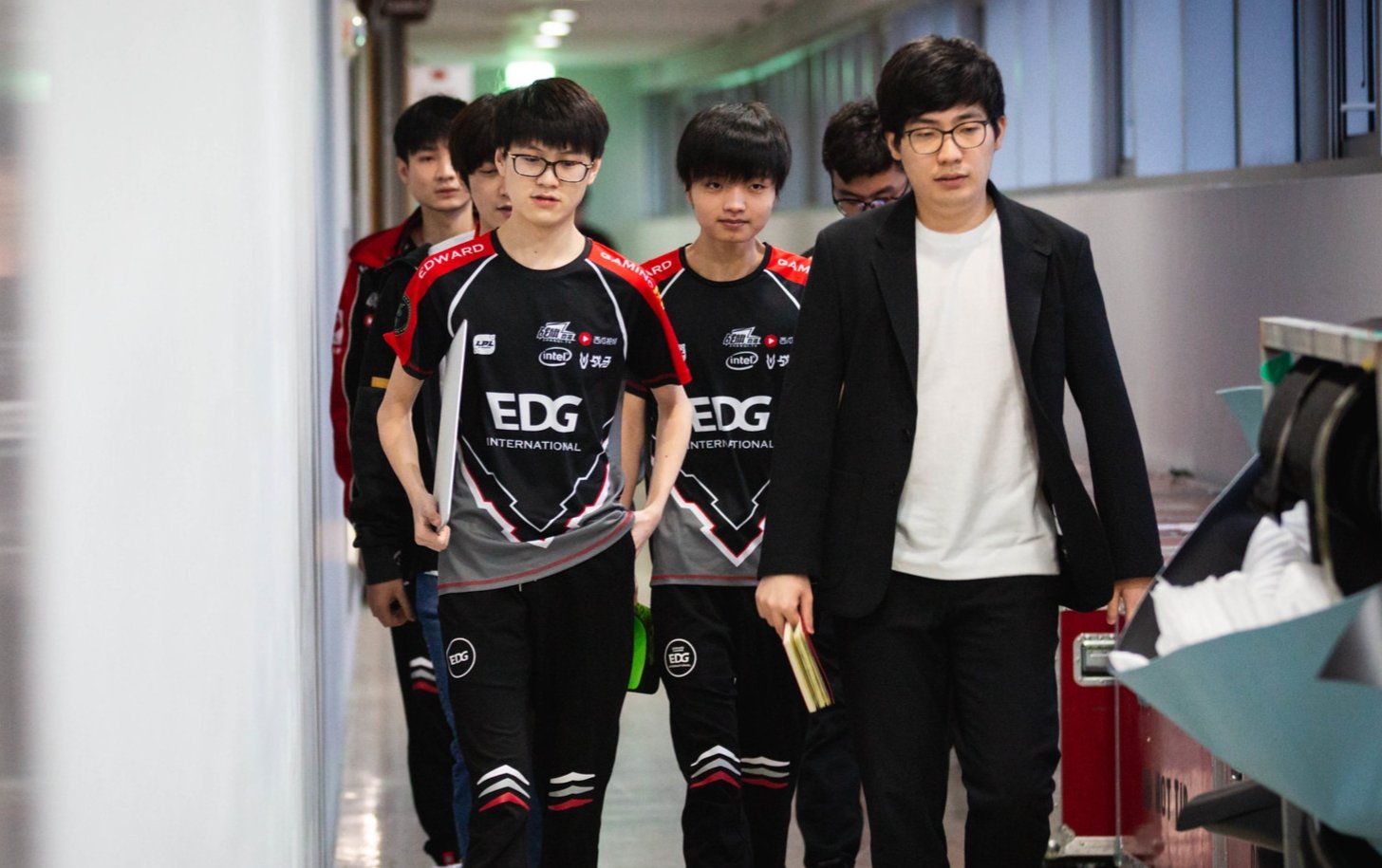 With this victory, EDG joined eStar, FunPlus Phoenix, Invictus Gaming and JD Gaming in the LPL Spring playoffs. They also allowed Top Esports to get a spot in the playoffs as well by pushing OMG down in the standings.

Every EDG player had a strong series. But support Meiko won MVP on the last game of the series and, in so doing, hit 5,000 assists in the LPL. It’s the highest number of assists ever earned by a player in the league. Meiko has been playing for EDward Gaming for over five years and joined first as a substitute. Five years later, he’s the face of EDG, serving both as captain and shotcaller.

EDG still has two matches to play before the playoffs, which will be crucial to climb in the playoffs rankings. They will face off against Invictus Gaming on April 17 and against Team WE on April 19.

Whereas Team WE still struggles to get a spot in the playoffs, Invictus Gaming will be a hard matchup since they sit at the top of the LPL Spring Split standings. The 2018 world champions hold an impressive score of 11-2, that’s why a win against them would make EDG a strong contender coming into the playoffs.

The LPL 2020 Spring playoffs will kick off with online matches on April 22, two days after the last matches of the regular Spring Split. The finals will take place on May 2.