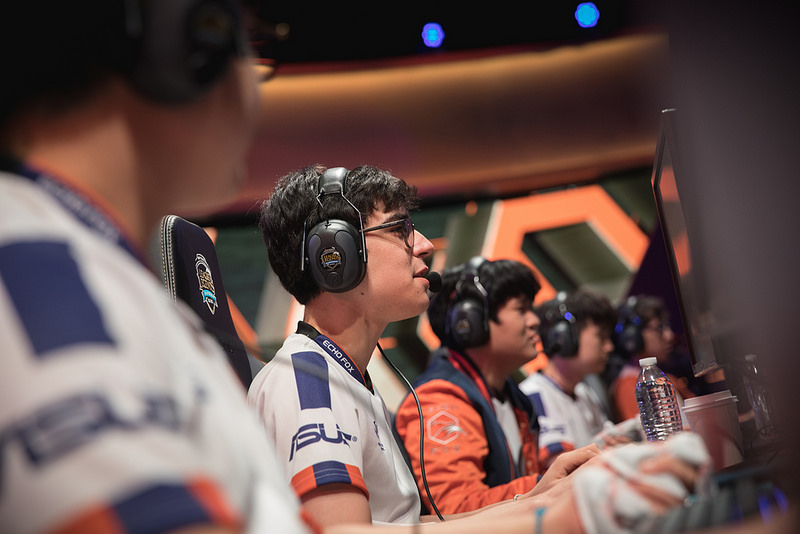 In bizarre fashion, Echo Fox were handed the victory over Clutch Gaming by Riot officials today in the NA LCS.

The game server crashed at 32:26, causing all 10 players to be kicked out of the game. Following a lengthy pause, league officials ruled in favor of Echo Fox, giving them the win because they were ahead in the game.

Both teams traded kills over the course of the game, but Clutch were unable to capitalize on their picks. Echo Fox, on the other hand, took a tower or a neutral objective following every teamfight win, causing their gold lead to balloon. At the time of the pause, Echo Fox had a 10,000 gold lead and had taken control of all four dragons that had spawned.

League officials pointed out Taliyah as a potential cause of server lag and disabled her for the final match of the day. If the issue isn’t resolved by next week, she’ll likely be banned for week two of the LCS as well.

This situation is reminiscent of the season five World Championship, during which Gragas, Lux, and Ziggs were banned due to a bug with their abilities that caused them to be disabled for the rest of the game. While traditional athletes might eat bowls of pasta prior to major events, LCS players get to play their games and have spaghetti at the same time, too. Even for League standards though, one champion breaking a game is extremely rare—unless you’re Mordekaiser, that is.

Echo Fox will look to continue their undefeated streak next Saturday against OpTic Gaming, while Clutch will try to find redemption against TSM.