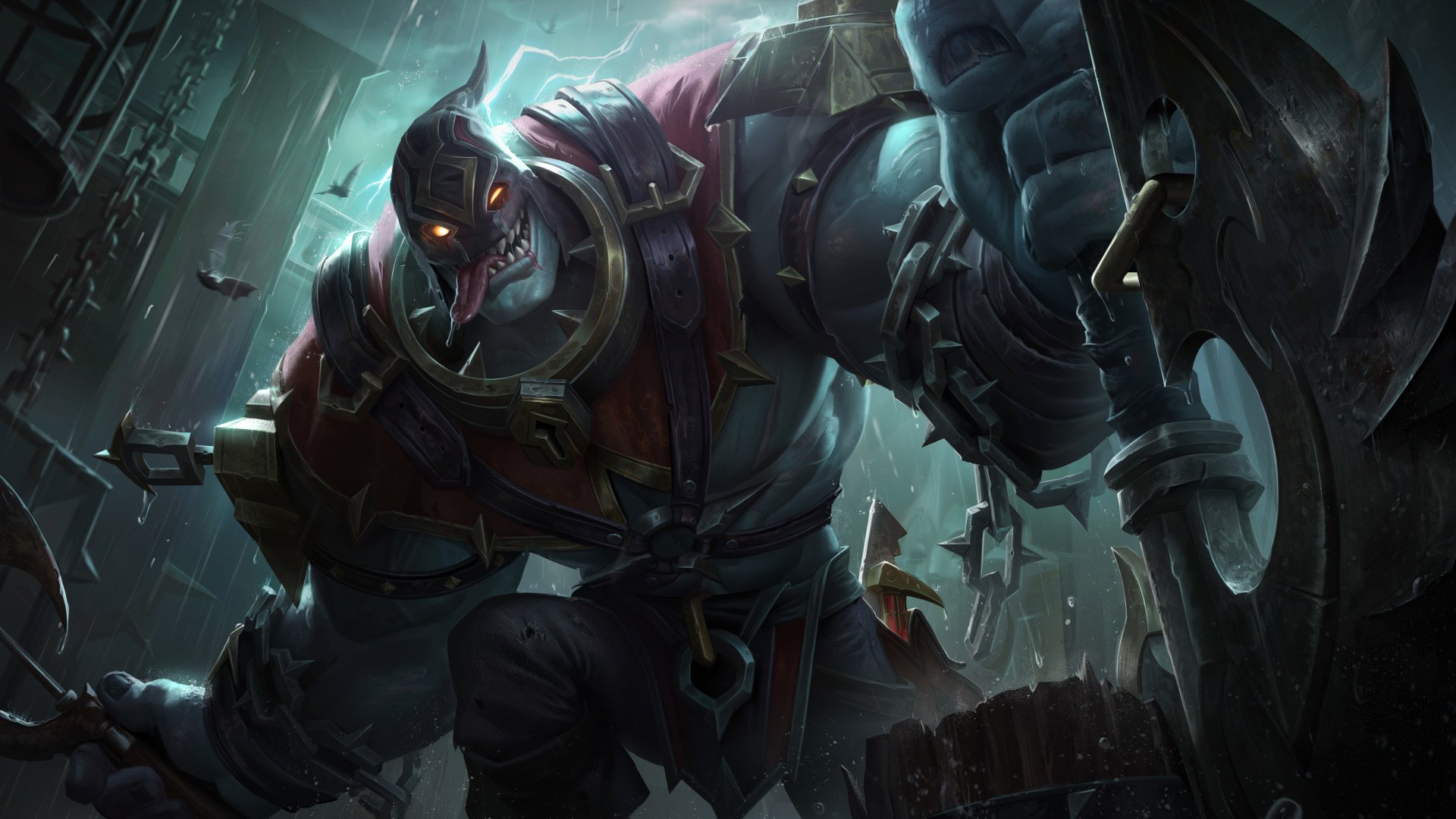 Dr. Mundo’s VGU is right around the corner, offering an updated model and ability kit to the self-proclaimed doctor. And while his thematic won’t depart too much from the Mundo of old, Riot shared what could have been.

The Madman of Zaun’s new look is slated to hit the Rift on June 9 with Patch 11.12, a much-welcomed overhaul of one of League of Legends’ oldest champs. Game designer Glenn “Twin Enso” Anderson and lead champion producer Ryan “Reav3” Mireles discussed the upcoming visual gameplay update, telling Dot Esports about early iterations, challenges faced, and how Riot will ensure he stays balanced upon arrival.

Riot had already shared a first look at the Mundo rework in a blog post last year, showcasing a “magey” corpse explosion mechanic that the devs ultimately decided against. But the devs also experimented with fun ways to beef the madman up, though they didn’t make it into the final version.

“An early iteration we tried was Mundo gaining 1 max health every time he was hit,” Twin Enso said. “It was fun, but it incentivized too many bad plays! We also tried Mundo converting armor and magic resist into more max health. He frequently reached 11k health, which looked and felt pretty cool. However, this really just sharpened Mundo’s existing matchups to be even sharper (Blade of the Ruined King absolutely annihilated him).”

While Mundo had a few mechanics that didn’t make it to the live version, players can expect a few of his abilities to make a return in the rework. Riot decided to include Mundo’s more “iconic abilities” in the VGU, according to Twin Enso, such as his Q cleaver and an ultimate that offers incredible health regeneration. And since the devs wanted to maintain Mundo’s simplicity, his new E still offers an attack reset with an added bonus of swatting killed enemies toward other opponents.

Two of the biggest changes were to his passive, now coined “Goes Where He Pleases,” and Heart Zapper (W). Mundo can now resist the next immobilizing effect that hits him, a dream ability for a tank who wants to get in your face and chase you down. Heart Zapper deals persistent damage and stores a portion of it as gray health, which ultimately bursts and heals Mundo if he hits an enemy with it.

“Mundo’s passive can negate entire ultimates under some circumstances and his W lets him access incredible levels of sustain when he commits to an engage,” Twin Enso said.

Rather than force Mundo players to lane or jungle differently, this rework will only enforce his already-existing gameplay. It’s quite simple: Mundo hits Q. Mundo tanks. Mundo heals. Mundo smash. And now, players can take this aggressive playstyle a step further by coordinating Mundo’s passive to avoid hard crowd control, using it to chase down a carry or get out of trouble.

But like all champion reworks, Mundo did offer some unique obstacles that the devs had to overcome. Because Mundo is specifically created to be a simple champ, “adding depth” to his kit was the “biggest challenge” from a design standpoint, according to Reav3.

“Mundo’s old kit was really bare-bones and stat-checky; we really really liked that about him, but also wanted to add more variety,” Reav3 said. “It was hard adding the ‘right’ amount of skill to modernize the champion while still remaining true to his simple nature.”

Riot also had to juggle “regional sensitivities” found in Mundo’s narrative since he’s involved in corpses, body mutilation, torture, drug and chemical misuse, and mental illness. The devs had to turn that into an “aspirational fantasy” that didn’t “brutally upset” players and cultures, according to Reav3.

As for how the devs will balance Mundo if he’s overpowered or underwhelming upon release, they already have tuning levers in place. Since he has “stat-heavy offenses and defenses,” Twin Enso said there’s a plan to tweak stuff like how much attack damage he passively gains from E as his health drops or how much health his ultimate restores. And with Riot doing a lot of playtesting with Mundo in the top lane and jungle, the devs will know exactly how to buff or nerf the roles individually.