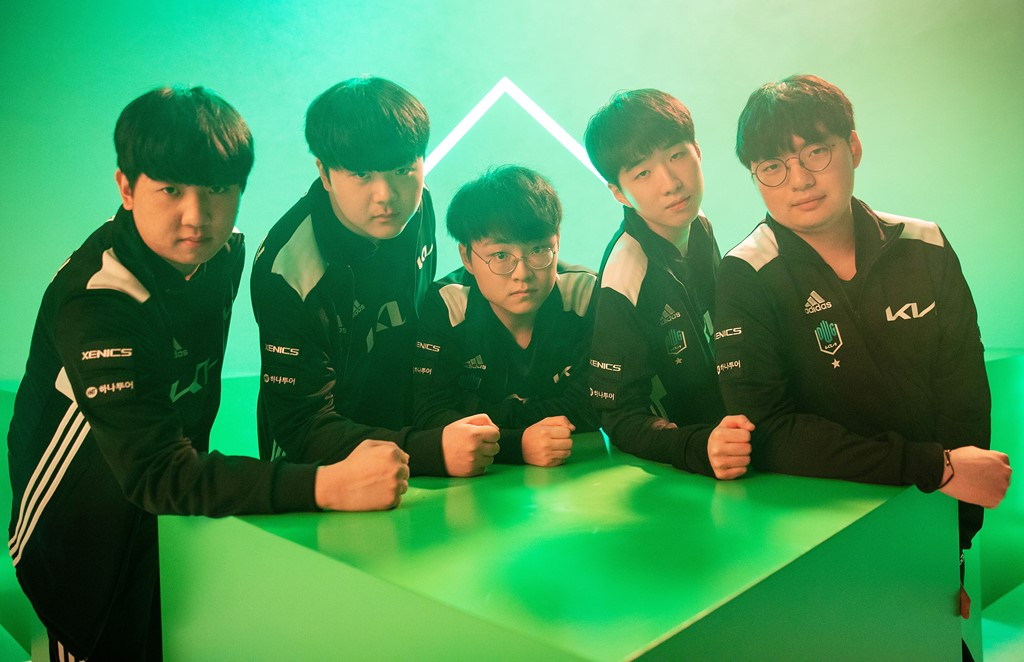 After 31 minutes of clean, crisp League of Legends, DWG KIA have locked in a spot in the knockout stage of the 2021 Mid-Season Invitational. The defending world champions were able to secure a semifinals berth with a decisive win over the LEC’s MAD Lions today.

For DK, the tournament hasn’t played out how many fans and analysts expected it to. The LCK representatives have stumbled multiple times throughout both the group and rumble stage, losing to teams like Cloud9 and Royal Never Give Up while also struggling in other games against other rosters.

On the other side of the Rift, however, MAD Lions have also looked a little bit shaky throughout the rumble stage. The fiery young lineup has dropped three games in a row—including this loss against DK—and as a result, there’s still a chance that they miss the knockout stage if they continue to slump.

This match was methodical domination from DK from start to finish. The team had incredible vision control over the map, which allowed Canyon and the rest of his teammates to track Elyoya in the jungle. With enough map knowledge, DK could pick and choose which skirmishes they wanted to take and they quickly snowballed their lead.

DK’s star top laner Khan led his team with seven kills and four assists on Aatrox, helping the LCK squad dominate teamfights in the later stages of the game. But the whole lineup was firing on all cylinders, navigating each play with expert precision and aggression. At the 21-minute mark, DK caught out MAD in the mid lane and stomped a destructive five-vs-five fight that effectively decided the game.

With this loss, MAD Lions’ fate in the knockout stage of the tournament is still up in the air, even though things might seem locked in from the perspectives of the fans. The only team that could push MAD out of the next stage is C9, but they’d need to win almost all of their games moving forward into the last days of the rumble stage.

You can catch all the action today when MAD and C9 take the stage again on Riot Games’ official channel.