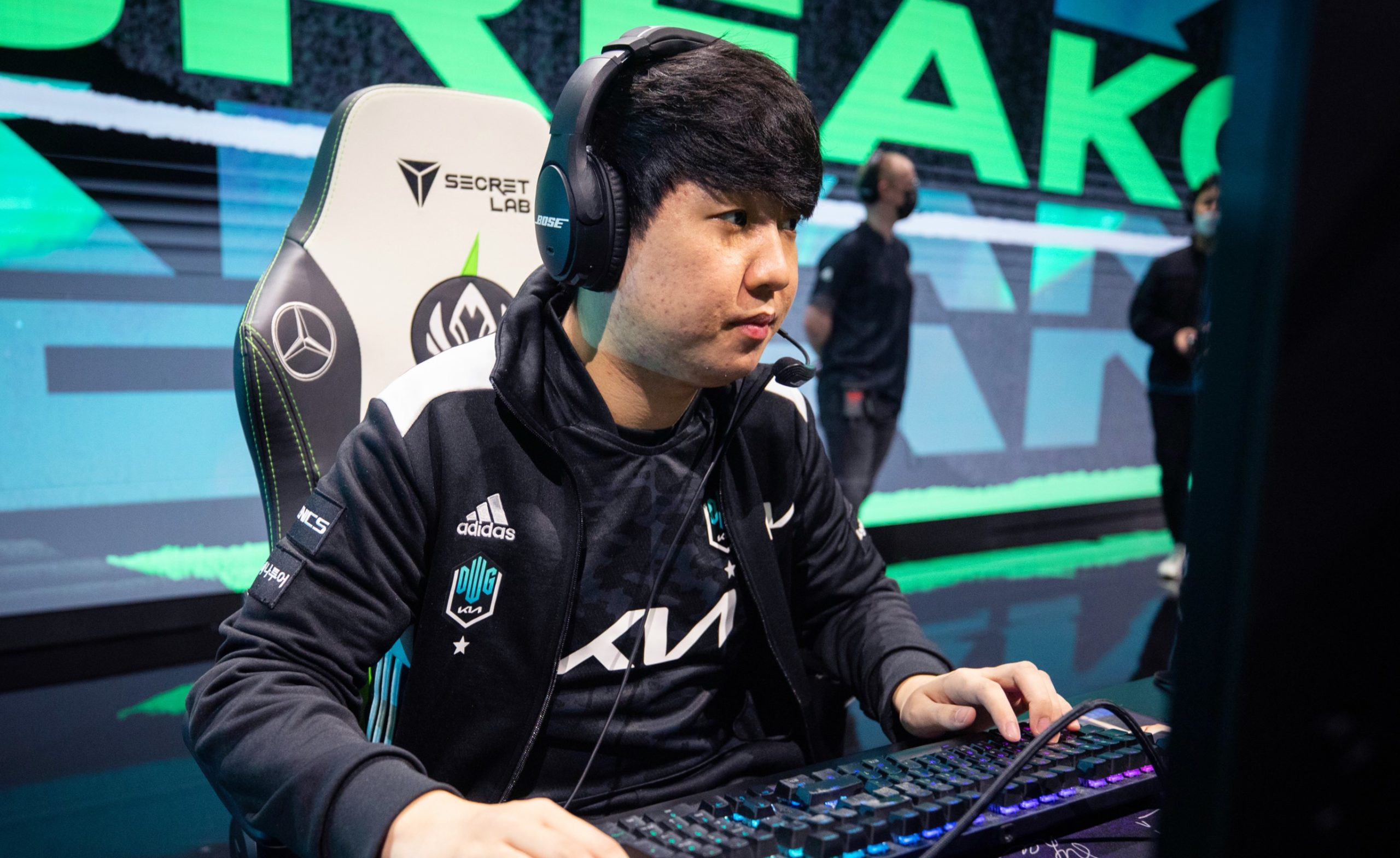 DWG KIA swept Liiv SANDBOX in their showdown today in week 10 of the 2021 LCK Summer Split.

The stakes were high going into this League of Legends matchup, with both teams looking to end the regular season with a win and automatically secure a playoff semifinal spot. LSB put up a good fight in both matches, but in the end, DK took them down with superior shotcalling, vision control, and teamfighting abilities.

Ghost and Canyon picked up today’s MVP votes. The AD carry put up a strong performance in the first match on Aphelios, landing crucial combos to either apply CC to multiple members of the opposing team or deal significant damage. With his Diana pick, the jungler helped his team build early-game leads in the second match and set up several engages against his opponents, securing easy teamfight wins.

The first match opened up with a surprising aggressive playstyle from LSB, who secured multiple leads on the entire map. After their early-game success, the team built a 5,000 gold lead in 18 minutes and were on track to securing the first game win. DK responded by grouping up and, with their superior vision control, the team took pick after pick and slowly got back into the match. DK closed out the first match of the series after going for a Baron play and winning a teamfight off Ghost’s crowd control.

In the second match, DK avoided the mistakes from the first map and played safely early on, slowly scaling into the midgame. Canyon went for ganks when his opponents were overextending and found success most of the time, building a gold lead for his team. Even though LSB had a handful of attempts to come back into the match, DK closed out the second match in their favor without giving LSB much room to turn the game around.

Following this victory, DK qualified for this year’s world championship and, regardless of their next results, are guaranteed at least the fourth spot from the LCK.

DK ended their regular season with a win and are guaranteed a semifinal start in the upcoming 2021 LCK Summer Split playoff run. They’ll have to win two best-of-five series to win the LCK title and get the first seed to this year’s world championship.