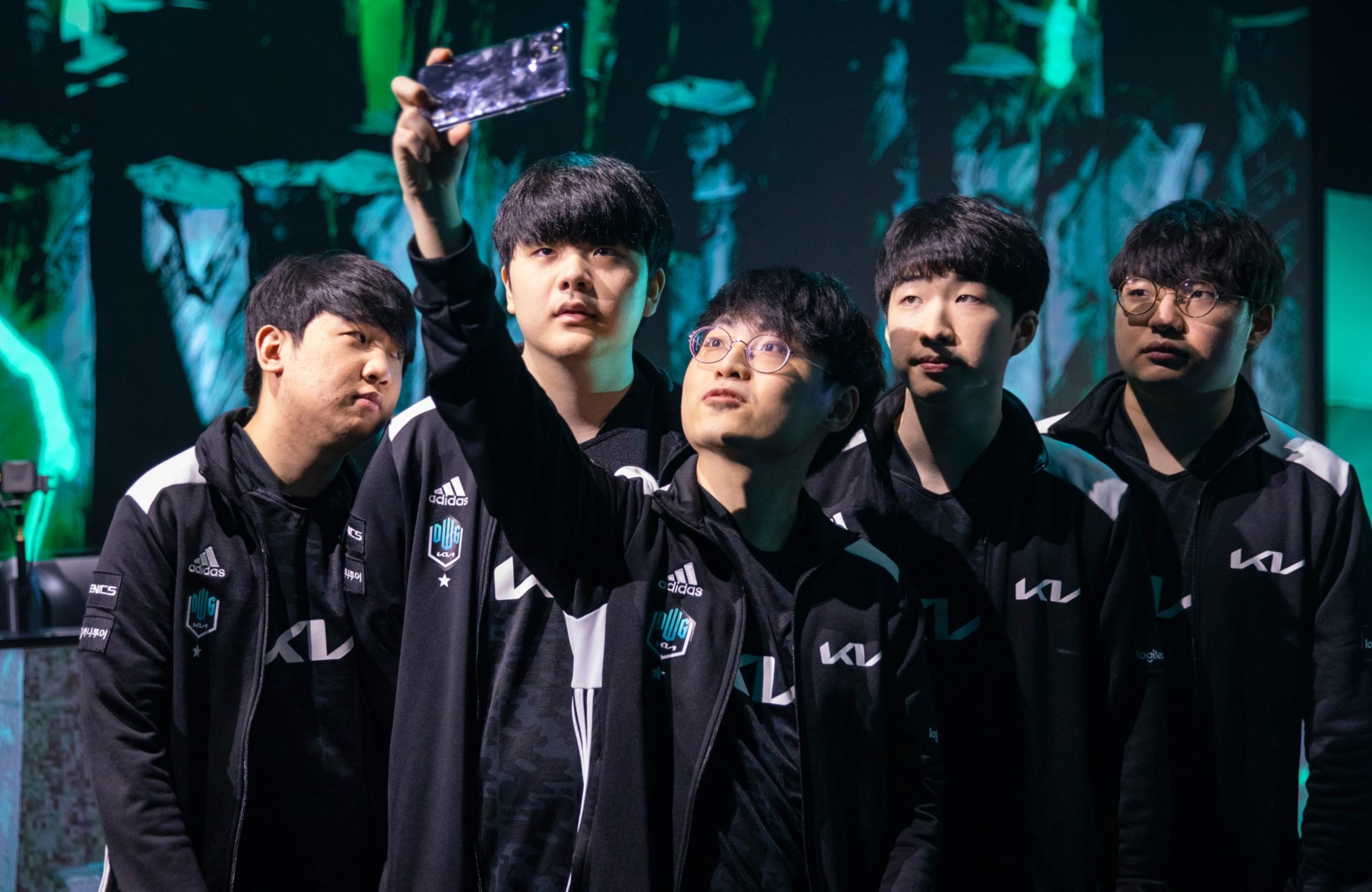 The 2021 League of Legends Mid-Season Invitational rumble stage has finally come to a close.

After 30 decisive games—some of them close, some of them not so much—the top four teams advancing to the tournament’s final stage are set. DWG KIA, Royal Never Give Up, PSG Talon, and MAD Lions all made their way to the knockout stage and will spend the rest of the week duking it out for a chance at the MSI trophy.

Still, the final day of the rumble stage left fans and viewers with plenty of reason for intrigue as the event marches forward into its final phase. Here are the biggest storylines and takeaways after the fifth day of the 2021 MSI rumble stage.

DWG KIA opened up day five of the rumble stage with a chance to secure the top seed in the knockout stage. But after the team lost to RNG to kick off the day, it looked like DWG would be forced to settle for the No. 2 overall seed in the looming bracket.

The LCK champions got some significant assistance from MAD Lions later in the day, however. The European representatives took down RNG themselves, miraculously giving DWG full control over their own destiny. All DWG KIA had to do from there was take down Pentanet.GG to close out their rumble stage run. You can probably guess what happened in that game.

Now, DWG KIA get the opportunity to play MAD Lions in the knockout stage semifinals after selecting them as their opponents. Because of the fact that DWG KIA finished first in the rumble stage, the team got to pick who they wanted to play moving forward. What’s most important, though, is that DWG will have the chance to dodge RNG—the only team to beat the defending world champions at MSI—until at least the grand finals.

PSG Talon and MAD Lions each needed to win just one game today to qualify for the knockout stage. Both teams managed to accomplish that feat early, winning their first respective contests of the day. Moving into the knockout stage, PSG Talon will face off against RNG while MAD Lions have the honor of engaging the red-hot DWG KIA in a best-of-five.

Perhaps the most impressive factor in PSG’s run to the third seed in the knockout stage has been the team’s AD carry, Doggo. After PSG’s starting ADC, Unified, was subbed out prior to the tournament due to travel restrictions, Doggo—the starting ADC for PSG’s domestic rival, Beyond Gaming—managed to put PSG on his back throughout MSI. For just the third time in League history, a domestic rival had to step in for another team on the international stage. And frankly, Doggo is blowing every other international substitute in history out of the water.

Through 16 games at MSI, Doggo has posted a KDA of 6.5, the second-highest among all players at the tournament, according to League stats site Games of Legends. Additionally, his DPM of 513 ranks third among all qualified ADCs at MSI.

As for MAD, the team closed out the rumble stage with a loss to the already eliminated Cloud9 but managed to post two consecutive victories to clinch a spot in the final bracket. Sure, the team’s 5-5 rumble stage record most certainly indicates sloppiness, but if MAD Lions can stray to the successful side of the spectrum more so than the ugly one during the knockout stage, they could easily be vying for the MSI title this weekend.

Cloud9 go quietly into the night

C9 were eliminated from bracket stage contention even before the team took the stage today. By the time C9 played their first match of the day, PSG Talon and MAD Lions had already secured their seeds in the final bracket, leaving C9 on the outside looking in—despite the fact that C9 would play both of those teams later in the day.

Had C9 retained control over their own destiny by beating Pentanet yesterday, the LCS champions could have mounted a “miracle run” at the back end of the rumble stage. Instead, the team was forced to play two utterly meaningless games to close out their MSI run.

And if there’s one sore spot for the team, it was its mid-jungle duo of Blaber and Perkz. The pair of former All-Pros failed to perform up to expectations during the rumble stage. They could never seem to mount enough momentum to overcome duos such as Canyon and ShowMaker or Elyoya and Humanoid.

As a result, Blaber and Perkz’s failure to mount early-game leads on multiple occasions often transitioned into late-game macro mistakes. Throughout the rumble stage, C9 made head-scratching moves in the eleventh hour of nearly every game. Whether they were trading a Baron for their own Nexus against RNG or an Elder Dragon for all five of their players against DWG KIA, bad decisions just seemed to stumble across C9 naturally at MSI.

Now, C9 will head back to North America with its tail tucked between its legs. Sure, the team has an LCS championship to its name, but with teams like TSM and Team Liquid poised to breathe down C9’s neck for the next three months, C9 are set to jump out of the international frying pan and right back into the domestic fire. Don’t forget that since win-loss records from the Spring Split will carry over into the summer, so C9 will enter the next LCS split with a cushion of just one game for first place in the league.

The knockout stage is set

The final bracket is set at MSI 2021. Just four teams remain and the tournament will (finally) transition over into a best-of-five format for all matches. To secure the title, each remaining team will need to win two matches—the semifinal and the final.

DWG KIA locked in the first seed earlier today, so once the games came to a close, they picked MAD Lions—a team that DWG went 2-0 against in the rumble stage—as their first opponent in the knockout stage. RNG, who ultimately finished just one game behind DWG KIA despite owning a 2-0 head-to-head against the LCK juggernauts, will play out their semifinal matchup against PSG Talon. PSG were one of three teams to take a game off of RNG in the rumble stage, giving the PCS representatives a spark of life in what should be an otherwise uphill battle.

We’re predicting DWG and RNG will win their respective semifinal matchups and face off in the MSI Finals. From there, though, it’s still a complete tossup thanks to the decorated pedigrees of both of the tournament’s top squads.