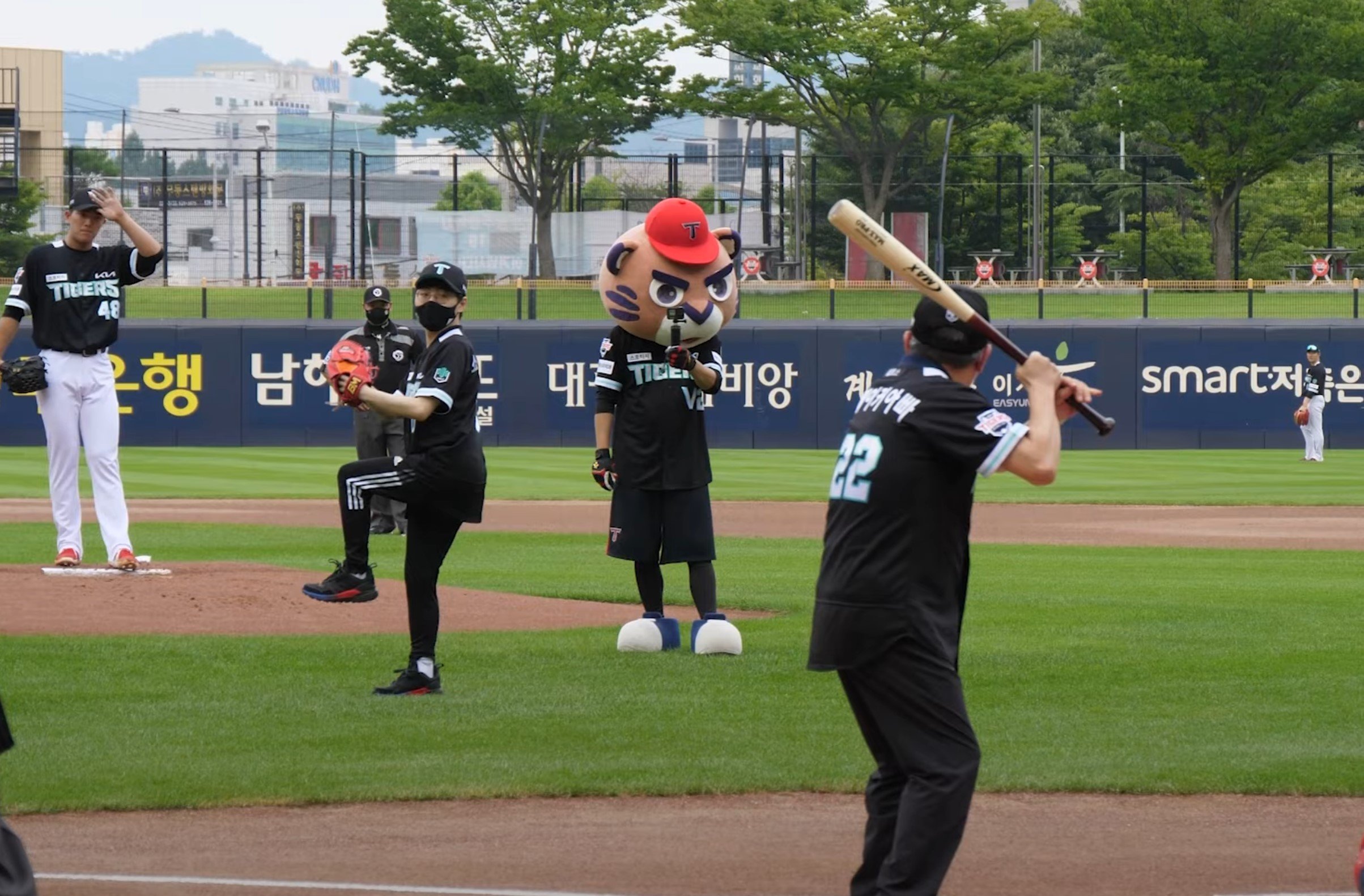 DWG KIA mid laner and reigning League of Legends world champion ShowMaker threw out the ceremonial first pitch at a KBO baseball game yesterday between the KIA Tigers and the KT Wiz.

ShowMaker tuned up his pitching mechanics with a little help from Kia Tigers outfielder Choi Won-jun, who assisted ShowMaker in practicing for the ceremonial first pitch. And although ShowMaker’s pitch ended up missing the strike zone, he still managed to induce a swing and miss from his father, who stood in the batter’s box for the pitch.

While DWG KIA isn’t owned by the Kia Motors group like the Tigers are, the company is a primary partner of the esports organization. The two teams set up ShowMaker’s appearance at the game as a cross-promotional event. After ShowMaker’s appearance, the Kia Tigers went on to beat first-place KT by a score of 2-0.

This isn’t the first time an esports superstar has thrown out the first pitch at a baseball game, either. In 2019, Overwatch pro Saebyeolbe kicked off a New York Mets game back when he was playing for the New York Excelsior. Those two New York-based organizations had been run by the same majority ownership group until last fall.

ShowMaker and DWG KIA will return to the LCK stage this Thursday, July 15 for an important late-season matchup with third-place Nongshim RedForce.