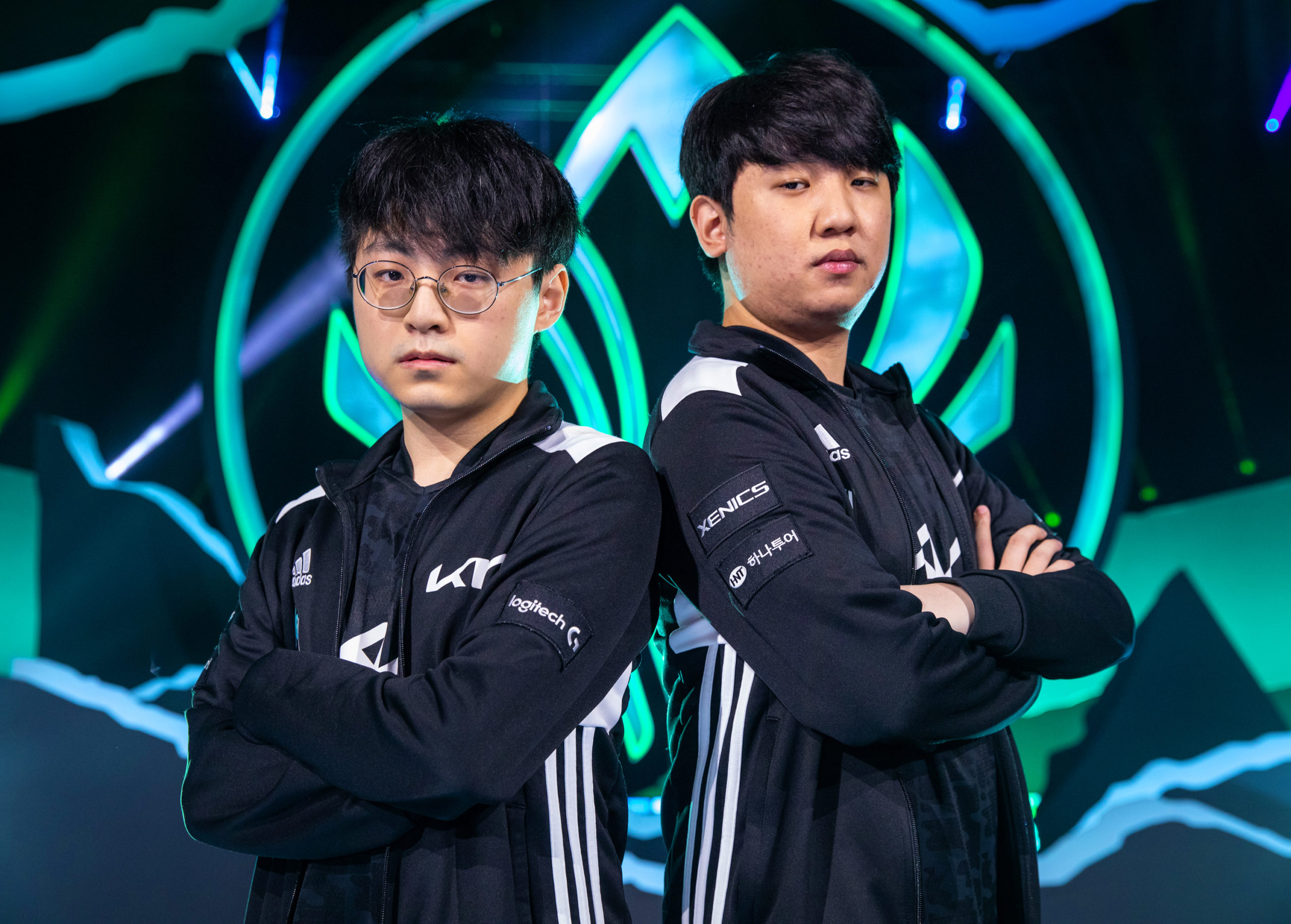 It’s been a pretty shaky 2021 Mid-Season Invitational for DWG KIA, who haven’t looked nearly as dominant as many League of Legends fans and analysts expected prior to the tournament. But the team kicked off the second day of the rumble stage with a well-played victory against North America’s Cloud9.

Heading into today’s matches, both DK and Cloud9 were looking for bounce-back performances. The reigning world champions had just lost against China’s Royal Never Give Up, while the LCS representatives had been handed an 0-2 rumble start by RNG and Europe’s MAD Lions.

Both teams had great scaling rosters with plenty of healing and utility across the board. As a result, it came down to which side executed their plans in a more efficient way. In the opening minutes, Cloud9 came out swinging with great pathing from Blaber’s Udyr, getting multiple kills in the bottom lane. The skirmishes in the first 15 minutes were close, but Cloud9 succeeded through extended fights with Karma and Lulu.

Unfortunately for Cloud9, their window for victory was limited. Even though the NA reps were finding meaningful picks, the gap wasn’t unbearable for DK since their composition would be relatively stronger with more time. They had a ton of mixed damage threats with plenty of range—like ShowMaker’s Syndra and Canyon’s Rumble—while also bringing in a great front line with Sion and Tahm Kench to protect Ghost’s Senna in the backline.

Later in the game, DK began to find the engages they’d been looking for all game long. Whether it was ShowMaker hitting huge multi-man stuns or Khan getting a pick with his ultimate ability, DK’s scaling and high range pulled the game into their favor. Cloud9 couldn’t survive the outright burst damage that followed the crowd control. Cloud9 also couldn’t find a way to kill Senna, which meant teamfights were difficult to maneuver from the mid game onward.

Even though DK made it out with this victory, there is still plenty of work that needs to be done. They were still getting outplayed in the early game, but they showed they can still outplay their opponents with superior macro and decision-making. Cloud9, on the other hand, have now dropped three games in a row and have no wins in the rumble stage. Each game is important for their chances to qualify for the knockout stage, and the NA faithful are slowly losing hope for their top squad.

Catch both teams in action as the rumble stage rages on until Tuesday, May 18.