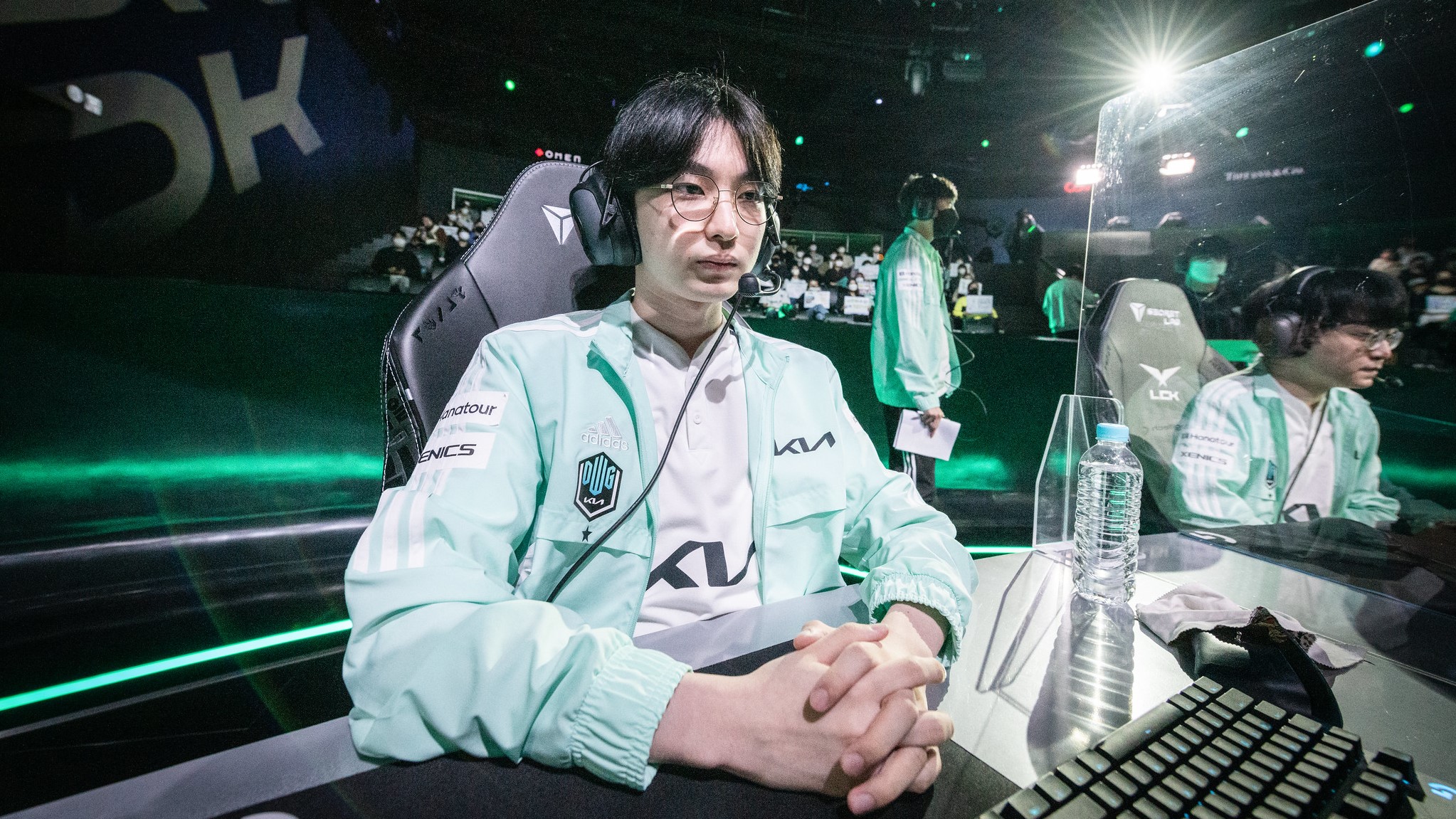 DWG KIA is making some changes to its League of Legends roster.

The South Korea organization has promoted support player Yoon “Bible” Seol to its starting roster and demoted top laner Noh “Burdol” Tae-yoon to its Challengers roster, it revealed today in a statement on social media.

It remains to be seen whether DWG will make use of Bible in the 2022 LCK Summer Split. This split, Burdol has yet to feature in a match, with Jang “Nuguri” Ha-gwon starting in every series. Burdol, though, featured heavily in the Spring Split, finishing third in the standings.

Over the course of the last several weeks, DWG have had mixed results in the LCK, winning one series and losing another. Their Challender squad, however, have been dominating in the LCK CL this year, with Bible playing a key part in the team’s continued success.

If Bible was to make his debut in the LCK, he would be taking the place of Kim “Kellin” Hyeong-gyu, who has started for the team throughout the year.