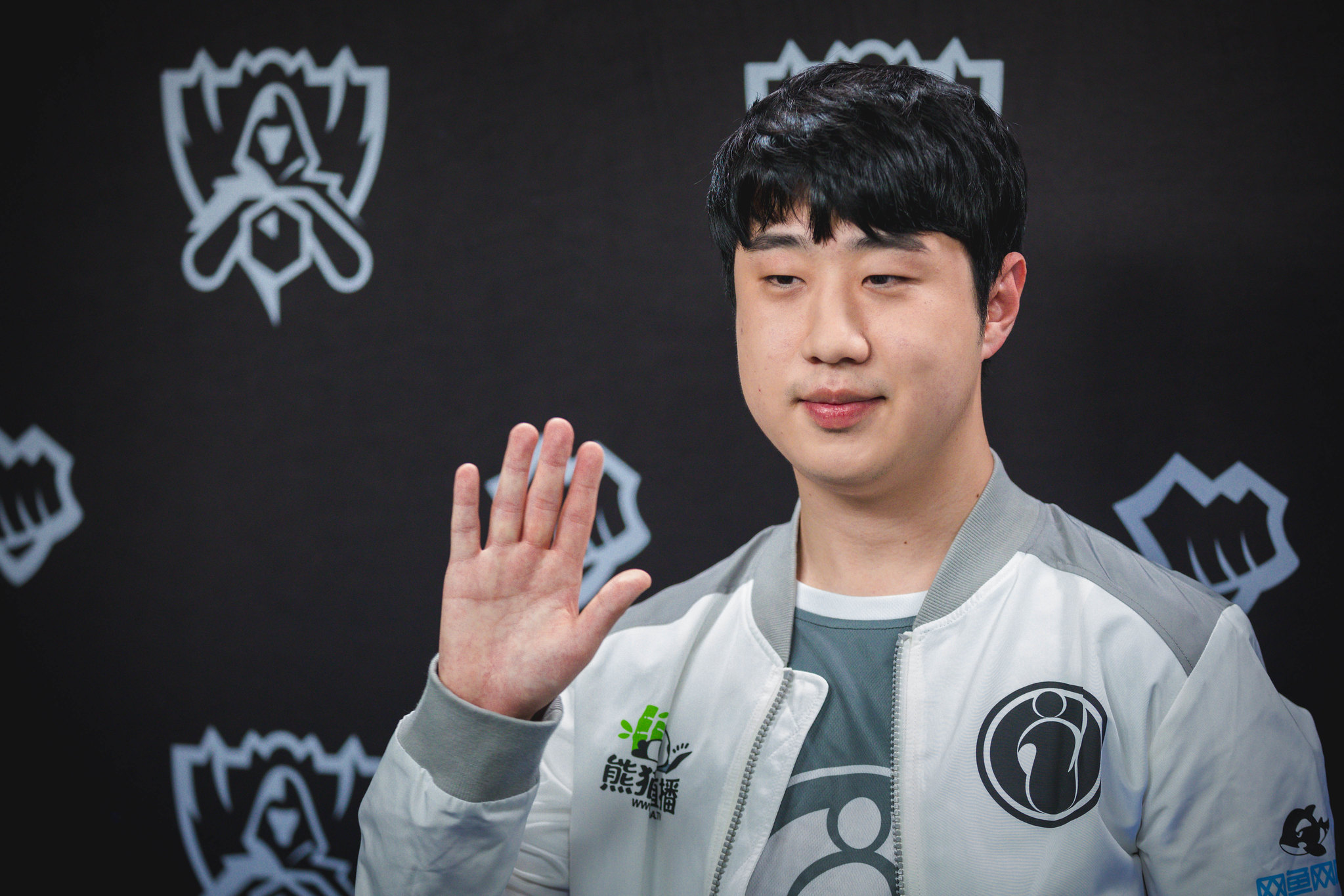 Top laner Lee “Duke” Ho-seong has decided to leave Invictus Gaming, the team he’s been on since 2016. The former SK Telecom T1 player posted a farewell message to his fans on Weibo, giving his reasons and thanking them for the support.

Duke said that he’s leaving IG after a disappointing 2019 season for both him and the team. He spent almost the entire year on the team’s bench after Kang “TheShy” Seung-lok took his starting roster spot. IG, on the other hand, failed to defend their throne at Worlds 2019 after losing to FunPlus Phoenix in the semifinals.

The 24-year-old veteran joined the team three years ago after he left SKT following the 2016 World Championship. IG ended up underperforming heavily in 2017, failing to win either the Spring Split or Summer Split. As a result, the management decided to revamp the roster for 2018. TheShy became a starter along with new players in AD carry Yu “JackeyLove” Wen-Bo and support Wang “Baolan” Liu-Yi.

With this combination of players, IG went on to hit all-new highs as a team. Their success culminated in the team finally winning the 2018 World Championship over squads like KT Rolster, G2 Esports, and Fnatic. Duke, however, was left on the backburner while TheShy became a superstar.

Although Duke might be leaving, he said that he’s happy about the three years he spent on IG. It’s unknown if Duke will continue playing professionally or if he’ll consider transitioning to a coaching position next year.