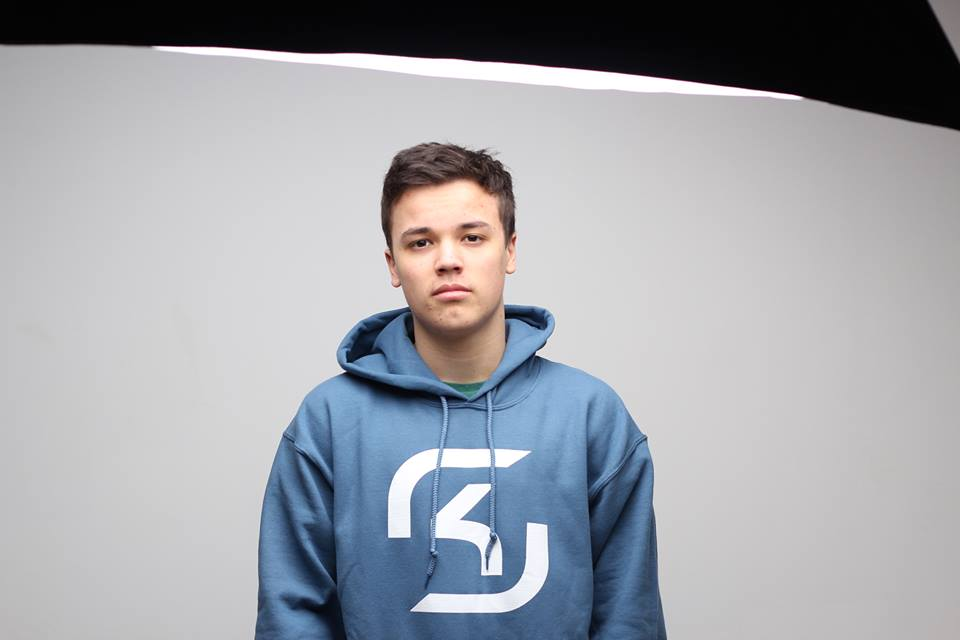 With its 16.000 inhabitants, the small danish seaside town of Grenaa is usually only known for its football college and large Aquaria park and seems like the unlikely place to find a pro league player. However, in November 2013 the people learned a new name. Jesiz. Seemingly out of nowhere Jesse Le, the son of a Danish mother and Vietnamese father came into SK gaming, set to replace one of the biggest faces of esports Carlos “Ocelote” Rodriguez. This is the story of a small town guy who went to the top, took a dive and then rose again.

The house looks like all the other houses on the street. A medium sized middle class house in a blue collar Neighborhood . In a small basement room barely big enough to fit two people sits Jesiz with his computer. His gaze is fixed on the screen while he taps away on the keyboard, locked in a deadly battle on the midlane. The expression on his face shows focus, but what it also shows is a man under pressure. It is the day before the Season 4 worlds final. Even though SK is knocked out and on vacation, Jesiz still practices constantly. Jesiz is on the brink of losing his LCS spot as SK plans to take in coach favorite Watdefox(now known as fox) and young soloQ star adc Niels. A few teammates, mainly Svenskeren is fighting to keep Jesse, and he himself is doing what he can through practice. In the upstairs living room sits his mother, the whole family supports him. It quickly becomes obvious that his mother is very proud of her sons achievments and proudly talks about the various places e-sports has enabled him to go, and how people stop and notice him on the street. However there is also concern, cause where can he go if he loses his spot in SK gaming?

The following morning people gather at the local cinema to watch the final between SSW and SHRC. As Jesiz enters the cinema alongside his brothers, you can hear the younger people in the audience whisper “Hey, isnt that Jesiz? should we get his signature?”. He doesn´t look to good, he seems exhausted, as if he has been up all night. The worry about the teamspot and the constant hate he recieves on reddit and his socialmedia pages are seemingly wearing him down. Midway into game 2 he is fast asleep in his seat. Not too long after worlds the message comes down “You are done” . SK signs Fox and Forgiven *

* Niels as we know ended up accepting Origens offer

Jesiz started out with a selfmade team called Hoang5. The roster had two other notable players in the form of NA LCS player Trashy, and Origen adc Niels(called Stæhr back then) . The team was picked up by danish org Tricked Esport, who has also had the players Pinoy and Nisbeth. Jesiz was playing the top lane, even though he preferred adc.  In September 2013 jesiz moved on to Intellectual Playground where he teamed up with two other known players in the form of NeeGodBro and Santorin. By now Jesiz has transitioned to midlane.  IP took several go4lol titles in a row, but unfortunately ended up losing the important match in the EU LCS qualifier to worlds participants  GamingGear.eu. In that particular match Jesiz did not look too sharp on his Janna mid, but the big break was right around the corner.

2 months after Joining Intellectual Playground, a bomb was thrown as SK gaming announces they had signed Jesiz to replace Ocelote. The social media and reddit pages all said the same “Who?” . Ocelote was at the time the without a doubt biggest face of League, the poster boy of e-sports. It is said that Svenskerens friendship with Jesiz is what brought Jesiz into LCS. Jesiz and SK instantly won the EUW challenger cup with a win in the final against the hyped TCM. The next big test was Dreamhack Winter. In the semi finals SK faced Jesiz old team Intellectual Playground. Jesiz singlehandedly held a struggling SK team into game 1. But in the end Niels took charge and closed the game out. SK came back and won the next two and went on to the final against KMT(now Roccat). The semi final has been stable for Jesiz. The final was an absolute nightmare. KMT won game 1 and where leading huge in game 2, Jesiz was at one point 1-9 and consistently getting bodied by Overpow. By some divine miracle KMT massively threw game 2 and went full tilt game 3. SK had won Dreamhack Winter, but it had not been too impressive for the new LCS mid, and people started to question the choice of SK.

As the LCS starts, SK come out swinging. Through the season it becomes clear that It will be SK or Fnatic taking it. While Jesiz has some issues , he becomes more and more solid as the season progresses.  Jesiz is nervous, he admits this himself in an interview, but working together with SK sportspsychologist he seems to find a balance and becomes someone you can rely on. He is not a flashy player that solokills the enemy mid like for example Febiven. No, Jesiz will usually pick a mid like Ziggs and Orianna and clear from a distance while providing burst combos from a safe distance in a teamfight.  SK ends second and are going to worlds where Svenskerens dumb comment forces SK to fly in Gilius. The lack of synergy is visible, and SK is all over place in the first 3 games. As Svenskeren comes back, the team stabilizes but the damage is already done and SK goes home. Reflecting back, Jesiz did have a solid season, but it doesn´t matter to the audience.  People want action and 1v1. The insults are flying in even on his personal facebook account, and the community blasts him. As 2014 closes, Jesiz is released from SK.

The land of opportunities

Jesiz quickly found a new team in the form of newly promoted team coast. Together with Impaler he was to try to keep Coast from relegation.  As we all know, that backfired horribly. Coast went 1-17 and took the express train out of the LCS. Once you go 1-17 it is time to point fingers. Those finger where once again mainly pointed at Jesiz. The truth is, he didn´t do bad. The whole Team Coast collapsed and didn´t sync at all. Most of the players in that squad could be taken out as individual components and probably do well in other teams. But together it didn´t work. Jesiz was released from Coast, the community called donezo on him and it did indeed seem as if he was done. After all, 1-17 is not a good way of promoting yourself.

Down but not out

After Coast Jesiz disappeared from Pro LoL. People made some jokes here and there but slowly forgot about him. Noone thought he would be back.  In fact, Jesiz had moved to Northern Ireland to live with his old coach from Intellectual Playground, where he would once again go full practice mode and plot his return to the big leagues. Almost 6 months later , “Gamers2 signs Jesiz for adc position”. Having changed his ingame name to Jesse and position back to adc , as he had preferred when he started out, he was once again ready to aim for LCS. Funnily enough he was now playing under the man he had originally replaced.  In the new position he flourished. G2 went 8-2 in the regular Challenger season and then dispatched Wickds Denial Esports 2-0 in the playoff round. In the promotion match Jesses old team SK was waiting.  G2 won 3-2 and had finally managed to get into LCS, but more importantly Jesse had dispatched of the team that kicked him and the guy who replaced him.  Jesse at the moment looks better than he ever has, while he is not top tier adc level yet, it is clear that adc is a way better fit for him. I have no doubt in my mind that Jesse will carry the banner of his small town and do it proud in the coming split.