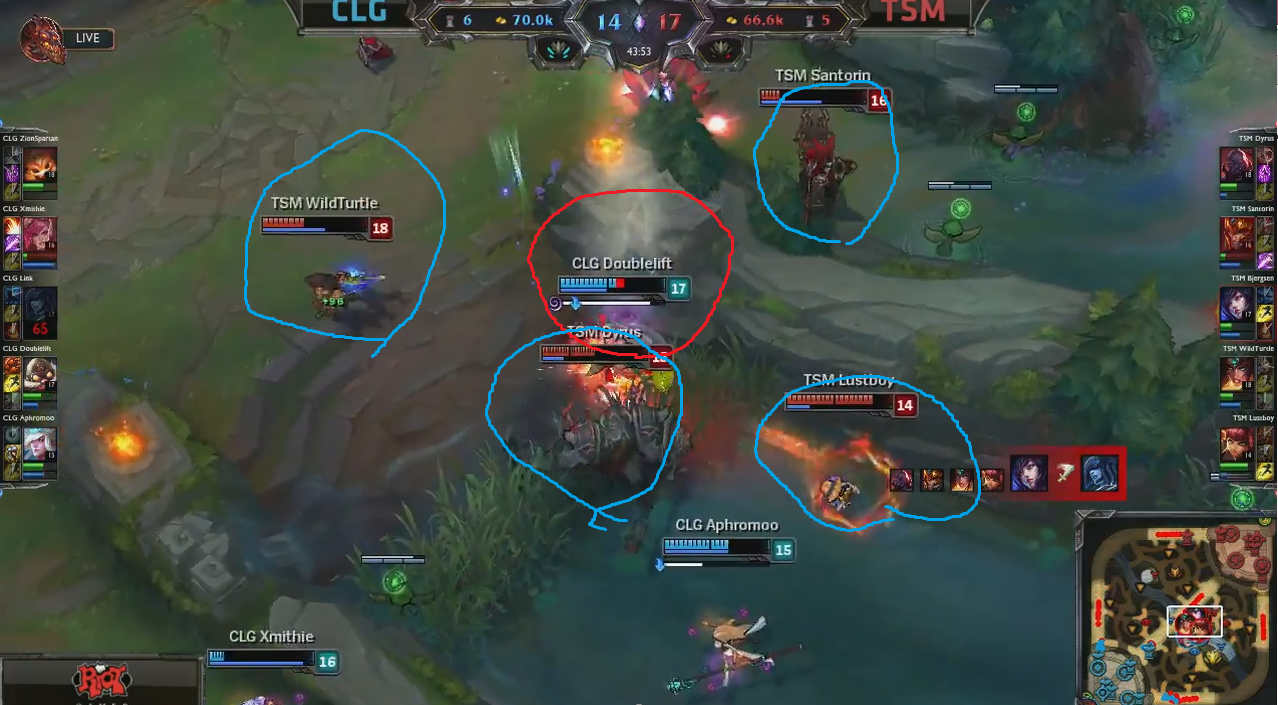 The recent game CLG played vs TSM, Doublelift was playing Corki and did not seem to feel comfortable on the champion, Doublelift is used to champs that are based on auto attacks, like Jinx, Caitlyn or Vayne and he can kite like a god on those champs, but on Corki he did not seems to understand the auto attack animations and did not know when he was supposed to go in and they did not have much damage against Sion in the mid to late game that is why i think Corki is a? questionable pick, i personally think that he should have went something like Vayne or Kalista that hard counters Sivir, not only that but they can deal with tanks in the late game and they both can dodge Ahri?s skillshots, enough about the champions.

Doublelift has never had someone who has put a leash on him, like Imp had Mata, who covered up for him. For Doublelift tho its actually worse, he really needs a coach who is hard on him to train his positioning, that can teach him that it actually matters. Doublelift keeps on saying he is the best ADC in NA and the West even though he clearly is contested to be the best, by other AD carry?s that has slightly worse laning but better positioning.

Doublelift is like a really strong missile without someone who is controlling him, he does not have heat seaking or anything like that, he needs someone who can control him, that is the problem with Doublelift. Every Doublelift fan (including me) says he is the best AD carry, just because his laning is by far the best in North America, even though we deny his positioning in teamfights, his positioning is so inconsistent that it actually can throw games, like in the recent game vs TSM, even though Link did a big missplay, Doublelift did not seem to find the right place to stand to do as much damage as possible.

So this picture shows that he goes way to ham, he saw that Bjergsen was low on Ahri and did not reaslise that Ahri hade ult, so he chases and gets surrounded and gets killed.