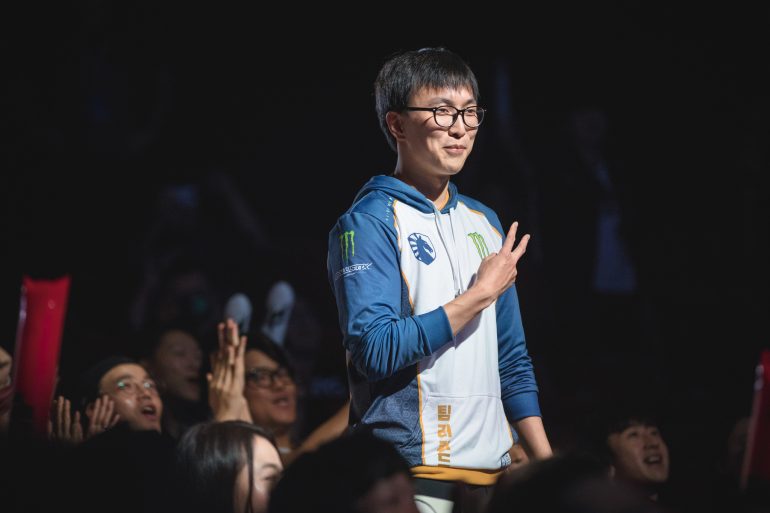 Team Liquid failed to qualify for the 2019 League of Legends World Championship playoffs yesterday. But Liquid’s ADC Yiliang “Doublelift” Peng was quick to defend his teammates from any criticism they were receiving after getting eliminated in the Worlds group stage.

A lot of the criticism toward Liquid was focused on top laner Jeong “Impact” Eon-yeong and mid laner Nicolaj Jensen, according to Doublelift, who posted a video response on Twitter last night. He disagrees with fans only criticizing Impact and Jensen, though.

“I feel like Jensen and Impact get a huge proportion of the blame, but I fucking hate that and I feel like it’s really destructive for a team,” Doublelift said. “When I was on TSM, I wish my teammates stood up for me. So I feel like I should stand up for my teammates when they get unfairly blamed and just say we all fucked up a lot in many games.”

Liquid had a lot of pressure on their shoulders during the last day of the group stage. They were the last hope for North America after both other NA teams—Clutch Gaming and Cloud9—already failed to qualify for the playoffs.

Related: Liquid’s failure at Worlds 2019 is a failure for all of North America

Liquid’s hopes of advancing were extinguished, however, when they lost to the defending world champions, Invictus Gaming. This loss was followed by harsh criticism, which led to Jensen and Impact apologizing to their fans.

“I think that we’re a strong team that can beat anybody, and that’s why it hurts so bad this year,” Doublelift said. “We were unable to show it.”

Worlds 2019 will continue on Saturday, Oct. 26 with the quarterfinal matchup between Griffin and Invictus at 5am CT.