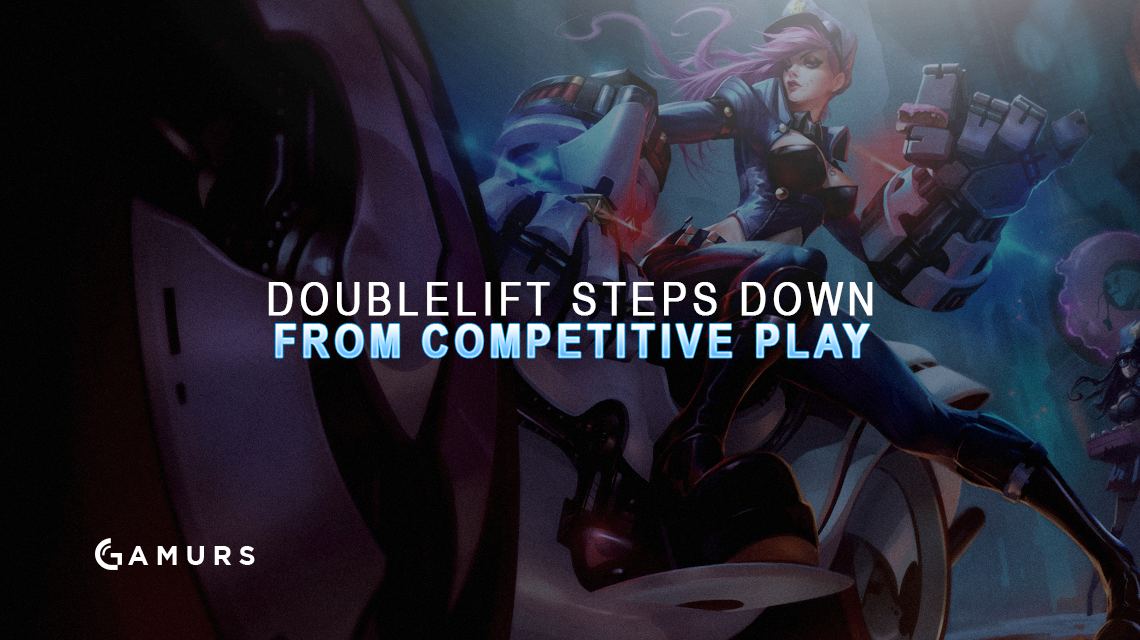 Moments ago, Team SoloMid just released an official statement regarding their League of Legends AD Carry Yiliang “Doublelift” Peng, who has decided to take a competitive hiatus from the sport for the upcoming spring split. This announcement comes one year after Doublelift joined TSM as a free agent from fellow NA LCS team Counter Logic Gaming.

TSM stated that recovery is the main reason for his decision, and I personally can’t blame a player for wanting a break from endless training and matches to spend time alone or with loved ones and do other things in life.

Doublelift had this to say, “It has been a huge privilege to play professionally with so much support from my fans and teammates. I’m tremendously grateful for the fans who follow me and cheer me on through this wild ride.”

Doublelift continued by talking about how much he has enjoyed competing over the past five years. “I am not so talented as many believe,” Doublelift said. “The quality that has kept me domestically dominant for five straight seasons isn’t nature, it’s determination. So many of my peers from Season 1 lacked the fire and willpower to be the best, and they have long faded away. When I do something, I put my heart and soul into it, striving to achieve greatness.”

TSM has stated that they are now looking for a new ADC to fill the void left by Doublelift. The announcement did not state if this is Doublelift’s final bow, as they left open the possibility for him to return in the Summer Split to fight for a starting place against TSM’s new ADC if he so chooses.

Until then, it seems like Doublelift is going to be streaming and entertaining his fans. “After our convincing performance in Summer, NALCS Spring is considerably less appetizing,” Doublelift said. “Streaming and creating content is something I’ve always wanted to focus on, and it’s the perfect time to do it. I’ll come back if the team needs me – better than before, and better than ever.”

You can check out the official announcement here.

Who do you think will be TSM’s new ADC? Let us know by commenting below or tweeting us @GAMURScom.