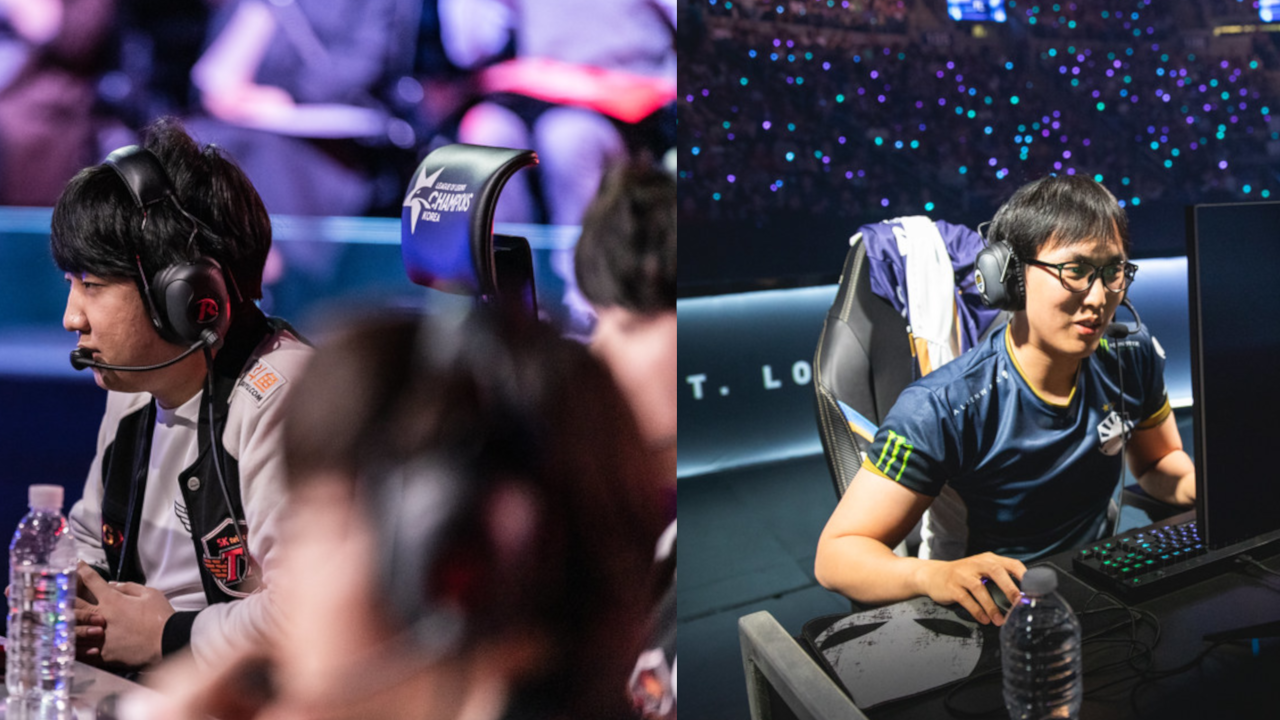 Khan finished atop the 2019 LCK Spring Split with SK Telecom T1, who shocked the world with a 3-0 sweep against Griffin on April 13. Later that day in St. Louis’ Chaifetz Arena, Doublelift and Team Liquid won their third-consecutive LCS title with a reverse sweep over TSM, the only team they hadn’t beat yet in 2019.

Enveloped in the cheers of fans throughout Seoul’s Jamsil Indoor Stadium, the same venue he won his first LCK title in, Khan was the second SKT player to speak in the finals’ post-game interview. “We still have so many games, so it’s too early to get very excited, but I just wanna pickup really great results for the rest of the year,” Khan said. “We’re gonna go back to the drawing board, and look at our replays and VODs.”

This type of message was uncharacteristic of Khan, who told all the top laners in the world to “come bow down in front of [him] and kneel” after he won his last LCK title almost exactly one year ago.

Like Khan, Doublelift spoke without the bravado commonly associated with the six-time LCS champion. “I’m really happy to win the most, but that’s not the most important thing to me,” Doublelift said. “I think I’ve always had this shadow on my life and career that was that I have never gotten out of groups. I don’t know how many more chances I’m gonna get in my life to go internationally, and possibly make it out of groups.”

This shadow looms over both Doublelift and Khan. Both players have yet to meet expectations at the international level. But after once again becoming domestic champions in the spring, Doublelift and Khan have qualified for the Mid-Season Invitational where they’ll have another chance to reach and surpass their goals.

For Doublelift, his goal for MSI is simple—get out of groups. While this is the goal for most North American teams competing at international tournaments given the region’s historically-subpar performance, Doublelift’s inability to make it past a group stage is especially egregious. For someone who’s widely considered the best North American player to touch League of Legends and has attended numerous World Championships, Doublelift’s lack of international success places an asterisk on his legacy in the game.

“It’s unacceptable that I go to Worlds every year as a first seed, and I shit the bed, and I never perform, and my team never makes it out of groups,” Doublelift said after Team Liquid were eliminated from the 2018 World Championship. Despite suffering yet another heartbreaking group stage exit, Doublelift closed out his 2018 season with words of determination.

“But I’m never gonna give up,” Doublelift said.

Six months have passed since the 2018 World Championship, and Doublelift is once again preparing to enter international competition. But this time, he has his newest teammates, Nicolaj Jensen and Jo “CoreJJ” Yong-in, backing him up. Both players have experienced international success and they’ll look to be the difference-makers for Team Liquid come MSI.

“[Doublelift] will carry me in NA, and I will carry him internationally,” Jensen said. Now that Doublelift has helped Jensen hoist his first LCS trophy, Jensen hopes to repay the debt at MSI.

Unlike Doublelift, Khan has never failed to make it past an international group stage. He’s participated in two major international events so far (the 2017 World Championship and last year’s MSI), and Khan and his previous team, Kingzone DragonX, were expected to win both events. At the time, Korea had won all of Riot Games’ major international tournaments since 2013, except for the 2015 inaugural MSI tournament. It was up to Khan and Kingzone (then known as Longzhu Gaming) to continue that legacy when they entered the 2017 World Championship as Korea’s first seed.

But they failed to make it past the World Championship quarterfinals, falling to eventual tournament champions, Samsung Galaxy. Despite this, Kingzone carried their dominance into the next season and qualified for MSI 2018. But just like at the World Championship, Kingzone were unable to win MSI last year, losing to China’s Royal Never Give Up—thus ending Korea’s global hegemony.

After failing to qualify for last year’s World Championship, Khan is returning to the international stage next month with a new team also seeking redemption—SKT. As the most storied team in competitive League of Legends with a myriad of international and domestic successes, SKT’s 2018 season can be best described as an aberration. The roster SKT crafted in 2018 was ill-equipped to handle their LCK competition and the team suffered their worst LCK placing as a result.

To ensure that 2018 was nothing more than an aberration, SKT rebuilt its roster, surrounding marquee player Lee “Faker” Sang-hyeok with the best talent available to create what’s been dubbed the “dream team.” Khan and the rest of the team have already completed phase one of the SKT reclamation project: returning the organization back to the top of Korea after beating Griffin in the finals. Now, in two weeks, phase two of the SKT reclamation project will commence in Hanoi’s National Convention Center, MSI’s stage for this year.

But like Doublelift, Khan succeeding at MSI will be more than bringing prestige to his team and region. It will mean vindication and will show critics that their talents are worthy of being recognized globally.