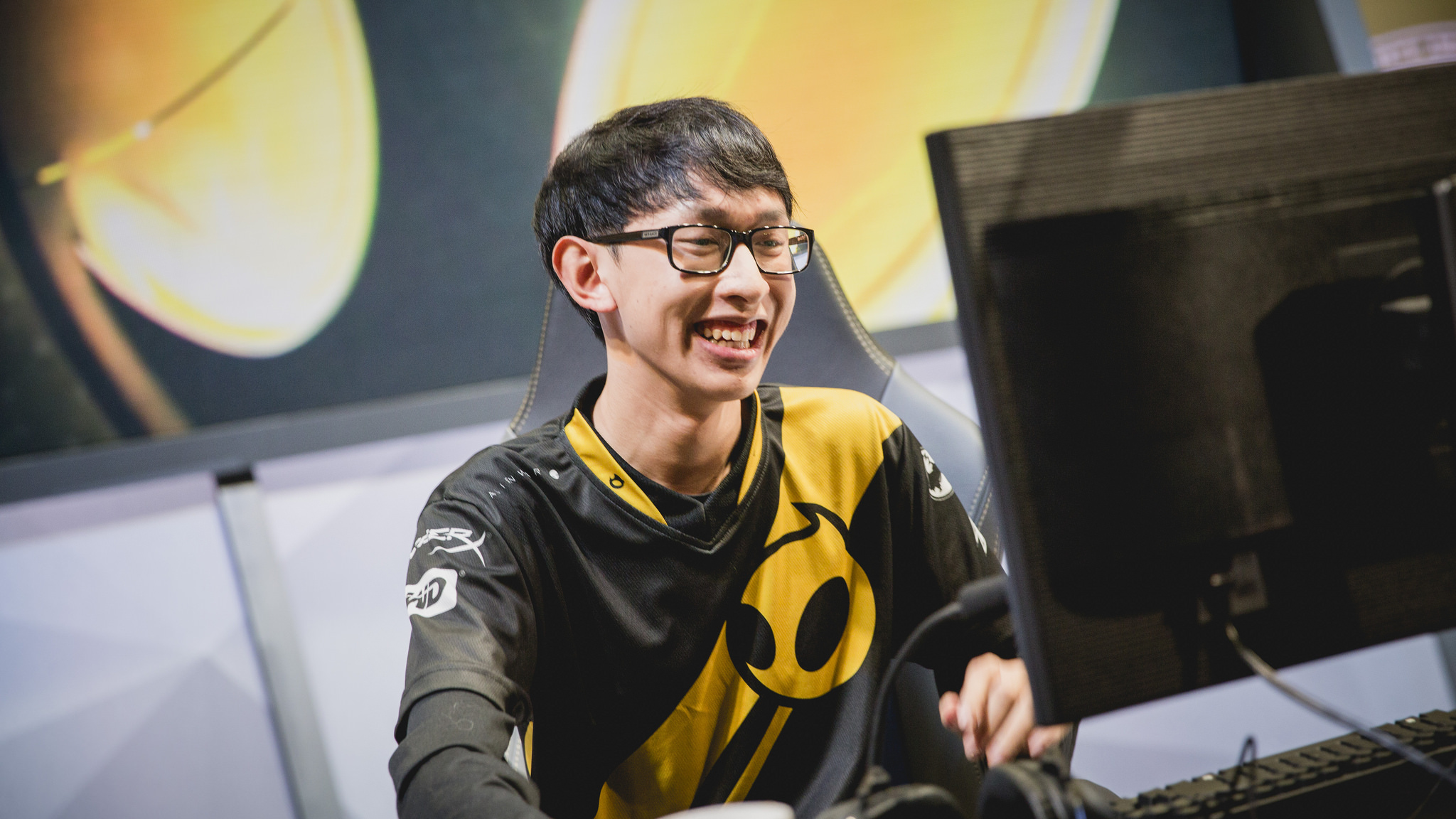 One of the most surprising win streaks in the NA LCS happened in the spring of 2016 when Immortals won 12-straight games.

Immortals was new to League and nobody knew what to expect from the organization led by a teenage CEO. They brought in a bunch of raw talent, but it was unclear how they would jell. Heo “Huni” Seung-hoon and Kim “Reignover” Yeu-jin were an acclaimed duo who had just come off an undefeated 18-0 split with Fnatic in EU.

But their new North American teammates were a mixed bag. Mid laner Eugene “Pobelter” Park made it to Worlds with CLG in 2015 but was known more for his high IQ than his ability to carry. ADC Jason “WildTurtle” Tran’s tumultuous tenure with TSM was filled with highs—like penta kills—and lows—like getting yelled at by the team owner.

Then there was support Adrian Ma. He came from Team Impulse, where his bot lane with Apollo Price was not the strength of the team. All the other new Immortals had seen greater competitive success than Adrian.

Over the next two years, Adrian would prove that he could be great, too. In the process, he’s become the most underrated player in the region.

After Immortals got off to a hot start, nearly the entire team was voted to the NA LCS All-Pro First Team. Adrian seemed like he was getting recognition, but pundits still wondered about his limited champion pool, and credited Huni and Reignover for the bulk of the team’s success.

When the team fell short in the playoffs in both 2016 splits, Adrian caught a large portion of the blame. He was again criticized for his champion pool, which then consisted of ranged, heal-and-shield supports like Janna and Soraka—ignoring the fact that these champions helped WildTurtle’s weaker lane phase and enabled the rest of the team to pull off their trademark aggressive dives. When the team disbanded in the offseason, more allegations were leveled at Adrian by his former teammates, making him out to be Immortals’ weak link.

Since then, he’s bounced from team to team. He didn’t last a full split with Phoenix1 before being transferred to Liquid. Team Dignitas picked him up this split because they really had no solutions in the bot lane. It wasn’t a vote of confidence at all. This seems to tell the tale of an underperformer who couldn’t be relied on.

Nothing could be further from the truth.

Look at the ADCs

It’s notoriously hard to judge the quality of supports. There isn’t a lot of empirical data that applies to the position. And the styles of various support champions differ so much that even support-centric stats, like crowd control rating, are hard to compare across players.

But one way to measure some of the early impact of a support is to look at how well his partner is doing. And over the last two years, Adrian has made his ADCs look like stars.

WildTurtle was always known as a mediocre laner who was good in fights, even though he had a tendency to be too aggressive and get caught. With Adrian, his CS differential at 10 minutes improved from -2.4 in the Summer Split of 2015 to -0.6 in the Spring Split of 2016—all despite very little attention from Reignover, who loved to path to the top side.

Turtle’s KDA improved too—it was an insane 7.0 in the 2015 Spring Split. Sure, KDA is a team stat that’s influenced by more than the ADC support. But since leaving Adrian, Turtle’s KDA plummeted, even though he joined a TSM team last split that was overall more successful than last year’s Immortals squad.

The laning numbers don’t apply only to WildTurtle. Noh “Arrow” Dong-hyeon won MVP last split because Adrian helped him get through lane phase so he could shine in teamfights. But since the team abruptly cut Adrian near the end of the Spring Split, Arrow has not been the same.

That brings us to his current team, Dignitas.

Johnny “Altec” Ru has been in the professional League scene for a long time. But he’s never had a support like Adrian. And it shows in the numbers.

This summer, Altec has transformed from a mediocre laner who averages a CS deficit at 10 minutes, to one of the most punishing laners in the league. It’s not uncommon to see Dignitas’ duo lane shoved up right from the get-go, taking good trades and bullying the opposing duo.

This was never more apparent than in Dignitas’ quarterfinals win over Cloud9. Cloud9 ADC Zachary “Sneaky” Scuderi has been lauded as one of the region’s best for years, and Andy “Smoothie” Ta was last split’s first team support.

But the Dignitas duo lane just dumpstered the matchup. Even while the rest of the team was, at best, staying even, Dignitas could rely on their duo lane to create pressure. That bought them time for star top laner Kim “Ssumday” Chan-ho to scale into a teamfighting beast. As for who brought the rain in those teamfights? Yup, it was the bot lane.

Adrian has even overcome some of his old labels this split. He’s no longer a ranged support main, having picked up Thresh and Blitzcrank. But he and Altec are still winning lane with those picks. Bit by bit, he’s shoring up his weaknesses and becoming one of the best players at his position in the region.

The only question now is—when will people start noticing and giving him credit?

Stats via of Oracle’s Elixir.