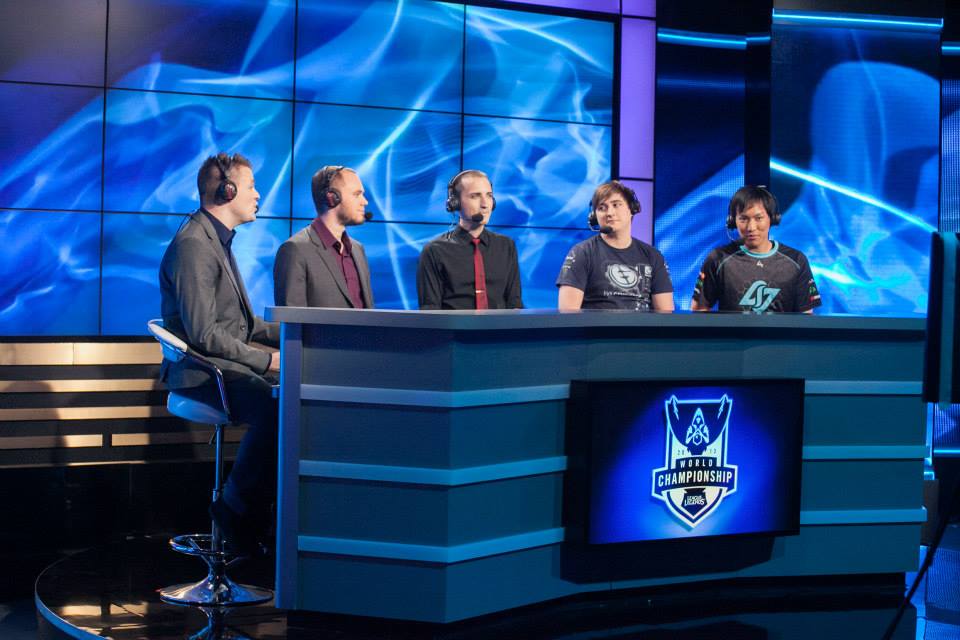 After Team8’s win against Winterfox yesterday, I noticed that one of the top comments on the thread said “gp10 saying team8 would get 3 wins by the end of the split, week 3 they already have 3 lol. Did they even watch them in the challenger series?” With 178 upvotes, it’s clear a lot of people in the community share this sentiment, so I wanted to write down some quick thoughts on predictions/analysis.

I wrote some longer thoughts about T8 in reply to that thread here, but this article will mostly be about pre-season predictions in general. It will mostly take a defensive angle, because I think that pre-season predictions bring a lot of fun and value to both e-sports and traditional sports. At the same time, I agree that our rankings could have improved (stay tuned for this next split!) so please send me feedback either to the [email protected] account or tweeting me (@Ryantang20.)

Predictions are inherently an inaccurate science

One of the strangest effects I noticed was that a lot of fans seemed to think that because our predictions aren’t looking very accurate at the beginning of the split, it means that our writers on the project didn’t do any research. I’m completely okay with people making fun of my own poor predictions (fun fact, Dig and then Coast would have ranked last if it weren’t for me; as of right now, it looks like I personally underrated T8 while overrating some of those teams) but I resent the idea that our writers didn’t do research. The writers covering the individual teams were both already fans of the teams and re-watched VODs to gain additional knowledge.

For T8 in particular, three of our biggest voices working on the project included myself (I used to work doing match recaps for the NACL, so I watched almost every T8 game in the spring split and all of their summer games in the Coke Series just as a fan of the team) Superbian (who wrote the article and watched ~ 5-6 hours of T8 VODS) and another writer who watched almost every T8 game when applying to become their analyst. Our team included one person who watched T8 as his job, another who watched T8 for his job, and one last person who wanted to get a job watching T8. To be completely honest, I don’t think that many people have watched more T8 games than the three of us combined, and certainly not 178 people!

Nonetheless, it still looks like we have underestimated them (alongside under-estimating other teams, like CLG and over-estimating others, like Cloud9) The truth is that predictions are simply an inaccurate science. To give an example of this, let’s look at the ESPN NBA Power Rankings for the current season. Marc Stein and ESPN are two of the most respected names in basketball coverage, and the man also has access to a great deal of insider info as a longstanding industry member. His pre-season rankings can be found here, and the current standing of NBA teams can be found here. One prominent example of a mis-placement is the Atlanta Hawks, currently ranked second in the NBA. In the pre-season rankings, they were placed 15th. It would be ridiculous to assume that one of the most prominent basketball writers simply didn’t watch the Hawks. The truth is that they improved internally and had some roster moves that panned out much better than expected.

Again, please make fun of me for getting my predictions wrong, just don’t assume that my co-workers (or anyone else doing predictions in e-sports or traditional sports) didn’t put the work in.

So why are predictions valuable?

After stating that I think predictions are important, I’ve just gone on to say that I think they are oftentimes quite inaccurate. What exactly does that mean? Predictions are valuable because they provide historical context heading into games and because key facts are often uncovered in the course of making predictions even if the prediction itself was in-accurate.

I don’t think that there’s anything wrong with changing one’s opinion based on new evidence. In fact, I think that adjusting to new evidence is outright crucial to strong analysis! Nonetheless, pre-season predictions play a key role in building storylines. A new fan who just began watching the LCS wouldn’t understand how striking CLG’s run to the top of the table has been – they might just assume that CLG has always been a top team. Even a more established e-sports fan can gain from pre-season analysis by looking back (perhaps even a year or so down the round) and realizing just how strange this season is looking right now.

This becomes all the more prominent for individual player storylines! Right now, a lot of players who were written off by many community members, ourselves included, heading into the split are looking like really strong players at their positions (Link, Cris, KiWiKiD, etc.) Looking back at both their individual careers and the careers of LoL players who came before them, a drastic improvement late in one’s career is extremely unlikely. In fact, it’s probable that all three of these players will fall back down to Earth soon. But if they didn’t, what a great story it would make for them to rise to the top right after everyone thought they were gone for good! (GBM and Space are miraculously doing something similar in Korea) If anything, putting out that they were not considered good players will at least provide an accurate historical context. As this hilarious Forgiven video shows, many community members are often very quick to turn tail on beliefs that they once strongly believed in.

Taking a quick look at our former list of predictions here, it’s clear that these aren’t exactly the current LCS standings. Nonetheless, even if the predictions themselves are wrong, the information gained in the process of making these predictions is still quite valuable. One of the disappointing factors of the final project was that I felt many fans tunneled on the final numbers we gave teams rather than reading the analysis behind it. This may be over-confident, but I felt that even for teams that we have mis-judged, like Team 8 or Gravity, there was still a good deal of valuable predictive information.

For example, we noted that some T8 members seem to have limited champion pools and default onto comfort picks. We also pointed out that T8’s top-lane carry style means that they will have problems with wave control and will oftentimes get caught out and lose 4v5 teamfights. Even if we considered these strengths to be more detrimental than they actually are, fans who haven’t watched Team8 games before the LCS would have gained valuable information about their playstyle.

Likewise, I feel like even when a prediction is correct, it’s important to have strong explanatory reasons behind it. For instance, I feel that many LCS fans could have predicted that TSM would be a top team or that Coast would be a bottom team. However, I felt like a big part of our success lay in successfully noting the strengths and weaknesses of the team rather than just simply guessing a number (Santorin’s playstyle would be a better fit for TSM than Amazing’s, Cris’s propensity for hot streaks on certain champions, etc.)

Basically, I don’t think that our rankings project was perfect, but I’m still really proud of our writers for what they’ve accomplished. I think that rankings are inherently imprecise but there’s still a lot of value behind them! We really want to improve, so please send us feedback to [email protected]