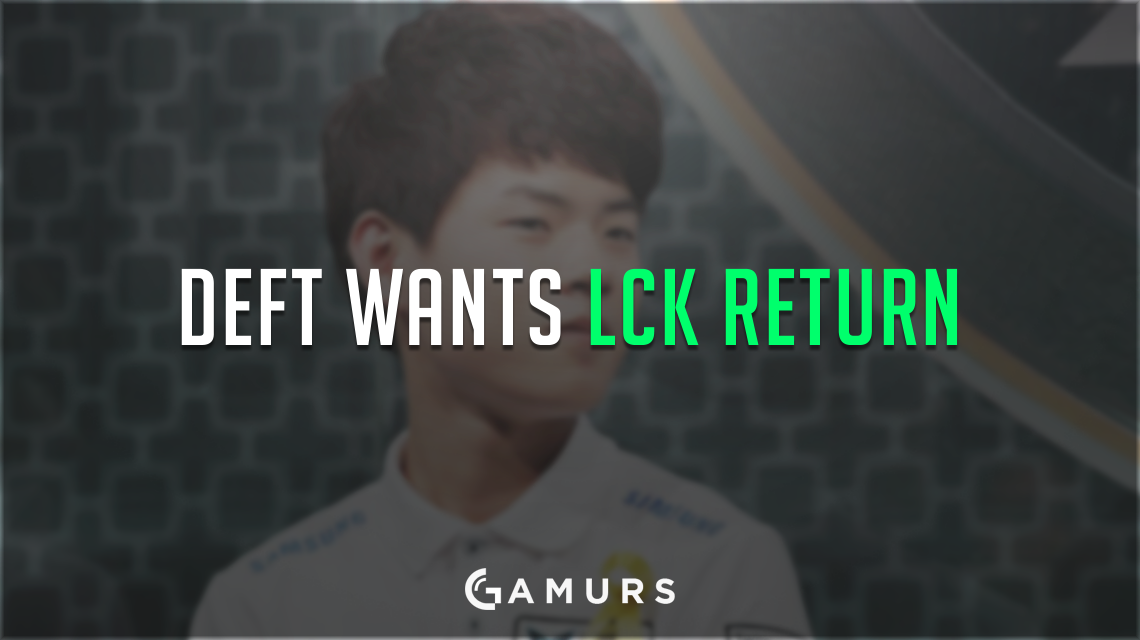 Following Kim “Deft” Hyuk-kyu’s departure from the LPL’s EDward Gaming, there has been a lot of talk regarding his possible return to Korea’s LCK.

It seems to be the case now that rumors of Deft returning to an LCK team have arisen due to his wish to win Worlds, and he feels the LCK is best suited to giving him a chance to live his dream.

This information was reported by Fomos, which you can read here if you know the language. For those unable to understand what it says, the article generally speaks about how Deft didn’t perform the way he wanted to at Worlds and is now looking to redeem himself with a return to the LCK.

As mentioned in the article here he goes on to say that “Since I want to return to Korea, I’m not expecting the level of pay like I had in China. I hope the fans still support me since I’ll be returning for the first time in a while.”

Is Deft making the right decision by leaving the money in the LPL and chasing the championship in the LCK? Let us hear your thoughts in the comments below or tweet us @GAMURScom.