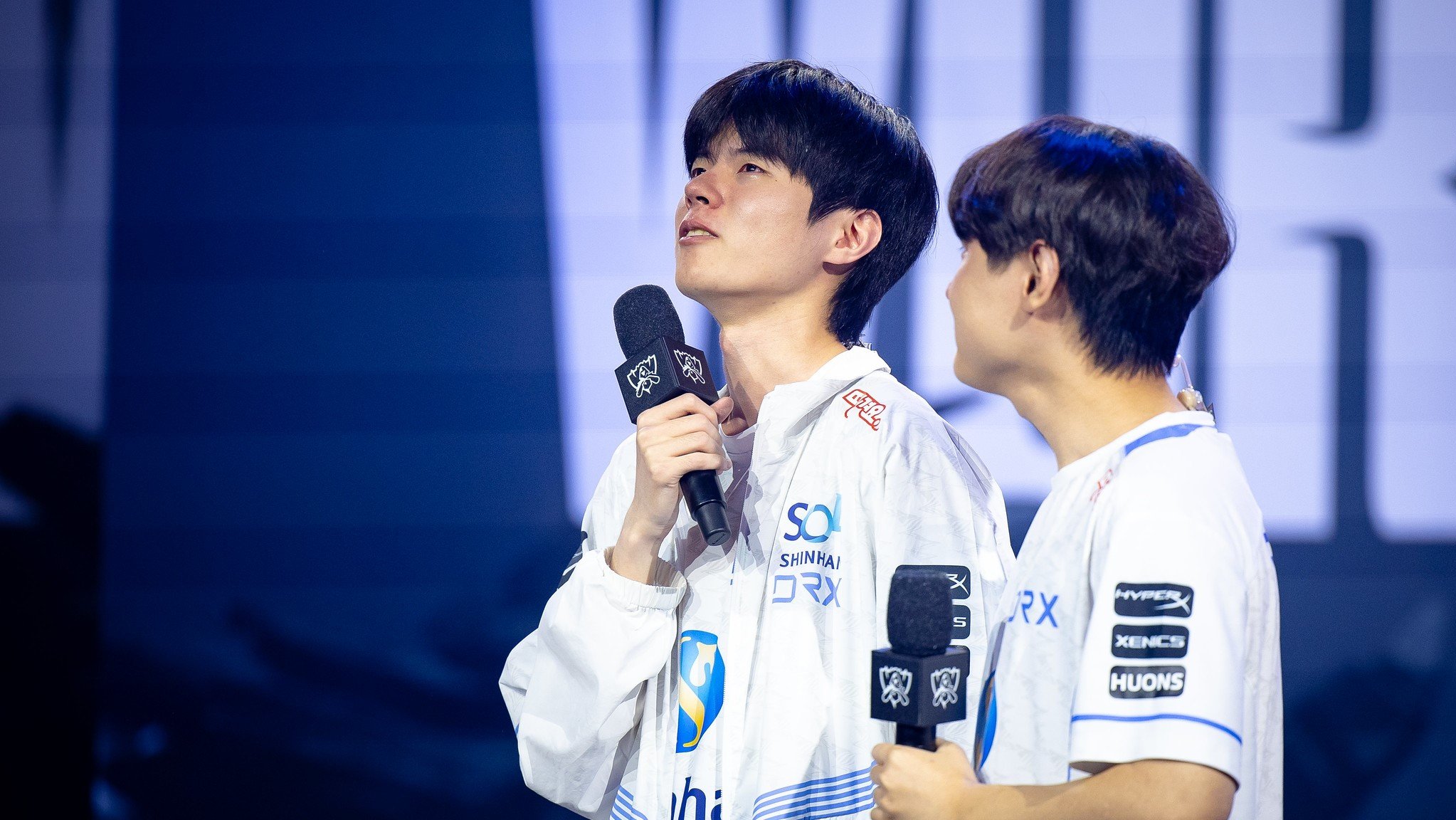 DRX’s victory against EDward Gaming in the quarterfinal of the 2022 League of Legends World Championship couldn’t have been more emotional for their star AD carry, Kim “Deft” Hyuk-kyu.

The 26-year-old veteran player broke down in tears after his team reverse-swept the defending champions, securing themselves a place in the semifinals. For Deft, this series proved that despite his long career, he’s still improving.

“Even if we cannot win Worlds, I just wanted to get this impression that I’m making progress, I’m getting better. And throughout this series, I kinda realized I am getting better, so I’m so happy,” Deft said in the emotional post-game interview.

Deft has been competing since February 2013, when he first joined MVP Blue. Since then, he has claimed an LCK trophy, an LPL trophy, and a Mid-Season Invitational title. But despite having numerous Worlds appearances, he has only made it to the semifinals on two occasions—in 2014 and now in 2022. In other Worlds runs, he fell short in the quarterfinals.

Deft was expected to retire after Worlds 2022 and undergo mandatory military service in South Korea. The player himself, however, recently hinted he has “somewhat resolved [the] issues” regarding his compulsory service, and there’s a chance he’ll still be competing next year.