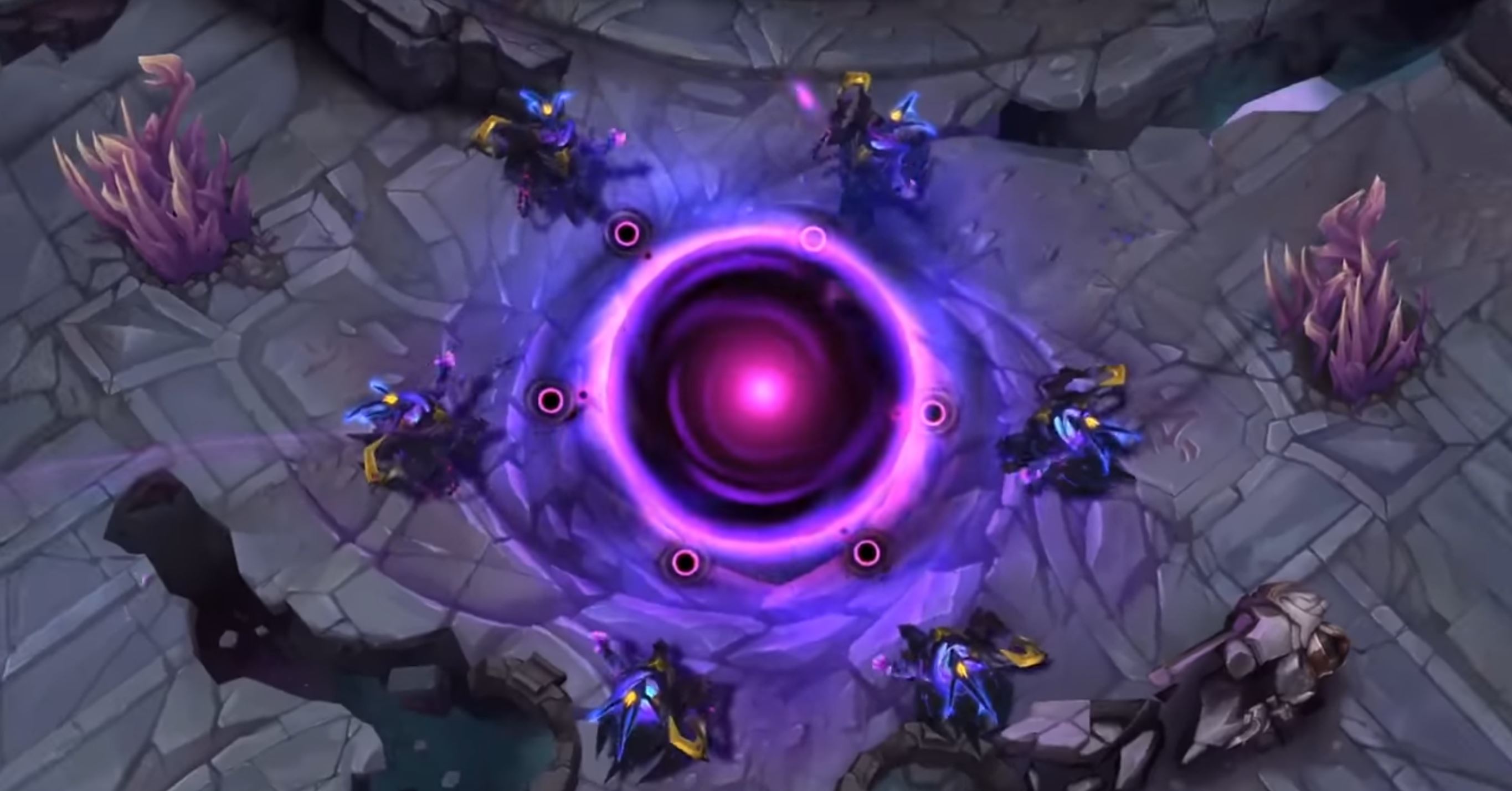 The new Cosmic skins aren’t the only interstellar content coming to League of Legends. There’s an insane new Dark Star game mode coming, according to a video shared on League’s Facebook page today. It will feature a giant black hole that you can toss your enemies into, oh, and new skins. There’s always new skins.

Although there’s no details yet for the Dark Star game mode, there’s enough in this clip to build up some excitement. From the looks of it, everyone plays as Dark Star Thresh, and it’s a battle-royale to see who can use hooks, flays, and a little bit of luck to toss their enemies into the all-consuming black hole that’s constantly sucking up everything in the immediate vicinity.

The game mode also appears to have a special new map, rather than a modified version of Summoner’s Rift or the Howling Abyss like the Blood Moon and Murder Bridge events. Unfortunately, the rules of the game are unknown (aside from throwing people into black holes).

Dark Star Kha’Zix looks to retain most of his bug-like characteristics, but Orianna’s skin alters her character model almost completely. It looks like her ball is now a star, and the idea of whipping around a star and making it explode into a black hole when she uses her ult sounds like it would be really awesome. Dark Star Thresh was a bit more intricate than Dark Star Varus, and it was priced higher at 1820 RP because of this. We expect Dark Star Orianna to be the more expensive of the new pair of skins, due to how much it changes her character as compared to Kha’zix.

ALSO CHECK OUT: The Rift Herald take does not go as planned…