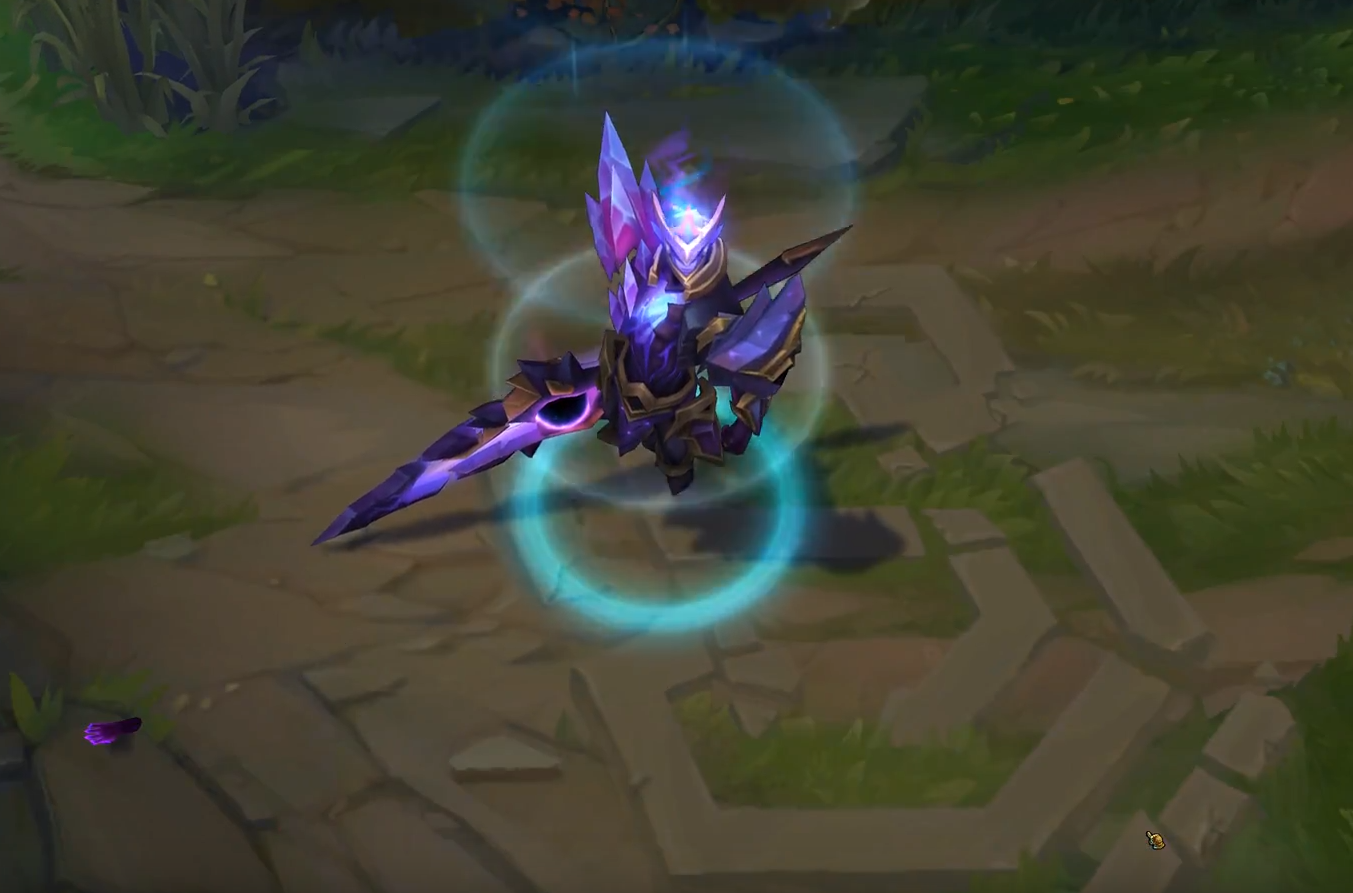 Jarvan IV will be the newest member of the very popular Dark Star skin series, marking his first new skin since Fnatic Jarvan was released in 2014, according to today’s PBE update.

The skin’s name isn’t actually listed on the PBE yet, but it’s filled with the same cosmic purples, blacks, and golds as Dark Star Thresh, Varus, Orianna, and Kha’Zix, so it’s safe to assume that this skin belongs in that line. It also boasts similar animations, sound effects, and a giant black hole in the middle of his spear.

The skin has the same level of intricacy and features as the other skins in the family, such as custom recall and ability animations, as well as visual and sound effects. For that reason, we predict the skin will cost either 1,350 or 1,820 RP, just like every other Dark Star skin.

A release date hasn’t been announced yet, but it’s being included in the PBE’s Patch 8.4 cycle, which means it will probably launch with the official patch in about two weeks.