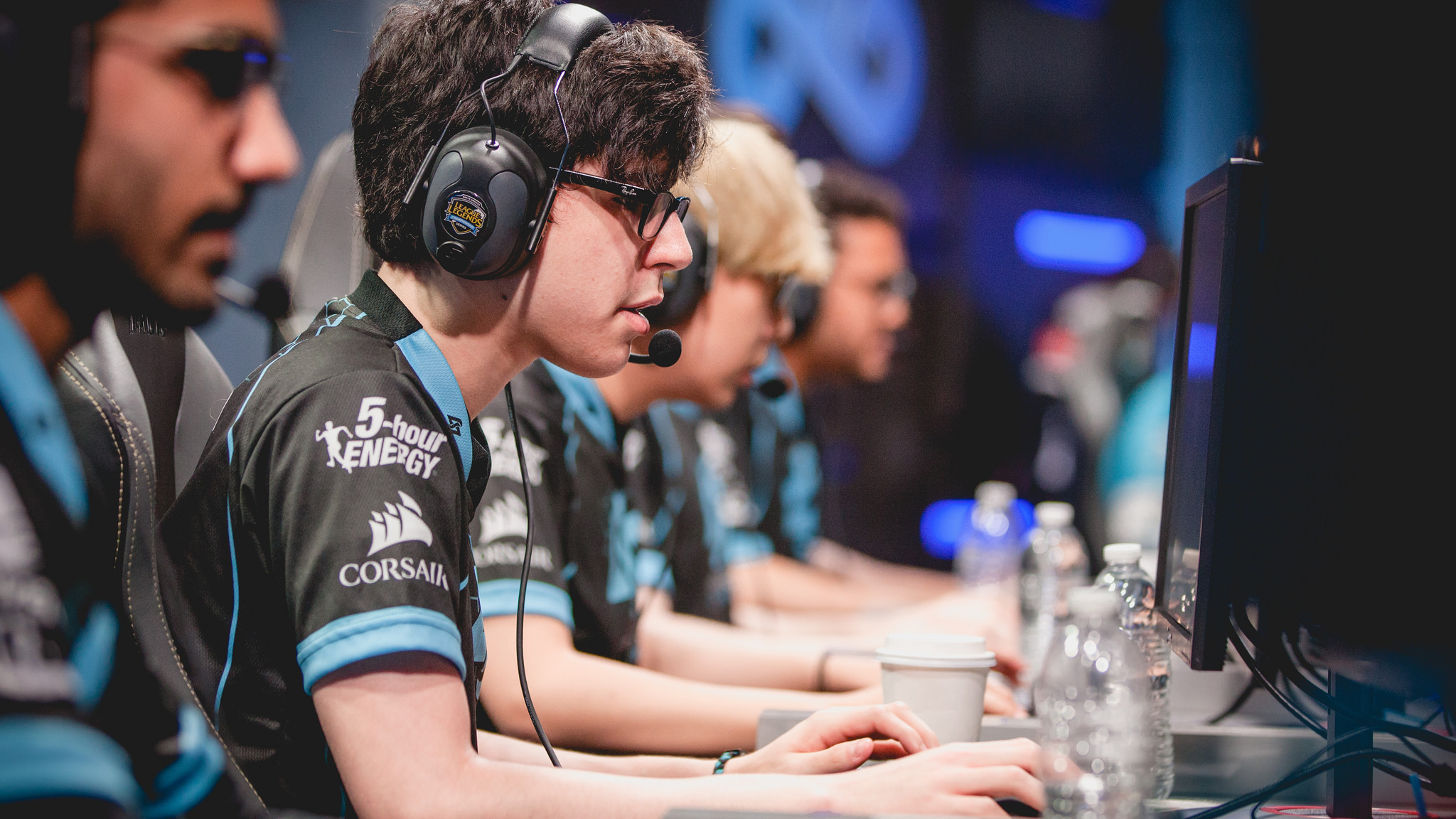 CLG’s 2017 Summer Split debut was nothing short of amazing. Ending the weekend 2-0, with a win against Spring Split finalists Cloud9, CLG were already being heralded as the league’s best team.

For almost any other team in the NA LCS, this result would be more than enough to get them excited. But for Joshua “Dardoch” Hartnett and CLG, they weren’t enough. CLG’s two victories were laced with sloppy play and disjointed engages, mistakes easily exploited on the international stage.

“None of us are satisfied with how we’re playing right now … we know our ceiling is much higher,” Dardoch told Yahoo Esports when asked about CLG’s performance at the end of week one of the NA LCS Summer Split.

Though it was the biggest North American roster move to come from a quiet mid season break, the addition of Dardoch to CLG was met with cautious optimism. Despite his stellar mechanics and awe-inducing carry performances, Dardoch had built a reputation as a hard player to work with. A sharp tongue and repeat altercations with his teammates and organization staff had caused Dardoch to constantly move around teams, with CLG being his third in two years.

CLG, infamous for kicking its marquee player Yiliang “Peter” “Doublelift” Peng over attitude issues very similar to Dardoch’s, was strict when it came to insubordination. Fans were worried as to what CLG would do if problems arose with Dardoch.

But now, six weeks into the NA LCS Summer Split and CLG’s players still look appear problem free. There haven’t been any cryptic tweets from the players hinting at internal problems, nor any videos released by CLG in a similar tone to Team Liquid’s Breaking Point. That documentary, which followed Team Liquid over its 2016 season, portrayed Dardoch as tyrant-like, berating his teammates ruthlessly.

Instead, Dardoch’s integration into CLG has helped push the team to the top of the standings. One of the most creative teams in the league, CLG in summer have instilled a sense of ingenuity into their play that is seldom seen executed successfully in NA. From a unconventional mid Fiora pick to counter TSM’s star mid laner Søren “Bjergsen” Bjerg, to their early adoption of the new red buff leash seen primarily in Korea, CLG have been the league’s innovators this split.

In their final series against Cloud9 before the week break for Rift Rivals, CLG unveiled a clever level one collapse onto top laner Jung “Impact” Eon-yeong by having Gragas Body Slam over the Baron pit.

Dardoch is Xmithie’s antithesis. The two players have two entirely different styles. During his time on Immortals in spring, Dardoch was no doubt the team’s MVP. Immortals lived or died on Dardoch’s ability to find an early lead and snowball. While Immortals’ bot lane duo started to rise in skill by the end of spring, Dardoch was Immortals’ major carry for the duration of his stay on the team.

Xmithie was the exact opposite. CLG’s supportive backbone, Xmithie (alongside support Zaqueri “Aphromoo” Black) facilitated his teammates to carry. Xmithie would often concede his own jungle resources to his laners, in hopes of getting them ahead. Champions like Gragas and Rek’sai, who could still be effective engage tanks with a gold deficit were Xmithie’s specialty, preferring to play these champions over Graves and Lee Sin.

One would expect CLG’s playstyle to change to accommodate its new player, especially when it came to Dardoch—North America’s homegrown jungle carry— But surprisingly the reverse occurred.

Dardoch has taken a backseat on CLG, becoming more of an engage tank player like Xmithie in spring. A far cry from what you’d expect from the former Immortals jungler, even on Lee Sin, his signature champion, Dardoch’s early pathing is now without the unbridled aggression fans are used to.

Dardoch’s summer statistics in these past five weeks and Xmithie’s from spring share striking similarities. Perhaps the most telling is that, by 10 minutes into a game, Dardoch is on average behind the enemy jungler in both gold and experience.

For Dardoch, this is a new experience. In all four splits he’s played in the NA LCS, this is the first time he’s averaged a net negative in both gold and experience by 10 minutes.

Dardoch is now giving up early resources to instead help his laners excel. Before, you may have seen Dardoch power farm jungle camps to become the most powerful player on the map. But now Dardoch is setting up ganks for all three lanes, while trying to anticipate and counter any ganks from the opposition.

Dardoch’s transition into more of a team player hasn’t been without its problems though. Dardoch struggles to be CLG’s primary engage tool, often starting mid game fights without giving notice to his teammates. If Aphromoo isn’t on a playmaking support like Rakan, Thresh, or Blitzcrank, CLG have problems starting fights.

This engage problem feeds into CLG’s bigger problem of greediness when they get a lead. One of the best teams in the league when it comes to finding early advantages, CLG often squander leads by trying to take too much. Whether it be a tower or inhibitor, CLG will try for that one extra objective, no matter the danger. It’s a risk that often doesn’t pay off, with CLG losing players or major objectives.

Unable to successfully start fights with Dardoch’s engages, CLG slowly lose like they did in their second game against FlyQuest on June 17, throwing what should have been a win.

But CLG fans shouldn’t dwell too much on these problems. These two problems swim in a sea full of CLG’s talents like their creative play or stellar mechanics.

CLG certainly aren’t perfect, but their problems seem fixable. These next five weeks of play will be crucial for their growth. Up against the likes of TSM, who recently won Rift Rivals, CLG will almost certainly get punished for their mistakes. But if they can overcome their current issues, Dardoch and company may reach their fabled skill ceiling.