The top-three teams are now locked in and the young guns are on top. 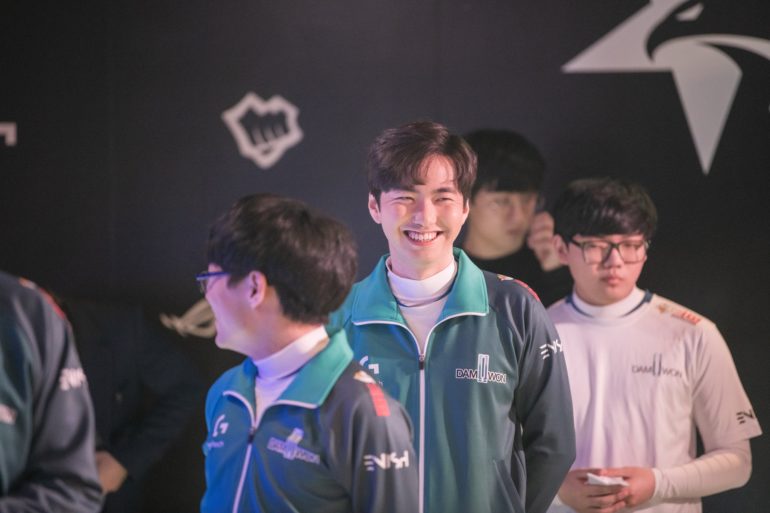 Damwon Gaming have secured a top-three spot in the 2019 LCK Summer Split after taking down SK Telecom T1 2-0 today. The LCK young guns have also moved back into first place after this win with one game left in the season.

After both teams fell to Hanwha Life in surprising fashion in week nine, Damwon and SKT had something to prove on the Rift. SKT’s focus on snowballing leads onto Park “Teddy” Jin-seong was equalized by Damwon’s dive-heavy team compositions with the AD carry constantly being focused.

Heo “ShowMaker” Su’s Akali proved to be an impactful pick for Damwon. While he’s lived in the shadow of the explosive Jang “Nuguri” Ha-gwon in the top lane, Showmaker has shone in the Summer Split, taking home his eighth MVP performance for the split in game one.

The substitution of Cho “Mata” Se-hyeong wasn’t enough for SKT in game two, either. In his first game since Rift Rivals, the veteran picked up the rather new Volibear support and put it to good use. Volibear enabled SKT to get picks around objectives and it looked like they were in the driver’s seat.

But SKT didn’t have enough peel to keep the fed Teddy up. Damwon found a surprise Baron fight at 29 minutes and caught SKT off-guard. They aced SKT, took down the purple worm, and started their assault on SKT’s base.

With the 1-3-1 in full effect, thanks to Nuguri’s Camille and Showmaker’s Akali, SKT fell too far behind. Sin “Nuclear” Jeong-hyeon’s Xayah hit his three-item power spike just in time for Damwon to take another fight around the second Baron and put an end to SKT’s misery.

With this loss, SKT are now locked out of a top-three spot and still aren’t locked in for the playoffs. Their game against Sandbox Gaming is a must-win on Saturday, and if it doesn’t go their way, they can still slide to as low as sixth in the standings.

For Damwon, however, they’re one result away from securing an automatic spot in the LCK grand finals with a chance to qualify for Worlds. If Damwon beat Gen.G on Sunday, they put themselves in the best possible position to finish at the top of the table.