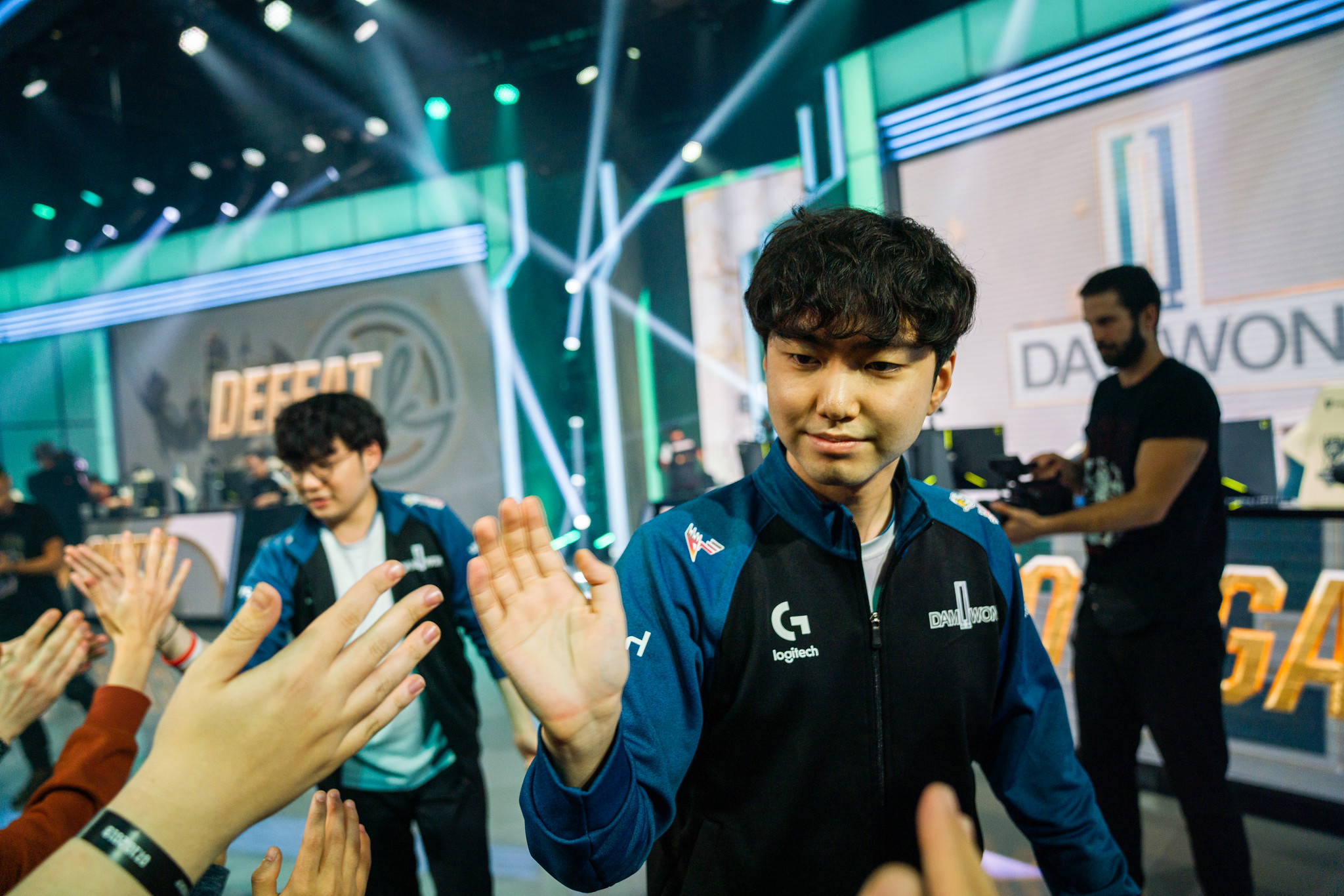 DAMWON came into Worlds as the LCK’s third seed, and throughout the play-in stage, they were expected to dominate the competition. They blasted through the play-in group stage with an undefeated record, and once it was revealed that they’d face the VCS’ Lowkey in the knockout stage, there was little doubt that DAMWON would continue their winning streak. But Lowkey were up for the challenge.

Throughout the play-in stage, one of DAMWON’s biggest weaknesses was their lackluster early game, which Lowkey exploited in game one. Lowkey started with a top and bot lane swap and they were able to funnel kills and gold onto Nguyễn Phước “Celebrity” Long Hiệp’s Tristana. DAMWON found favorable teamfights, but Celebrity, with the protection of his teammates, was able to continuously shred through the entire team. After winning the last teamfight, Lowkey ran through the top lane to destroy DAMWON’s Nexus and hand the LCK team their first loss at Worlds.

Game one was an utter surprise for League of Legends spectators, but it was the only surprise of the series. In game two, DAMWON didn’t let the early game pass them by. They made an early aggressive dive onto Lowkey’s bot lane and immediately snowballed their lead. DAMWON continued their early game aggression through games three and four to end the series 3-1.

Despite ultimately losing to DAMWON, this series was monumental for Lowkey and the VCS. No Vietnamese team had previously taken a game off of a Korean squad. Additionally, Lowkey’s play-in performance further justified adding a second VCS team to the Worlds lineup.

Three best-of-five series remain before we find out which group DAMWON will join in the main event. But since DAMWON can’t join a pool with another Korean team, they’ll be placed in either Group B or D.