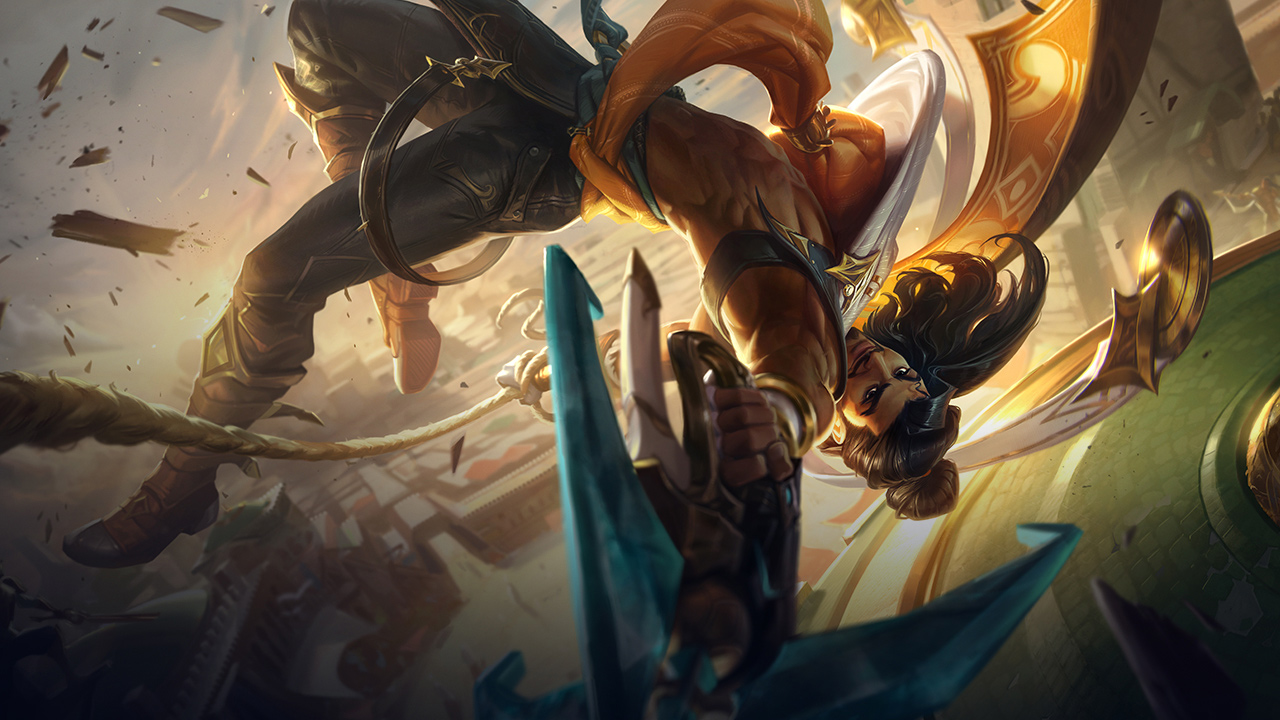 A trio of champions are set to join League of Legends’ Crystal Rose skinline, stepping away from their normal Summoner’s Rift attire to dress more formally, as if attending a wedding.

Crystal Rose Akshan and Janna, as well as Withered Rose Elise, are now available on the PBE for testing. These champions join the skinline that was released just last year, which includes Swain, Zyra, Talon, and Syndra in League, in addition to Ezreal, Lux, Jarvan IV, and Sona as exclusives in Wild Rift.

Akshan and Janna dress in their best shining white attire as members of the Crystal Rose collection, sporting a tuxedo and dress that starkly contrast the bloody battles on Summoner’s Rift. Elise joins the lineup as the sole representative of the Withered Rose side of the collection, joining Talon and Syndra in a more dreary yet elegant appearance. In these skins, each champions’ abilities have added particles to match the thematic, leaving trails of petals in their wake as they attack.

This is Akshan’s first new skin since his release, now offering the Rogue Sentinel another clothing option alongside his Cyber Pop and base skins. Meanwhile, both Janna and Elise are receiving skins for the first time since 2020, where they received Battle Queen and Bewitching skins, respectively.

Crystal Rose Akshan and Janna, as well as Withered Rose Elise, are expected to release in the in-game shop alongside League Patch 12.2, which is scheduled to go live on Jan. 19. These skins are currently available for testing on the PBE, though may receive changes prior to their release on live servers.