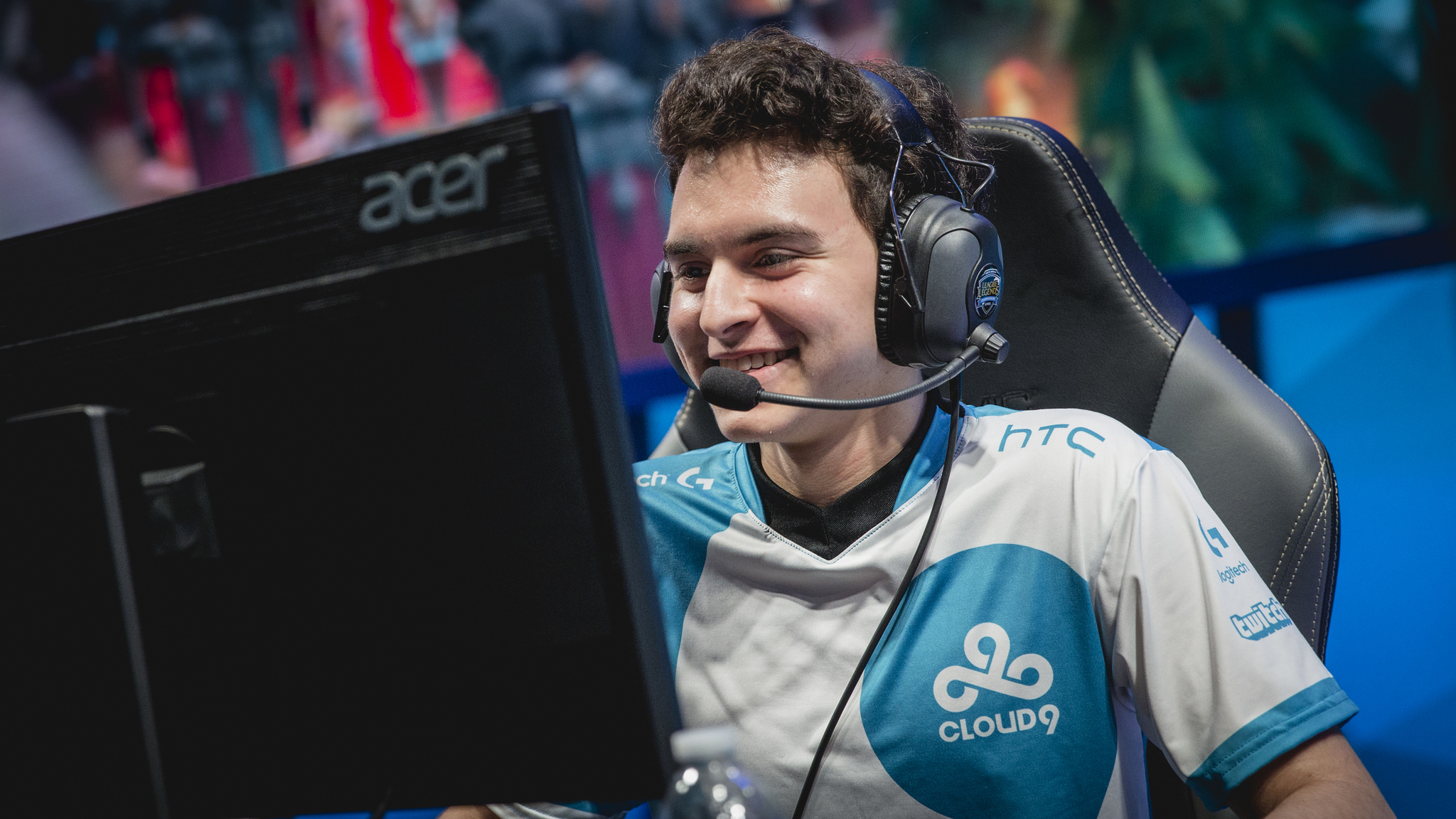 This was the Juan “Contractz” Garcia redemption story.

Much maligned for his over-aggressive gank on Lee “Faker” Sang-hyeok that led to Cloud9’s loss to SK Telecom T1, the young jungler had a lot to prove going into his second game at Worlds. After all, this is a Cloud9 roster full of Worlds veterans, even champions—and him.

Even more pressure was put on his shoulders when Cloud9 drafted Ezreal for him in their second rotation against ahq e-Sports club. Ezreal jungle has been an uneven experiment so far, and it was a big risk in what amounted to a do-or-die team. Even though ahq defeated EDward Gaming yesterday, they are considered the weakest team in the group. Go down 0-2 with a loss to ahq, and Cloud9 could kiss their hopes of making the bracket stage goodbye.

Related: TSM put NA on the map with a victory at Worlds.

In the biggest game of his career, playing a champion he could not have been practicing for long, Contractz dominated.

The early game was all about the duel between junglers, with Contractz and ahq’s Xue “Mountain” Zhao-hong. But instead of constant jungle skirmishes, it was a cold war, with both teams laying down wards to control the opposing jungler.

In such environments, the jungler who gets the most help from his teammates usually wins. In this case, it was Contractz. An early roam by support Andy “Smoothie” Ta, a TP from top laner Jung “Impact” Eon-yeong, and creative use of the Ryze ult by mid laner Nicolaj Jensen gave Cloud9 first blood inside the ahq red-side jungle. Cloud9 have steadily built on their synergy with Jensen all year, and it is finally paying off in a big way.

Contractz made good on his early advantage. With ADC Zachary “Sneaky” Scuderi using Xayah to punish Chou “AN” Chun-an’s Kog’Maw, Contractz had free reign on whatever side Cloud9 placed its duo. Tower after tower fell as Cloud9 rotated around the map. The coup de grâce was an unanswered Baron call at 24 minutes that broke open the game.

Cloud9 used the Baron to devastating effect, taking down all the outer towers and exposing the ahq base. A few catches on overextended ahq members led to a middle inhibitor, and shortly thereafter, the Nexus. It was an overwhelming show by the North American side.

Next up, ahq will get a crack at SKT tomorrow (Oct. 7) at 7am ET. Cloud9 will look to show this game wasn’t a fluke against EDG after the ahq vs. SKT match.