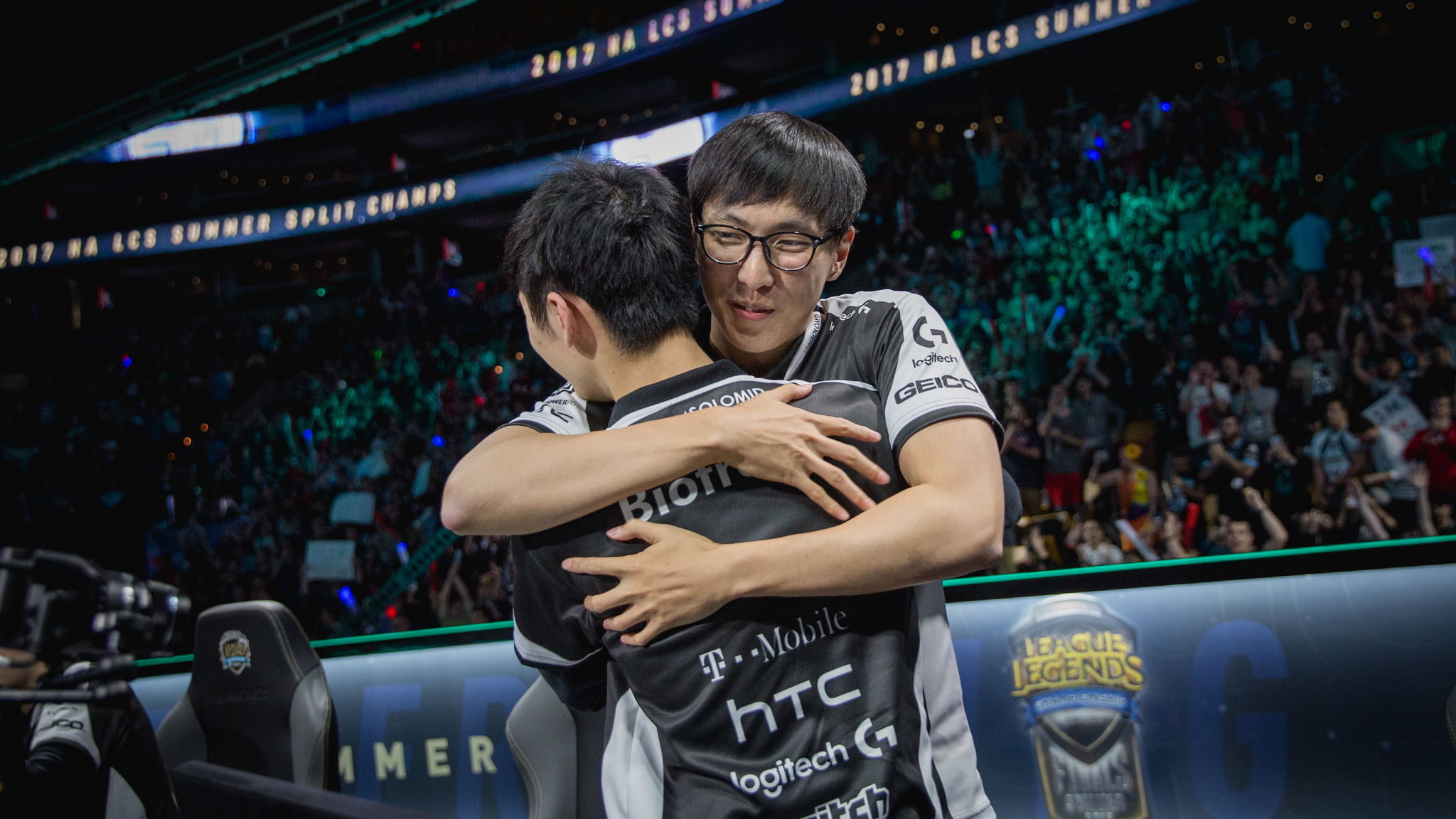 TSM made a great first impression today at Worlds by earning a victory over the LMS’ Flash Wolves.

Day one of the group stage was a grisly scene for North America, as both Immortals and Cloud9 were brought to their knees by the giants of the LCK—SK Telecom T1 and Longzhu Gaming. Day two, however, started off with a bang thanks to TSM. The Flash Wolves are one of the LMS’ historically best teams with several Worlds appearances and other international success, and today, TSM threw them down.

Flash Wolves scrounged together an early lead by making the first move on objectives like Dragon, Rift Herald, and the first tower, but they couldn’t hold onto it. Thanks to TSM’s Kevin “Hauntzer” Yarnell and his incredible mechanical talent, TSM found room to come back, slowly snowballing into a lead after several successful siege defenses. They held onto their base for a majority of the Flash Wolves’ pushes, playing the assaults so well that FW couldn’t even crack their base open with a Baron buff.

After enough stalling, Yiliang “Doublelift” Peng hit his four-item late game build, which is an enormous power spike for his Tristana, one of the strongest late game ADCs in the game.

“We had to play a lot more conscious and stall the game out until we got item spikes,” Doublelift told Riot Games after the game. “With [Tristana], as soon as I got four items, I could one-vs-five, so we were kind of just waiting for that.”

Flash Wolves made some big plays and mounted another comeback, but it was short lived, and soon, TSM was back on the offensive, forcing a big fight around the Elder Dragon that would go on to win the game.

TSM’s 2017 Worlds debut was impressive, but if they want to keep winning, they’ll have to learn to be more proactive in the early game, control the map, and make early decisions to push down objectives. That’s what FW did against them today, and if they hadn’t given TSM room to come back, they could have used their lead to close out the game.

TSM’s next game is tomorrow at 3am ET/3pm CST against Team WE.