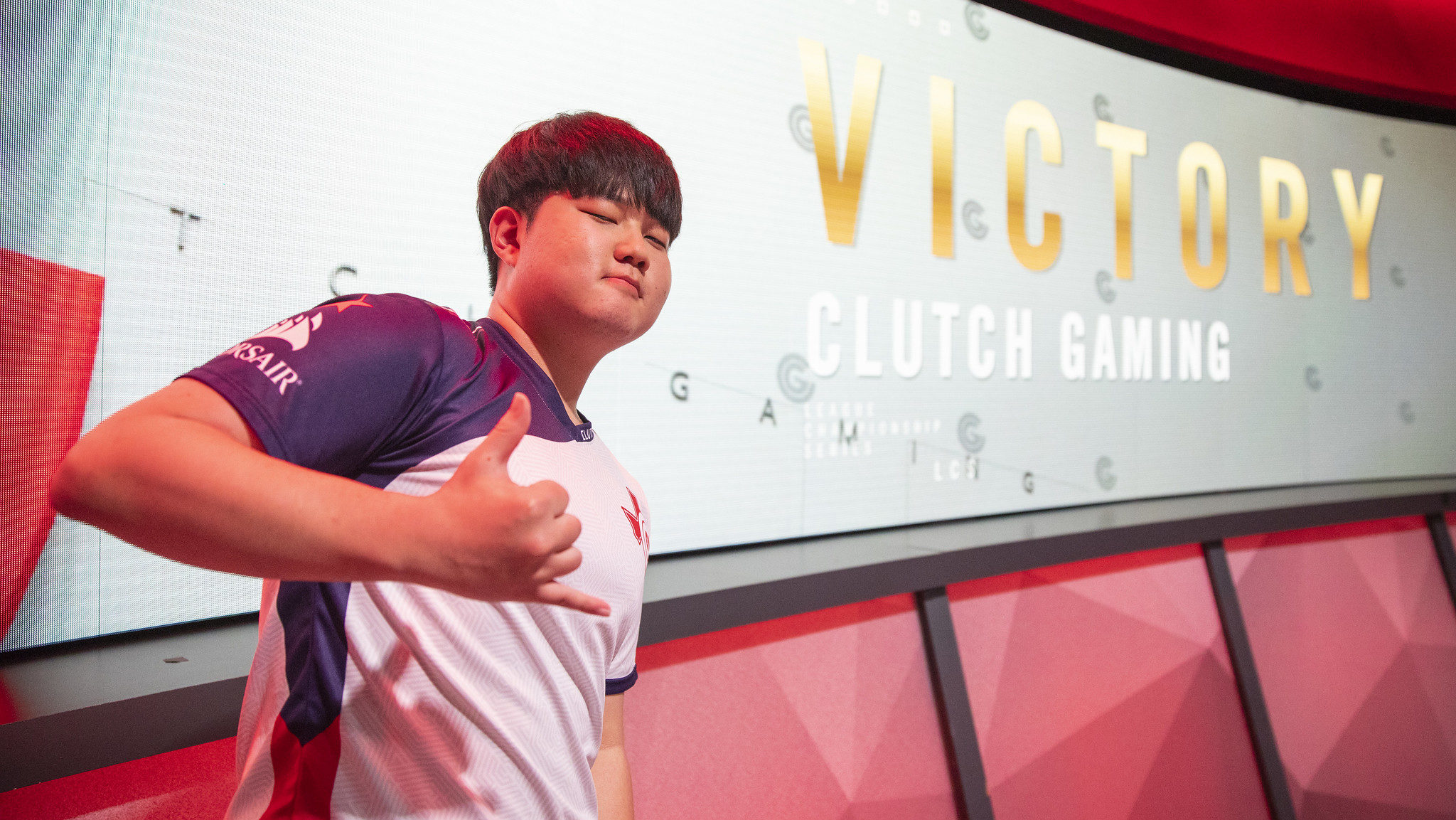 Heo “Huni” Seung-hoon has a love affair with Rumble. No matter what meta we’re in at the professional level, he’ll find a way to make the fire-spitting Yordle machine viable.

For most of 2019, that affinity hasn’t worked out for him. But today, with a 2019 LCS Summer Split playoff spot on the line for Clutch Gaming, Huni’s Rumble delivered, helping the team beat Golden Guardians and punch through to the postseason.

Before today, Huni had been just 3-3 on Rumble this split. But one of those wins was against Golden Guardians in week two. Now at the end of the split, he’s still making Rumble work despite the champion’s overall sub-50 percent win rate for the split.

Huni went into the game as Clutch’s only winning lane, and his ability to secure priority without dying was key, especially against Kevin “Hauntzer” Yarnell, Golden Guardians’ best player. Then, a well-timed teleport by Huni into the bottom lane helped secure first blood and two unanswered kills for Clutch.

Support Philippe “Vulcan” Laflamme has been coming on as of late for Clutch, and mid laner Tanner Damonte had a strong game on Irelia as well. But it was mostly the pressure in the top lane that flipped the switch for Clutch as they evened their record at 9-9 and secured a playoff spot.