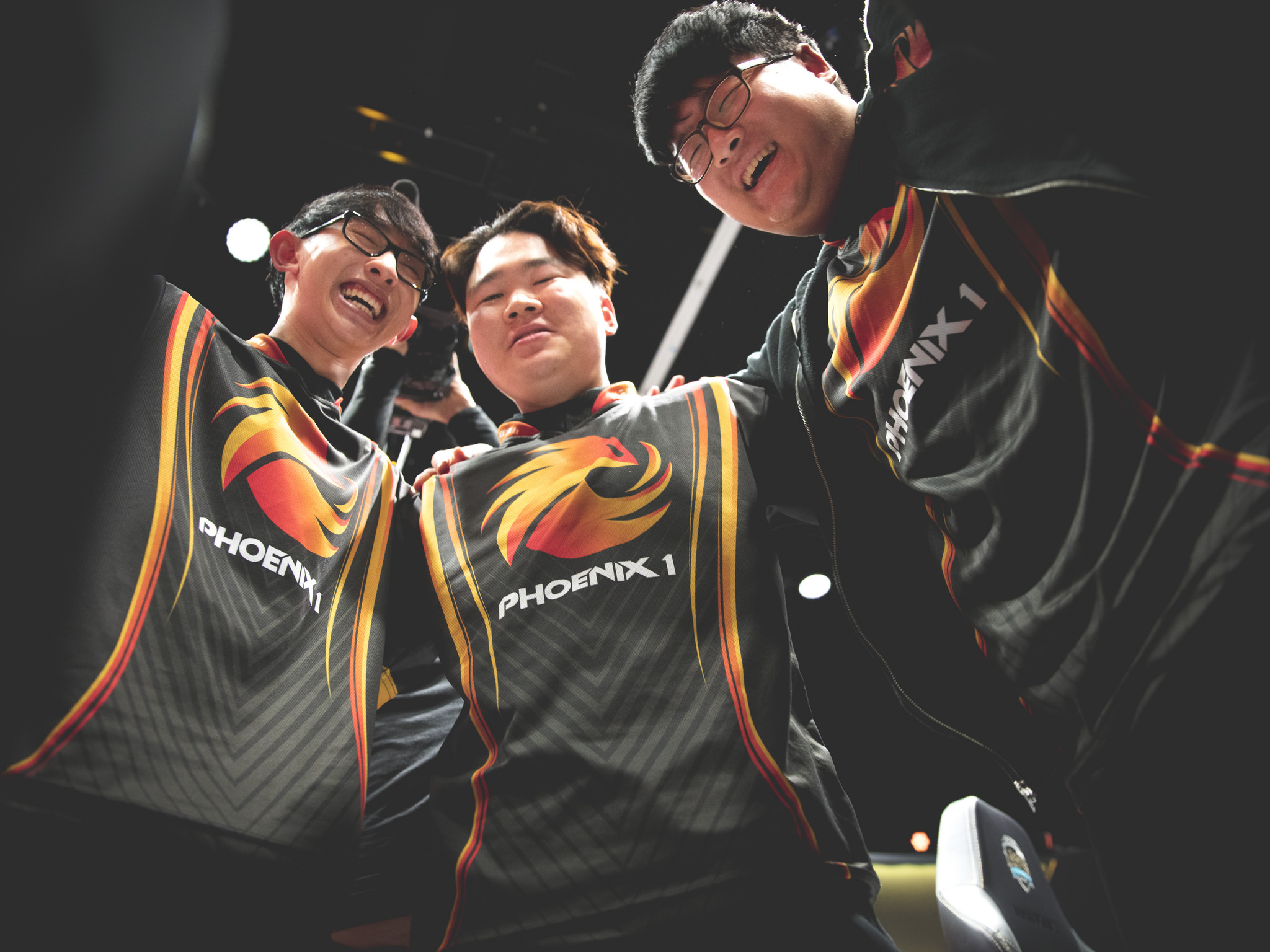 Sunday’s NA LCS matches featured four teams at the top of the standings: FlyQuest vs. TSM and Cloud9 vs. Phoenix1. The games did not disappoint; we saw tremendous macro play, a few throws, and even a base race. Cloud9 and FlyQuest went into the day looking to respond after losses, but instead it was underdogs TSM and P1 that emerged victorious.

The first match pitted FlyQuest’s aggressive shot calling and penchant for unique champions against a rising TSM team that just knocked off Cloud9. We saw some of that champion diversity as Galen “Moon” Holgate picked Shaco in game one, the first time we’ve seen the demon jester in LCS play.

What was lacking was the shot calling. TSM top laner Kevin “Hauntzer” Yarnell took Nautilus into An “Balls” Le’s Maokai in game one and immediately gained an advantage via Nautilus’ superior early-level kit. But rather than focus on the bot lane, where FlyQuest was winning, Moon ganked for Balls, and the result was disastrous. Hauntzer turned the gank around while TSM’s jungler Dennis “Svenskeren” Johnsen ganked the bot side successfully.

With a huge lead, TSM out-rotated FlyQuest to every objective. Aggressive calls from FlyQuest backfired and they could not beat TSM in a straight teamfight. Rather than dial that back in game two, FlyQuest went all-in on those aggressive calls. The pivotal moment was an early objective trade that saw FlyQuest take down TSM’s mid lane inhibitor in under 23 minutes.

That early inhibitor would prove problematic for the rest of the game. TSM took back control of the map, surviving a Penta Kill from FlyQuest mid laner Hai Lam. But their base remained vulnerable. That allowed FlyQuest to end the game on another insane objective trade where Balls sacrificed his life so his team could take down the TSM Nexus.

Unfortunately, the same calls would not work out for them in game three. Hai’s Orianna was again on-point, but TSM were more careful playing around it. They also had Hauntzer back on tank Nautilus (he played split push Renekton in game two), and FlyQuest again couldn’t take TSM in teamfights.

Cloud9 typically relies on mid laner Nicolaj Jensen and top laner Jung “Impact” Eon-yeong to dominate their lanes . But P1 would have none of that as Derek “Zig” Shao and Yoo “Ryu” Sang-ook traded well in top and mid lane, respectively. C9 was unable to punish P1 for pushing in multiple lanes and just lost the map.

But this wouldn’t be an LCS day without a throw, and P1 nearly did just that at the C9 Nexus. Cloud9 aced P1, took Elder Dragon and Baron, and looked to be in complete control. Then all hell broke loose.

P1 caught a few Cloud9 members retreating through the jungle and the teams ended up in reversed positions. Rather than reset, both teams raced for the enemy Nexus. The only problem? P1 had five members alive and Cloud9 only two. You do the math.

C9 shored up their early game in game two with some crafty pathing from jungler Juan “Contractz” Arturo Garcia. He caught Ryu by surprise and then outplayed both Zig and Meteos for three very early kills. C9 did their best to snowball the early lead, but a litany of mistakes allowed P1 to claw back in both kills and towers.

The main point of weakness was actually Jensen. He was caught out of position again and again, unable to escape with the Ryze ultimate. Shot calling is a team issue, but Jensen is the star carry playing the most important position in the meta. He can’t keep making mistakes if C9 wants to win. This time, P1 didn’t fail at the C9 Nexus and won the game easily.