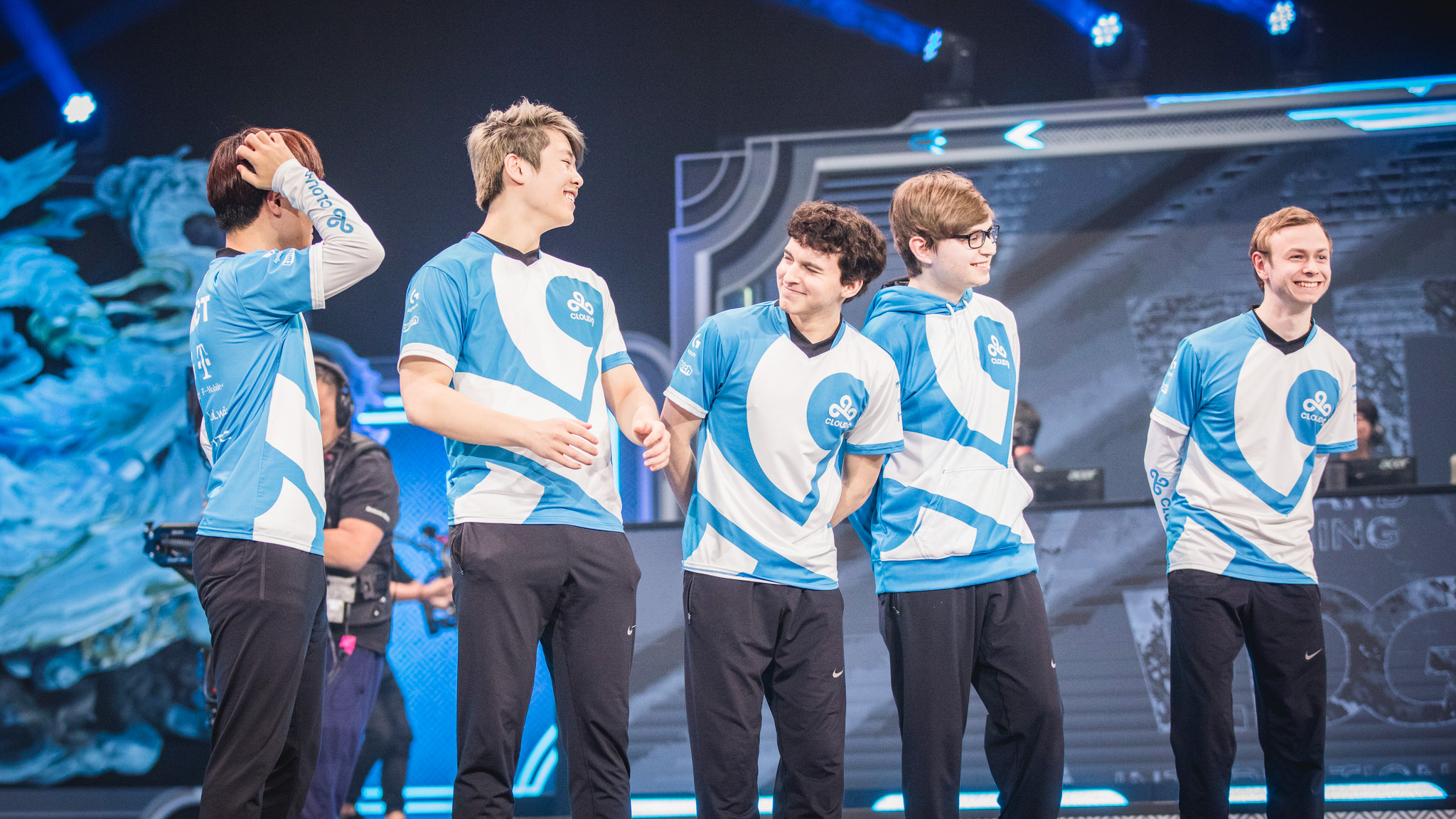 For much of the Worlds 2017 group stage, the NA LCS and LMS regions were locked in intense battle.

But this battle wasn’t for glory. Instead, it was a fight to not be crowned the most disappointing region in the tournament. Top sides from both regions, playing in the same group, both crashed and burned in a spectacular show of ineptitude. One final hope remained for each side: Cloud9 for NA and ahq e-Sports Club for the LMS.

With identical records, these two squads faced one last fight for a spot in the quarterfinals. And it was Cloud9 that came out on top.

For much of the tournament, teams have played a strange game of chicken in the draft phase. Some teams stubbornly pick scaling compositions built for late game, while others take advantage of those scaling lanes with early pressure picks. The best example of this is actually what happened to TSM, who kept picking scaling ADCs like Kog’Maw and died under a hail of Caitlyn auto-attacks.

The scaling comps just haven’t worked. Even defending champs SK Telecom T1 have conceded as much, grabbing at least one winning lane in their last win vs. C9. So when ahq let Cloud9 draft three winning lanes—Gnar top into Maokai, LeBlanc mid into Fizz, and Caitlyn bot into Twitch—the game felt over.

The other quirk of the draft phase has been teams willingly handing over Janna. Her winrate has come down a bit, but is still in the mid-60 percentage for the Worlds main event. She is the strongest available champion in nearly every game.

And ahq just handed her over. Cloud9 happily picked her up and went about a patient game winning every lane. Ahq’s only real chance was an early gank by jungler Xue “Mountain” Zhao-Hong on C9’s overextended bot lane. But C9 walked out of it using summoners and didn’t even have to pick.

Death by a thousand cuts

Mountain never returned and Cloud9 took over the bot side. ADC Zachary “Sneaky” Scuderi, who like the other NA ADCs had been underperforming in the second week of Worlds, finally started winning lane on Caitlyn. With jungle support, he constantly chipped at ahq’s tower, forcing ahq’s bot lane to stick around and defend.

It wouldn’t matter. With Contractz controlling the jungle and Nicolaj Jensen’s priority on mid lane, ahq could not make an aggressive move. The bot lane turret fell without a fight, and with the extra gold, Sneaky’s first back resulted in an Infinity Edge. Miles ahead and with Janna protecting him, Sneaky was basically invincible.

Fizz ult and Jarvan IV ult all hit the squishy Caitlyn, and it didn’t matter. With Janna shield and Ardent Censer, Sneaky calmly life-stealed back to full health and Cloud9 won the fight. They ran it all the way to ahq’s Nexus for the win.

Cloud9’s victory over ahq means the LMS squad is eliminated from Worlds. Cloud9’s own hopes rely on the outcome of the night’s last game between SKT and EDward Gaming. If SKT win, Cloud9 are through to the quarterfinals. If EDG stage an upset, Cloud9 will have one last tiebreaker against the hometown Chinese squad to avoid letting down the entire NA LCS.