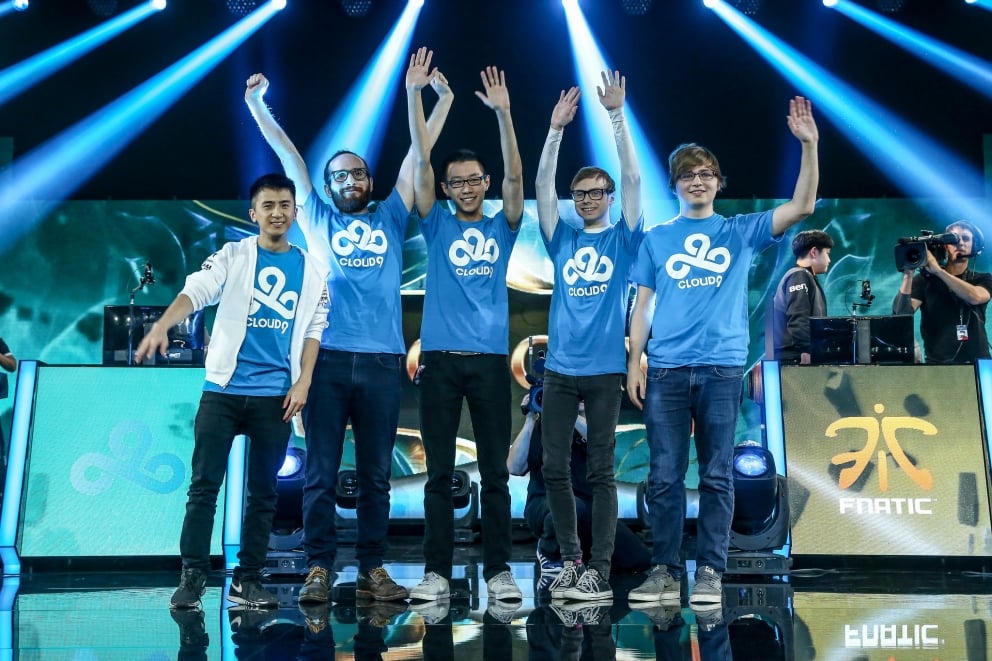 Last week was the start of the League Of Legends World Championship and one team in particular shocked many by going 3-0 in there group. Cloud 9. Cloud 9 were once North America’s strongest team until there mid laner and shot caller Hai decided to retire after 2 years being on the team back in April. C9 then got a new European mid laner to fill the now empty spot of were Hai once stood known as Incarnati0n. After this C9 completley lost there touch and fell down to 8th place nearly facing relegations. Hai stepped back in as Jungler and shot caller replacing jungler Meteos and managed to get the team safely in 7th place retaining there LCS spot. For team captain Hai this wasnt enough. Hai felt the team could still make it to worlds. This would mean the team would have to win 3 best of 5’s one day after the next. The team managed to do it pulling 3 big upsets of and 2 reverse sweeps. Cloud 9 we’re going to worlds.

Cloud 9 were placed in to group c and would have to face Invictus Gaming (LPL) Fnatic (LCS EU) and AHQ e-Sports Club (LMS). For Cloud 9 this was surely a tough group. Fnatic being a team arguably similar to C9 in there strong team fighting and shotcalling. Invictus gaming having one of the strongest Jungler’s in the competition fighting against brand new jungler Hai, and AHQ’s really strong top laner Ziv against balls who had been have a worrying performance for C9. Cloud 9’s first game at worlds was against the LMS team AHQ. Most people predicted to AHQ to take this game mainly because of every role of AHQ was better than Cloud 9’s (maybe only the bot lane matching closely). C9 managed to make up a siege composition in there draft using Gangplank (who provides nice poke). The Veigar and Morgana (who provide the team with zone control being able to punish any player that steps out of line), And finally the Tristana who will just knock down towers so quickly. AHQ were not expecting this and Cloud 9 just dismantled the LMS team tower after tower.

Throughout all of the groups the Chineses LPL teams have been a dissapointment to say the least. Not quite banning the right things and leaving powerful picks open. These teams were to be considered really strong contenders going in to worlds and it just hasnt shown in there first week. For Cloud 9’s second game they ran a different set of champions but with the exact same idea while keeping a hold of the Tristana pick. In this game Cloud 9 played rather sloppy but managed to pick it up in the mid to late game with Hai’s agressive shot calling. Hai was not afraid at all this game to start up the baron and make IG start a team fight with C9. All though this win was less convincing than there victory against AHQ this game shown more of Hai’s ability to shotcall so well in the jungle role.

Game 3 was there last game in the first week and was against Fnatic Europes best team. Somehow Cloud 9 managed to run the same sort of comp that they had been winning with in the first 2 games and like the IG game all though having a shaky early game they still were able to take the win against Fnatic. At 21 minutes into the game C9 were 2.4k ahead and shortly after went for one of Hai’s very agressive barons. Fnatic were able to spot it and managed to ace C9. They went onto snowball the game well but Hai managed to do yet another agressive baron play and take it closing the gap and then finally getting a really nice team fight in which Top laner Balls picked up a Penta kill.

Cloud 9’s 3-0 start to the group stages at worlds shocked many of us but the one question still stands. Are they strong enough?. Are Cloud 9 a strong enough roster to win the 2015 World Championship?. The teams that are likely to see the world championship right through to the end are SKT, KT and KOO. I think these teams will be able to punish Cloud 9’s early game mistakes enough to snowball the game right through to the end. The way that Cloud 9 could have a chance against the top teams is by utilizing Hai’s very creative and agressive shot calling. Catching even little mistakes the enemy makes and transitioning them into bigger objectives. That is ofcourse if Cloud 9 even end up facing them.

The worrying trend for Cloud 9 is that for the first 3 games we have only seen them run one composition, although it has proven to be very successful in there group other teams should soon realise and start picking and banning accordingly.  In there next games we will see if Cloud 9 can play other compositions that are not centered around sieging, that is if teams decide to start to ban Tristana away from Sneaky. In the gauntlet run before worlds C9 were running very different compositions from what teams will usually use. This could arguably be why they had so much success through out the gauntlet. They would put Sneaky on hard carries such as Vayne and Draven. I dont think this sort of composition will take them any further than quarter finals though as teams such as SKT will easily know how to play agaisnt them sort of champions.

Ultimately i think C9 will struggle more and more as worlds goes on. Hai will be alot more punished as he plays against better teams for his lesser jungle knowledge against the likes of more experienced junglers such as Clearlove and Bengi. I think Ball’s weakness will show through against the stronger more punishing top laners and he will be put behind against players such as Ssumday and MaRin. I think if Cloud 9 do want to go any further they will really have to play on their skills. Hai’s fearless shotcalling is a real asset that C9 could really play on to help them pull back  from a gold deficit. C9 also have a solid draft phase, Lemon being one of the first players to bring a notebook to the pick and ban phase and working so well with coach Bubbadub. If Cloud 9 are able to out pick there opponents and get a solid compositon they might just have a shot at world domination.