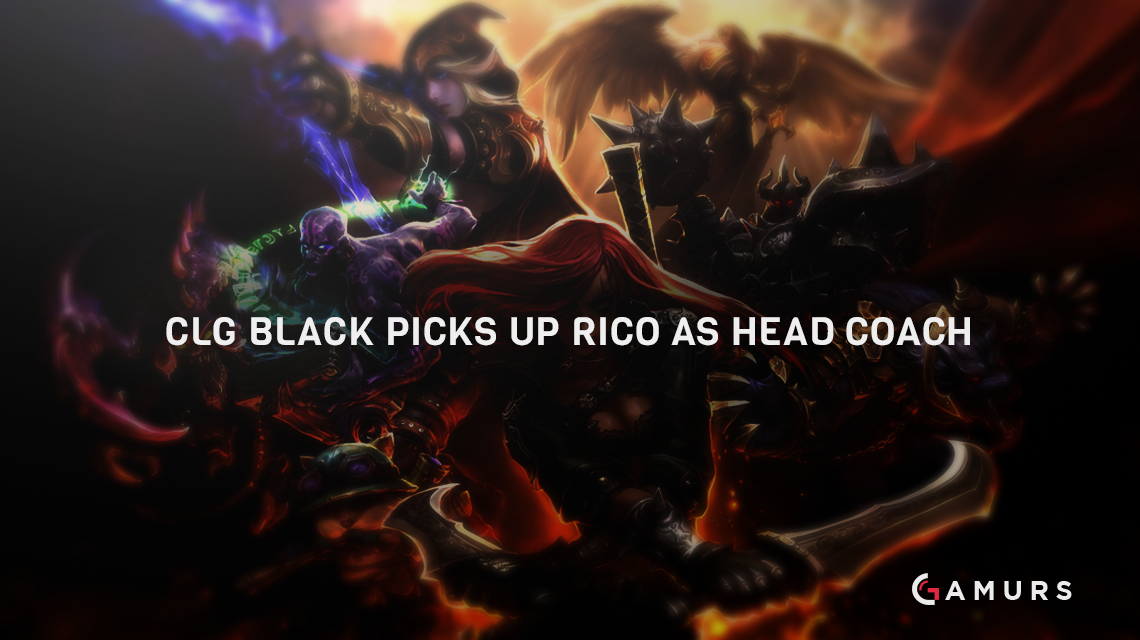 Announcing our Head Coach for CLG Black: @CLGRico! Happy to have you part of the #CLGFam!

Rico is not new to esports, having been Fnatic’s former team manager back in 2013. After that he had a run as Team Dignitas’s head coach at the end of the 2015 Spring Split. Rico had the following to say in the official statement:

“It’s a great honor to have been appointed by CLG as the Head Coach of CLG Black, taking upon the task that is to groom challenger players into LCS caliber players. This is a testament that CLG is legitimately interested in developing NA talent. My first contacts with the players and staff have been really good, and I can’t wait to work closely with those five individuals to mold them into players and a team that fits CLG’s high standards. This will also be an opportunity to be around the LCS team and have Coach Tony use CLG Black as a valuable resource. I cannot wait to get started.”

The roster of CLG Black is now as follows:

What do you think about CLG’s new coach? Let us know by commenting below or tweeting us @GAMURScom