In line with C9’s new pick-up of a new Challenger team roster, longstanding North American organization CLG has also decided to throw their hat into the Challenger scene. Their prospective team is currently playng under the name “crushed dreamz” on the ladder, and recently changed their names to include the CLG tag. (Credit goes to various members of the /r/clg subreddit for discovering this news.)

The lineup consists of:

ADC: i Kenny U

*KeithMcBrief, who Doublelift has publically praised as one of the top solo queue AD Carries in North America, has also spent time playing AD Carry for the team, but it is most likely as a substitute.

Westrice and Thinkcard are both well-known to North American fans, but the rest of the team consists of Challenger names. Easy has enjoyed success playing for Zenith e-sports. i Kenny U and Gremlin (formerly known as BabyZeus) are both role-swapping, from top and mid respectively. Kenny and  Zeus formerly played for XDG alongside Xmithie in the last Challenger split. 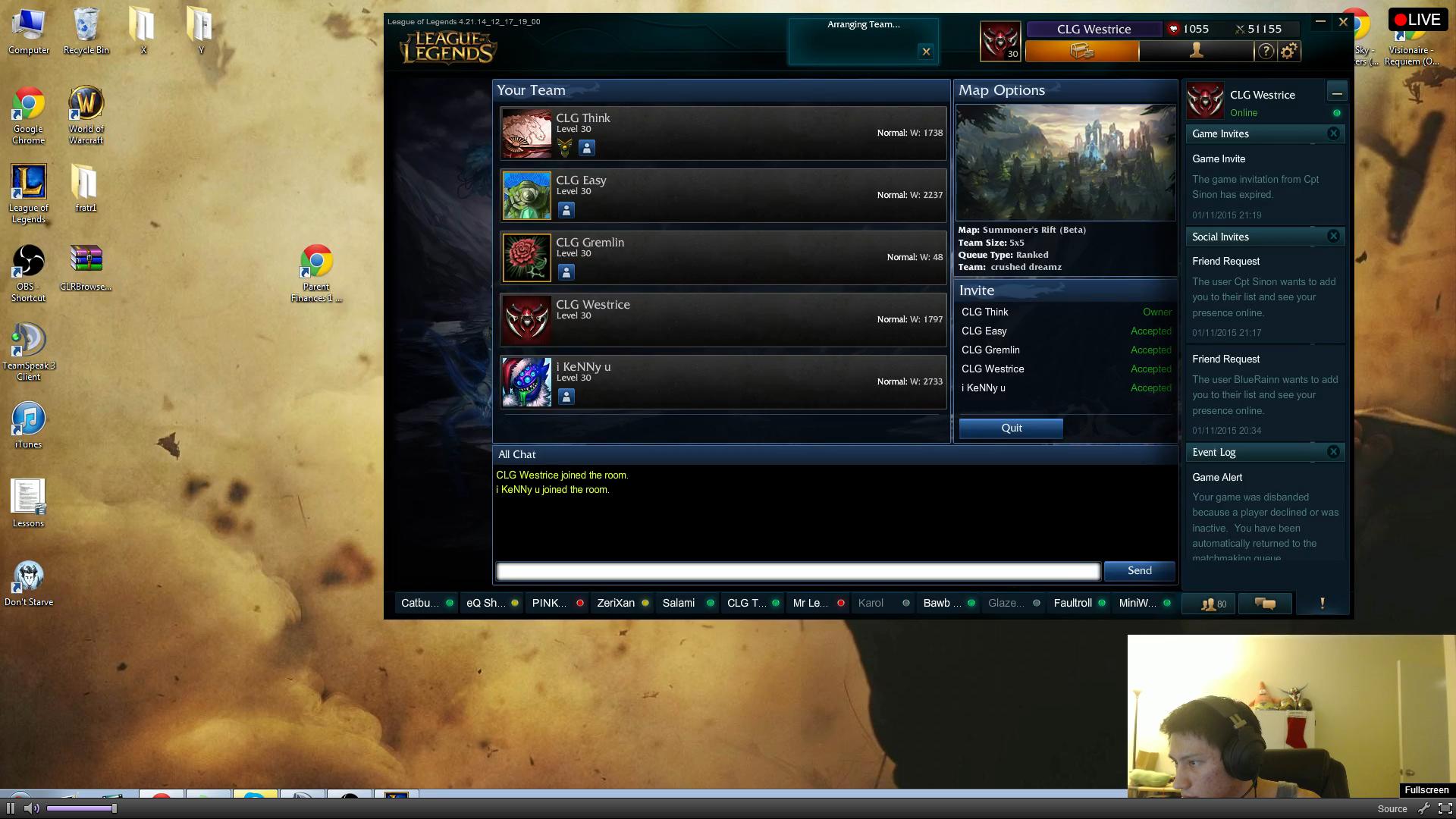