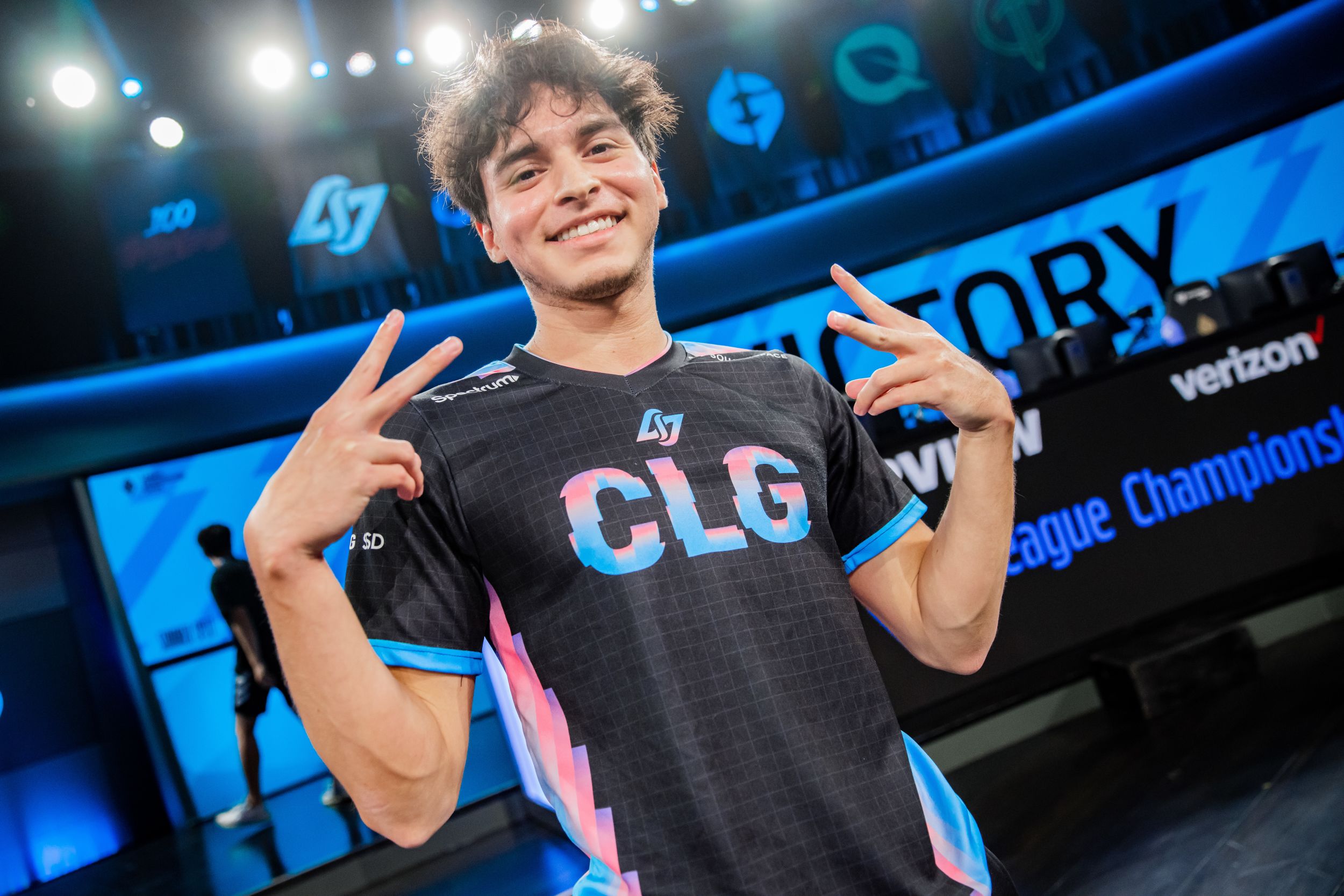 Counter Logic Gaming has emerged from the 2022 LCS Summer Split as a team that has exceeded any and all expectations. One of the most pivotal members of the team has been jungler Juan Arturo “Contractz” Garcia who, after a few shaky years, is now leading the team through an LCS Championship run in what has been one of the best years of the star’s professional League of Legends career.

Contractz was featured in the latest episode of the LCS “DRIVE” series where, for the first time in his pro career, the jungler got candid about his time both on and off stage.

He looked back on his time with Cloud9, where he made his debut in the LCS—which marked one of the best experiences of his life—and the following years where he felt a massive decrease in his motivation that impacted his performance.

During this time, Contractz found solace in players and coaches alike that understood his struggles and offered him advice on how to bounce back.

He told Dot Esports he particularly recalls a conversation with Kelsey Moser and PapaSmithy while he was on 100 Thieves Academy after the 2020 Spring Split that helped him return to a more positive mental space.

“They got my thoughts on the split, understood the amount of effort I was putting in, [and asked] what my future goals were looking like,” Contractz said.

“It, overall, set me up and got me into a pretty decent mindset I’d say going to summer. That offseason I really worked hard. I had a new change of perspective that definitely helped.”

Yet, as part of CLG this year, Contractz has emerged as one of the most aggressive junglers in the league and one that has been attributed with helping to take the org to heights it has not seen since the early days of the LCS.

He’s taken over as one of the forefront communicators on his team and believes this has helped him stand out among a sea of championship-contending junglers.

“I think I’m very creative with my pathing and I see a lot of angles other junglers wouldn’t see,” Contractz said. “I’m definitely a driving force in the early game that people have to prepare for.”

Unlike their performance in Summer which has afforded them a spot in the playoffs of the LCS Championship, CLG struggled immensely to pull their weight in Spring. They ended eighth and missed playoffs. Contractz attributes much of that to unstable communication in the team, but believes those mistakes gave the squad ample room to grow alongside one another.

This is the first LCS Playoffs that Palafox, Luger, and Poome have ever competed in, and the first for Dhokla since returning to the LCS stage. Contractz is well aware of his position as the veteran and is set on making sure the team remains focused on the goal of finals and Worlds, regardless of how long the tournament is.

“I think one of the most important things that we have to focus on is the amount of games we’re playing—it’s gonna be a very long run into Worlds now,” Contractz said.

“Our players are new but very experienced. As we get more comfortable in these best of fives [through the lower bracket], I think we’ll have a very good showing.”

In his debut split, Contractz earned the “rookie of the split” award, though since then has come close multiple times to adding more accolades to his collection. He then went on to win the Regional Finals and qualify for Worlds that same year.

But since then, Contractz has continued to come close to reaching that top League spot, though has been unable to grasp it.

Now, with the LCS Championship finals and Worlds so close, Contractz is looking at his immediate future for where he may reap the rewards he seeks. “This year’s not over yet,” Contractz said. “I’m trying to make it to Worlds, I’m trying to win a finals again. Until I hit that I won’t be satisfied.”

Contractz and the rest of CLG will continue their run through the LCS Championship through the lower bracket following their five-game loss to C9 today.

The squad will play Golden Guardians (8th) in the lower bracket next week.