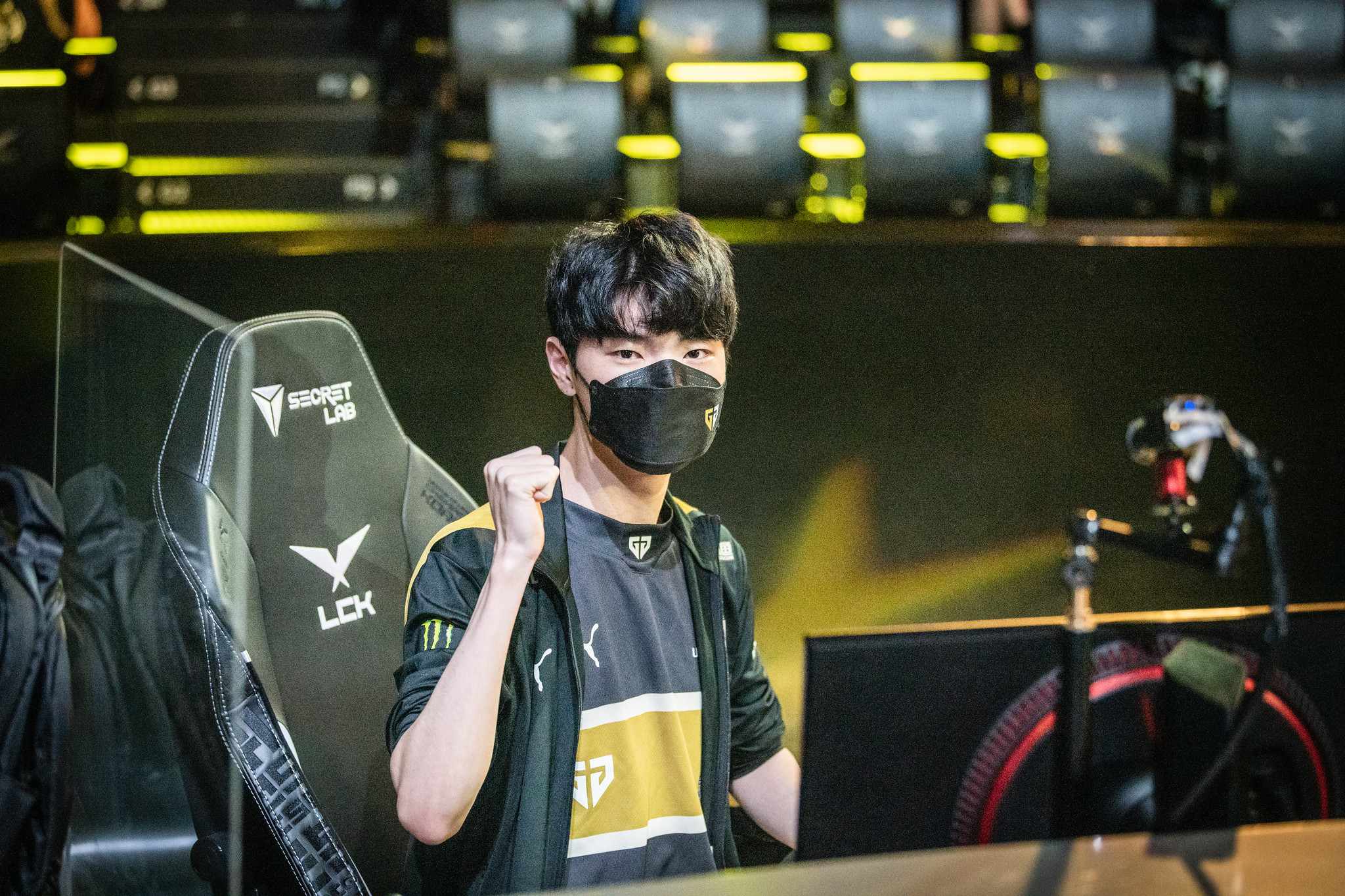 Gen.G extended their win streak to six matches in a sweeping victory over DRX today, thanks to the spectacular performances by Chovy and Ruler. In both games, DRX fell behind and were unable to mount comebacks while facing Gen.G’s aggression.

Chovy got to pick Ahri in both of his games, and while DRX’s Zeka also went with Taliyah in both games, the matchup remained in Gen.G’s favor. With the help of Spirit Rush ultimate, Chovy managed to weave through teamfights, targeting DRX’s squishy champions.

Oftentimes, his charms landed on the enemies successfully, allowing his teammates to earn extra kills. He went 7/0/5 in the first game, achieving his best KDA in the LCK Summer Split. He proved to be even more destructive in the second game, finishing with a 10/1/8 scoreline.

In the bottom lane, Ruler outshined his counterpart Deft in both games. Picking Zeri in game one, Ruler terrorized DRX on the map with his high mobility. Way ahead of the enemy ADC, Ruler used his advantage to jump directly into the enemy backline and shred DRX’s lineup.

In game two, Ruler’s Kalista secured four kills within the first 10 minutes, which helped him get a significant lead over Deft’s Zeri. As the match progressed, Gen.G locked up more map objectives and destroyed any chances of DRX making a comeback. Ruler went 6/2/6 and 7/1/8 in the two games, playing a crucial role in Gen.G’s series victory.

Gen.G’s next match will be a tough one; they face T1, with whom they are tied for first, on Saturday, July 30. With this loss, DRX is now in sixth place in the LCK Summer Split table. Their next match against Liiv SANDBOX will also be on July 30, starting at 3am CT.