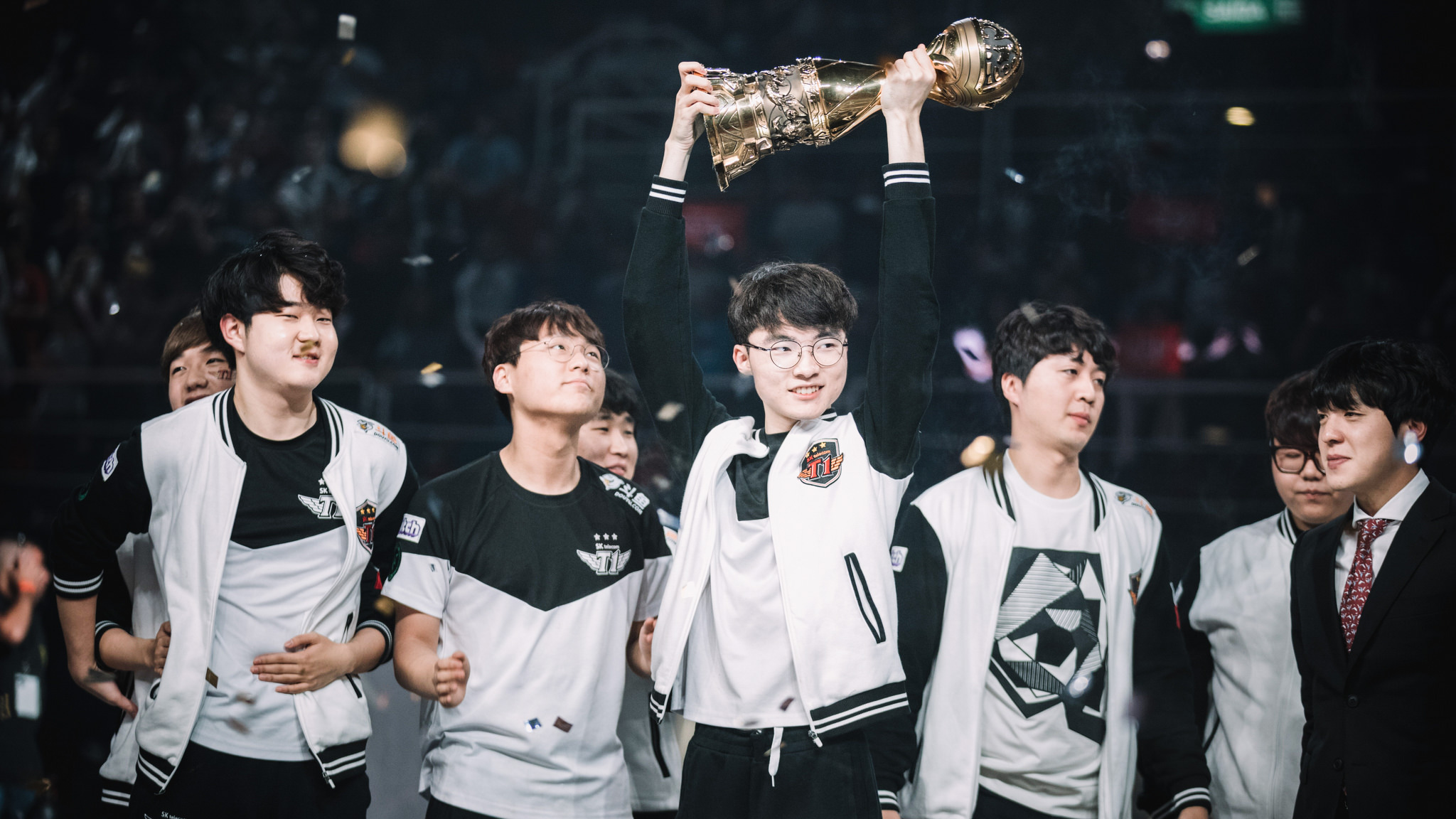 Chinese professional League of Legends is in a precarious state.

Sure, there’s a ton of hype in the scene right now because Worlds is being held in China. But it’s been a long time since an LPL team has been a real contender at an international tournament. Even Taiwan has a recent winner in Flash Wolves, despite representing a country that has less than two percent of China’s population.

But you wouldn’t have guessed that Chinese League teams are struggling from the way that Chinese esports media are roasting other regions. Tuwan, which roughly translates to “rabbit play,” first took aim at TSM, then G2. Both teams have been disappointments, so the videos proved prescient.

But the latest satire video from Tuwan took aim at SKT. You know, the team that has won two straight World Championships and is a huge favorite to take a third next month. Take a look:

The video smartly starts with top laners Heo “Huni” Seung-hoon and backup Park “Untara” Ui-jin who won’t be on the active Worlds roster. Both of those players have fed at times, and Huni in particular has a tendency to go way too ham in skirmishes and fights. The montage of Huni getting camped by KT over and over again is hilarious.

The part about Lee “Wolf” Jae-wan is amazing as well. He’s infamous for his inability to dodge skillshots, and the part about him absorbing ADC Bae “Bang” Jun-sik’s weight is lit.

But then the video turns its attention to Lee “Faker” Sang-hyeok. You know, the most dominant player in esports history. Tuwan satirizes everything from Faker picking his nose onstage to his failing flashes on the Rift. Tuwan must not have read how Faker likes to play angry. A fired up and motivated Faker could spell disaster for EDG in the group stage.

They were smart, however, in not touching on coach Kim “kkOma” Jung-gyung. kkOma likes to play things close to the vest—you won’t find many interviews where he reveals his true feelings. But from the way that he coaches SKT after losses to the way that he drafts against teams that he feels have slighted him, you can tell that kkOma has a liking for vengeance.

It was smart for them to leave kkOma out of this. Make him mad, and SKT may start setting records for how quickly they finish games.

After two successful roasts of the LCS regions, it looks like Tuwan over-reached a little with this one. But don’t worry, because there’s plenty of satire fodder lying in their backyard, all they have to do is take a look at the Chinese domestic teams. Tuwan has roasted LPL teams before, but there’s more to be found.

EDG has been a huge disappointment since winning MSI over two years ago. And don’t even bring up Royal, which rode a massive amount of bracket luck to two straight Worlds Finals appearances and haven’t done a thing since.

It’s embarrassing that a region with the most League players still hasn’t won Worlds. Even Taiwan has a champion in Taipei Assassins. There’s plenty of material to look at, whether it’s Jian “Uzi” Zi-hao’s magnificent failures in finals of all types to Ming “Clearlove” Kai’s incomparable ability to choke at Worlds.