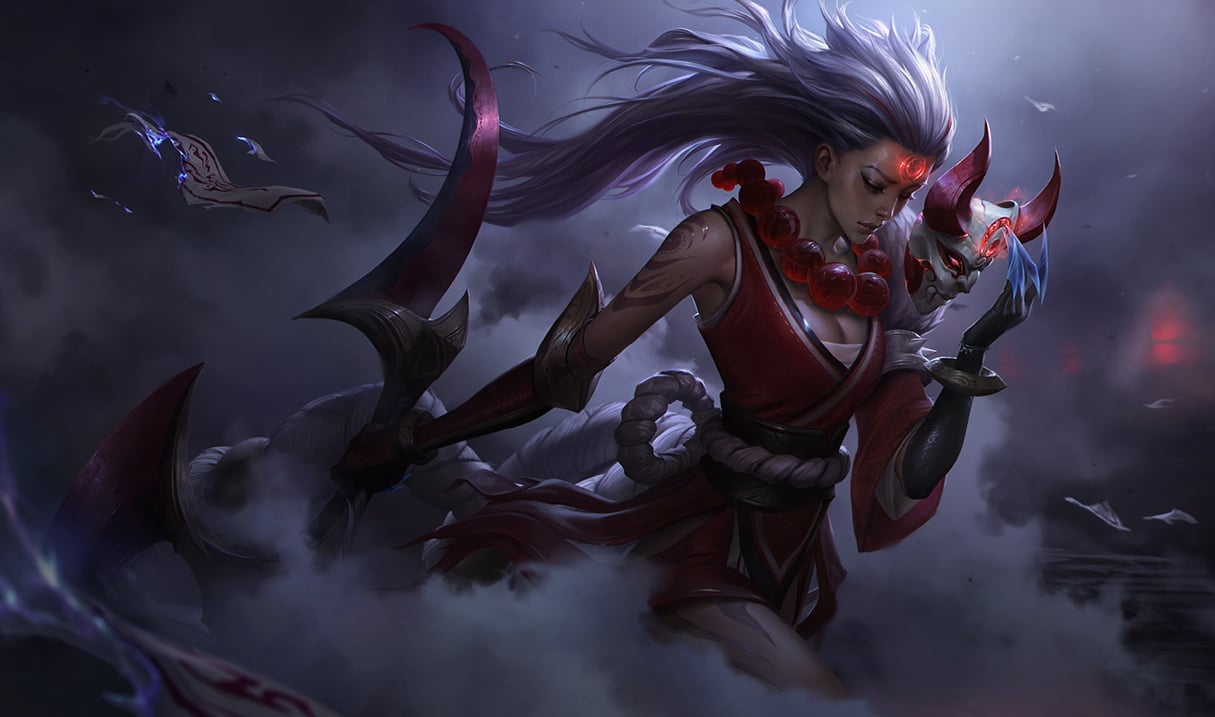 Diana has some huge changes on the way for the next patch, according to the latest PBE update.

It’s no secret that she needs some love. She has a playrate of less than one percent and an abysmal winrate below 48 percent, according to Champion.gg, a League of Legends stats website. Her stats leave a lot to be desired, and it’s never been more obvious that a champion needs special attention. Diana’s problems are more deep-seated than some imbalance though, and regular nerfs and buffs aren’t going to solve the real problems.

Diana is definitely a cool champion. She was cast out by her people for worshiping the moon instead of the sun, and the moon grants her incredible power in return. Her theme is awesome, and her ability kit actually delivers on making you feel like you’re playing an angry, intimidating moon warrior. Unfortunately, though, that’s about all she’s good for at the moment—feeling cool.

Her abilities work against what she’s designed to do. For starters, she’s a case of total feast or total famine. Without kills to rack up a lot of gold quickly to buy expensive items, she’s completely useless. If she gets some kills early though and builds a snowball, there aren’t actually many champions that can stop her. That’s the exact problem that most assassins had before the class update last year.

Diana wasn’t updated, though, because she’s not classified as an assassin. Assassins have the ability to get in and out of fights craftily to work around their cooldowns. Diana can’t; she’s very linear. Her skill rotation is very clear with little adaptability, and once she dives in, she’s either getting the kill or she’s dying. There’s nothing intelligent about her kit. She mashes abilities in a specific order, and she either gets the kill or she doesn’t based on how much damage those abilities deal. There’s no outplaying and no reacting. Because of that, if her abilities are simply buffed, she’ll be way too strong because she’ll kill things too quickly. If she’s nerfed, it’s the opposite problem. In order to be viable, her kit needs to be changed to be easier to balance and more healthy to play.

The changes that were introduced on the PBE yesterday are just the beginning of what she needs, and by themselves, they likely won’t be enough. For starters, the 20 percent attack speed boost on her passive is being removed, and her E, Moonfall, will now grant a larger chunk of attack speed when she uses it. The boost will start at 40 percent and will grow to 80 percent at max rank. This is good for her engages on champions, as it will force her to use her three auto attacks after diving in to get full use of her combo, but it’s not great news for her jungle presence.

In order to clear camps effectively now, Diana will have to use Moonfall on monsters. It costs a lot of mana, and the cooldown is too significant to be able to use it often and still have it ready for ganks. The cooldown on her Q is also being lowered at early ranks, which will help with her camp clear earlier in the game, but not by too much. Shifting her attack speed steroid to another ability makes her engages a little more meaningful, but she still lacks the tankiness to be a proper diver and the mobility to be a proper assassin. Perhaps strengthening her shield and moving the attack speed buff to her W would make more sense, but this should still be better for her compared to her performance in the game right now.

The changes are slated for Patch 7.14, but they’re extremely tentative and may be changed or removed at any point before the patch actually goes live in a couple weeks.